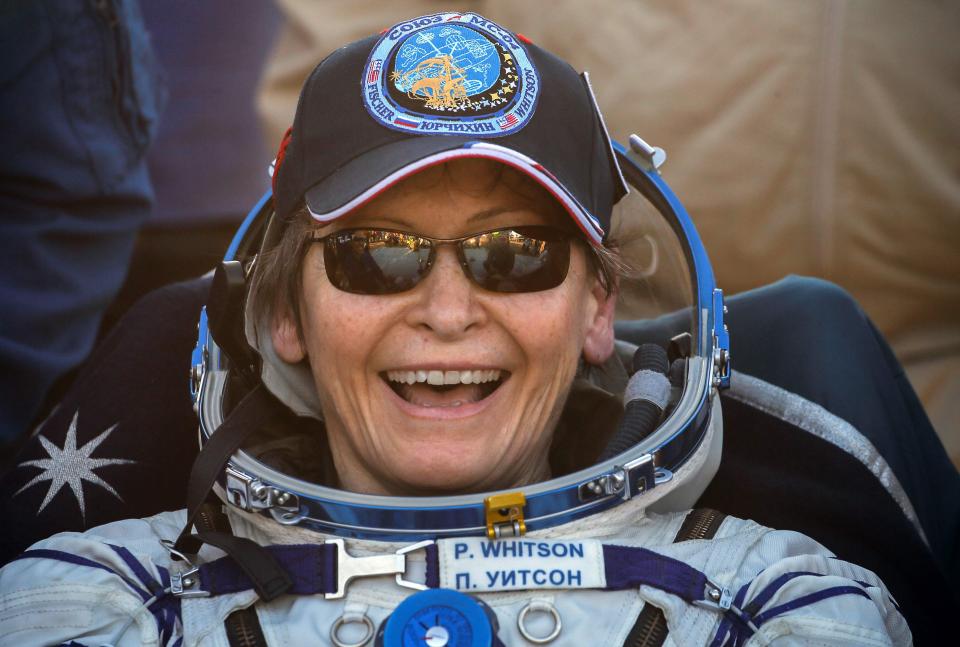 It was a great day for NASA as well as U.S. because their record breaking astronaut Peggy Whitson returned to earth safely and successfully landed on Earth’s surface on September 3. She along with other two space travelers took off from the International Space Station (ISS) on September 2 through their Soyuz MS-04 spacecraft and had a smooth landing on the steppes of Kazakhstan.

It was a special day for NASA’s astronaut Peggy Whitson as she became the first American to have a record-breaking 665 days in space for a cumulative period. She was given an extended 288 days mission to the International Space Station, and as a result, she achieved this new record. Her crew mates, Russian cosmonaut Fyodor Yurchikhin and NASA’s astronaut Jack Fischer, spent 136 days in ISS. Fischer and Yurchikhin reached at the ISS in April in  Expedition 51/52 along with a vacant seat in the Soyuz.

Whitson had arrived earlier in November through Expedition 50/51, and her extended stay was finalized by both NASA and Roscosmos (Russia’s space agency). After all three seats were filled the Soyuz MS-04 undocked from the Poisk module of ISS for a 3-hour and 24-minute journey towards Earth, and after three hours the Soyuz cruised into the earth’s atmosphere at a speed of over 800 km/h.

Although the extreme friction with atmosphere increased the outside temperature of the Soyuz spacecraft its heat shield ensured that the crew is on the cooler side. A series of parachutes along with a last second burn of six soft-landing engines helped the Soyuz attain a smooth and safe landing. The recovery teams were carefully watching the landing of the spacecraft from their helicopters and after the landing, they reached the spot to take out the space travelers from the capsule and took them to Kazakhstan’s Karaganda Airport for a warm welcome.

All of them were reported to be all right and will undergo a 45-day physical rehabilitation as well as series of medical tests consisting of both health reasons and scientific research.Due to the devastating effects of Hurricane Harvey, NASA’s Gulfstream jet could not come to Karaganda, and hence European Space agency offered a plane which took both Whitson and Fischer to European Astronaut Centre in Cologne Germany and from there they will go to NASA’s Johnson Space Centre in Houston through the Gulfstream jet.

Yurchikhin directly went back to Russia’s Cosmonaut Centre in Moscow. Yurchikhin is now in the seventh place of all time spaceflight endurance list after spending a total of 673 days in space through five flights. Peggy Whitson has also become the first woman of any nationality to have the longest single spaceflight, through his extended 288 days in Space.