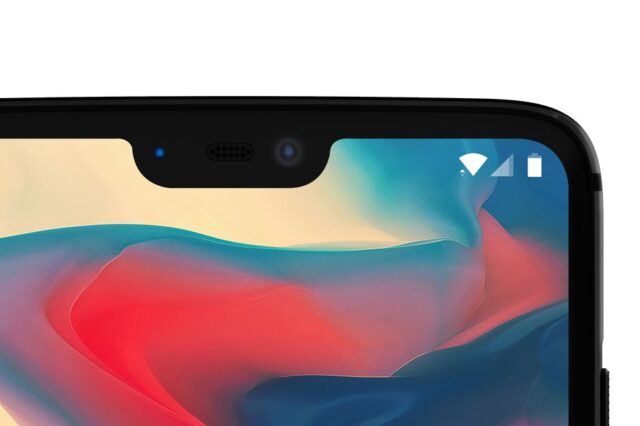 It is now official; the OnePlus 6 will indeed have a notch at the top as on the iPhone X. And the confirmation to this effect comes from none other than Carl Pei, co-founder of the Chinese firm.

In fact, Pei even shared an actual image of the upcoming flagship to The Verge depicting the notch. While the similarity with the Apple iPhone X strikes right away, what is also evident is that the notch is slightly smaller than on the Apple phone.

Pei explained they didn’t need to pack in as many sensors as they aren’t offering anything like Face ID and hence went for a smaller notch. That said, it still is wider than the same on the Essential phone which has the notch that looks like an enlarged dot.

Pei also said the adoption of a notched design theme has been done after enough deliberation and is notwithstanding the general dislike among Android users for the same. The executive said their desire to offer a larger viewing area overrode concerns of any negative perceptions that users might have of the notch.

Also, while it is the Essential phone that is credited to have started with the notch design theme before anyone else, the thing really hit limelight with the Apple iPhone X. In fact, it is the anniversary iPhone device that is better recognised to have a notch than anything else. So much that all subsequent phone designs that featured a notch have come to be identified as iPhone X look alike.

Also while there is no dearth of phones emulating the iconic iPhone X design, OnePlus co-founder said they aren’t just stopping at the design aspect of it. Instead, the company is working on the software front as well to ensure users of the phone have a seamless viewing experience.

That includes testing the top 1000 Android Play Store apps to see how they behave with the notch at the top. Also, video play back is being optimised to ensure the notch remains hidden when viewing videos in full screen. In other words, OnePlus 6 won’t likely be just another Android device with a notch but will have enough software modifications to allow living with that thing is not much of a chore.

Pei meanwhile also sort of confirmed the OnePlus 6 will have a chin claiming it is inevitable for Android devices. Pei said that portion hosts a ribbon that is needed to connect the front display with the logic board of the phone. So expect a chin on the OnePlus 6 as well.

So the next OnePlus flagship will have an iPhone X-like notch at the top and, shall we say, an Essential Phone-like chin at the bottom. Just the other day another unconfirmed leak revealed a wooden textured rear of the OnePlus 6, much to the liking of its fans. It remains to be seen how fans react to the device now that the front is revealed.

In another speculation, with the OnePlus 6 official image looking to have reached the final stage already, chances are that the phone will see an earlier release than the June-July launch that Lau had hinted during the CES.