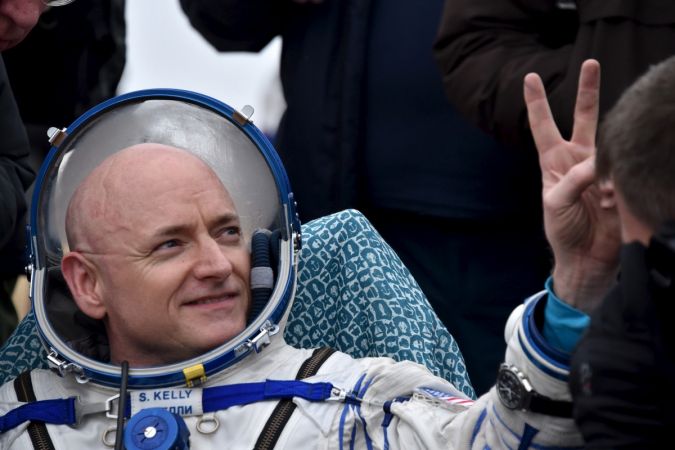 Scott Kelly NASA astronaut and Mikhail Kornienko Russian cosmonaut returned to Earth after spending 340 days in space to find a different planet. Scott Kelly returned from the International Space Station with two of his comrades after record U.S. spaceflight.

NASA announced the successful landing earlier today together with Russian Mission Control. The three astronauts landed using a Russian Soyuz capsule after a seven-hour log journey from the International Space Station. The astronauts are expected to go through field tests to determine whether they are healthy.

The tests are a requirement because spending more than six months in space can disrupt a person’s blood circulation as well as disrupting body balance thus making it a bit hard to get used to the earth’s gravity again.

NASA had however provided some instruments for the Astronauts to use to prevent the adverse effects of staying so long in a gravity free zone. Some of the activities that the astronauts will be expected to do for the tests include standing up after sitting and climbing ladders. Scott Kelly is also scheduled to travel back to Houston Texas where NASA will proceed with more tests.

During his space mission, Kelly collected many samples to determine the effect that gravity might have on his body. Scientists will continue to carry out tests on his samples for the rest of the year determines how his body will adjust itself to coming back to earth.

The research findings will be vital to scientists because it will help scientists to find out more about how prolonged durations in space might influence the human body. It will also assist them to prepare better for future space expeditions especially those that will take long terms.

The success of the mission mark’s NASA’s advancement and ability to overcome what was once viewed as impossible as well as building a foundation for future space missions especially those that will propel astronauts further from earth. Kelly’s one-year stay in space was the fourth time he has gone to space.