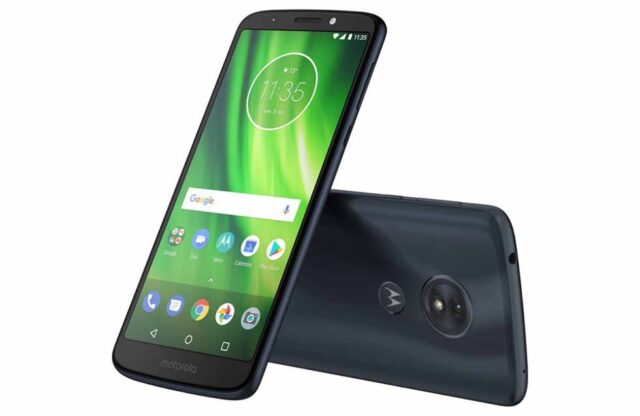 Motorola has introduced the latest iteration of its G-series of handsets, the Moto G6 and Moto G6 Play in India, thereby further intensifying competition in the mid-range segment in the country. Read on to find out more.

First off, the Moto G6 Play happens to be the more affordable of the lot, with a price tag of Rs. 11,999, Gadet 360 reported. The G6 meanwhile starts at Rs. 13,999 for the base model and tops out at Rs. 15,999. Both the phones now sport 18:9 displays which makes them a bit longish than their predecessors. This along with its pricing also makes the phone to be in direct competition with the Redmi Note 5 Pro and the more recent Asus Zenfone Max Pro M1.

Specifically, the G6 comes with a 5.7-inch full HD+ ‘Max Vision’ display. Powering the phone is the Snapdragon 430 octa core chipset coupled to an Adreno 506 GPU along with 3 GB RAM and 32 GB ROM. Then there is another version as well that comes with a 4 GB RAM and 64 GB of ROM. The native storage on both the versions is further expandable to a max of 128 GB using microSD cards.

On the rear, the phone comes with 12 and 5 MP cameras which together with the LED flash is housed within a raised circular housing. The phone runs Android 8.0 right out of the gates and get its juice from a 3,000mAh battery. A 16 MP camera at the front should entice selfie fans. The phone will be available exclusively via Amazon in the country.

The G6 Play, on the other hand, sports the same 5.7-inch full HD+ ‘Max Vision’ display but is built around a Snapdragon 430 octa-core chipset. The phone also boasts of the same 3 GB RAM and 32 GB ROM combo though there is no higher end version with more memory and storage on offer.

The G6 Play has a better battery rating at 4,000mAh and has a single lens 13 MP at the rear. Also, its an 8 MP camera that allows for selfie shots. Further, the G6 Play too has Android Oreo as the default operating system. The G6 Play will be exclusive to Flipkart in the country.

Sale of both phones in India start at midnight on the respective retail sites.