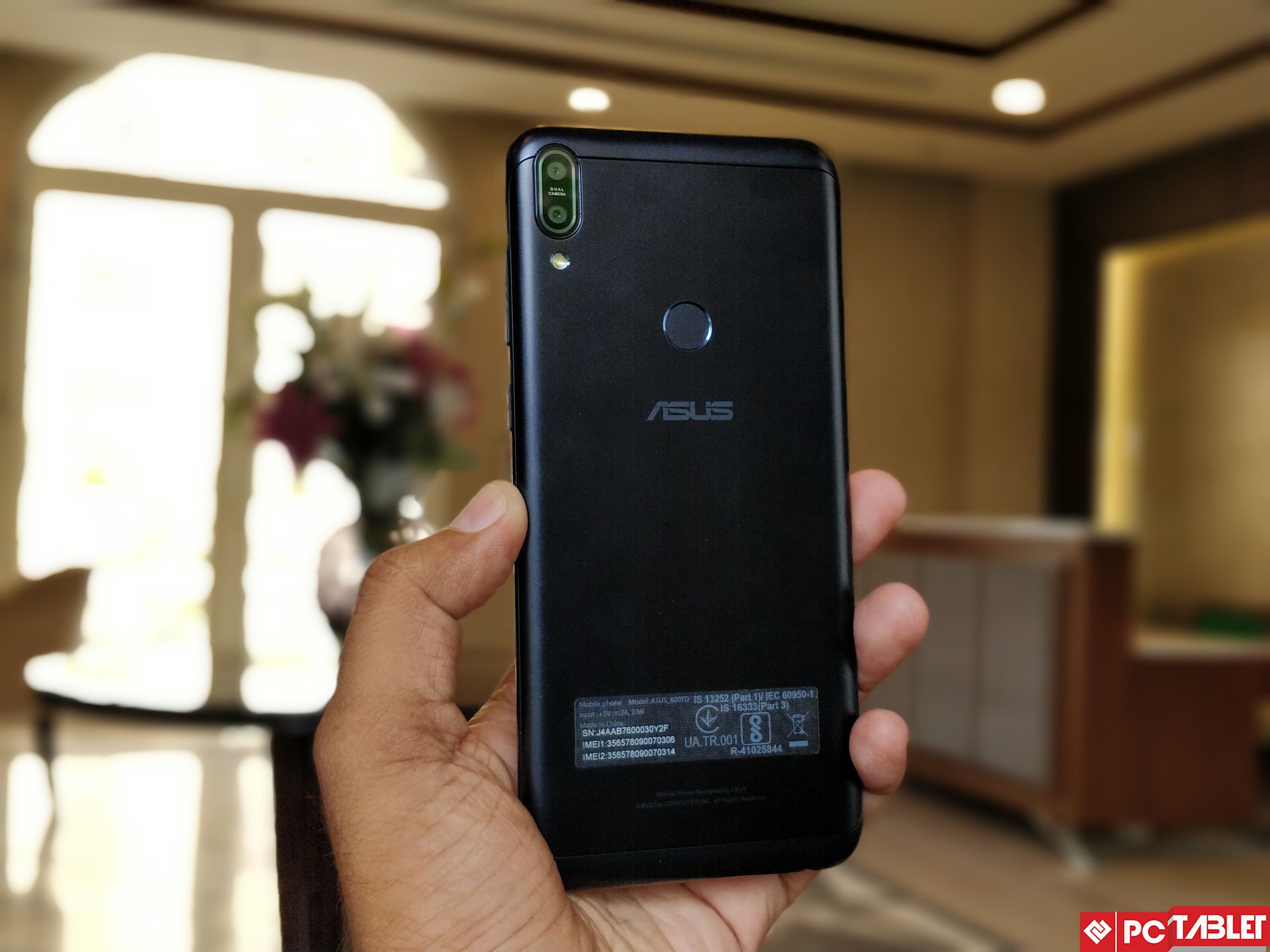 ASUS, the leader in the PC segment has seen its fair share of ups and downs in the Indian mobile market. ASUS has been experimenting with their smartphone strategy for a while now, with the Selfie focused Zenfone 4 series, developer-focused Zenfone AR and the Photography focused Zenfone Zoom. But hasn’t been able to make a mark for itself in the already crowded smartphone space, with the all-new Zenfone Max Pro M1 it seems like ASUS has finally hit the sweet spot.

It’s no doubt that with the Max Pro M1, ASUS has taken inspiration from the biggest budget smartphone player ‘Xiaomi’ followed by Motorola (in terms of software). Zenfone Max Pro M1 was designed to take on the Xiaomi Redmi Note 5 twins. From the design to the Hardware to the brilliant price, it’s the same recipe that Xiaomi has been for a while now. In terms of Hardware, it is neck to neck to the Redmi Note 5 twins but it’s the software that takes the lead.

We have been using the Zenfone Max Pro M1 for a couple of days now. The unit we have comes with 3GB RAM and 32GB Storage with pre-production software. If the final software version has major changes, we will update the post accordingly. 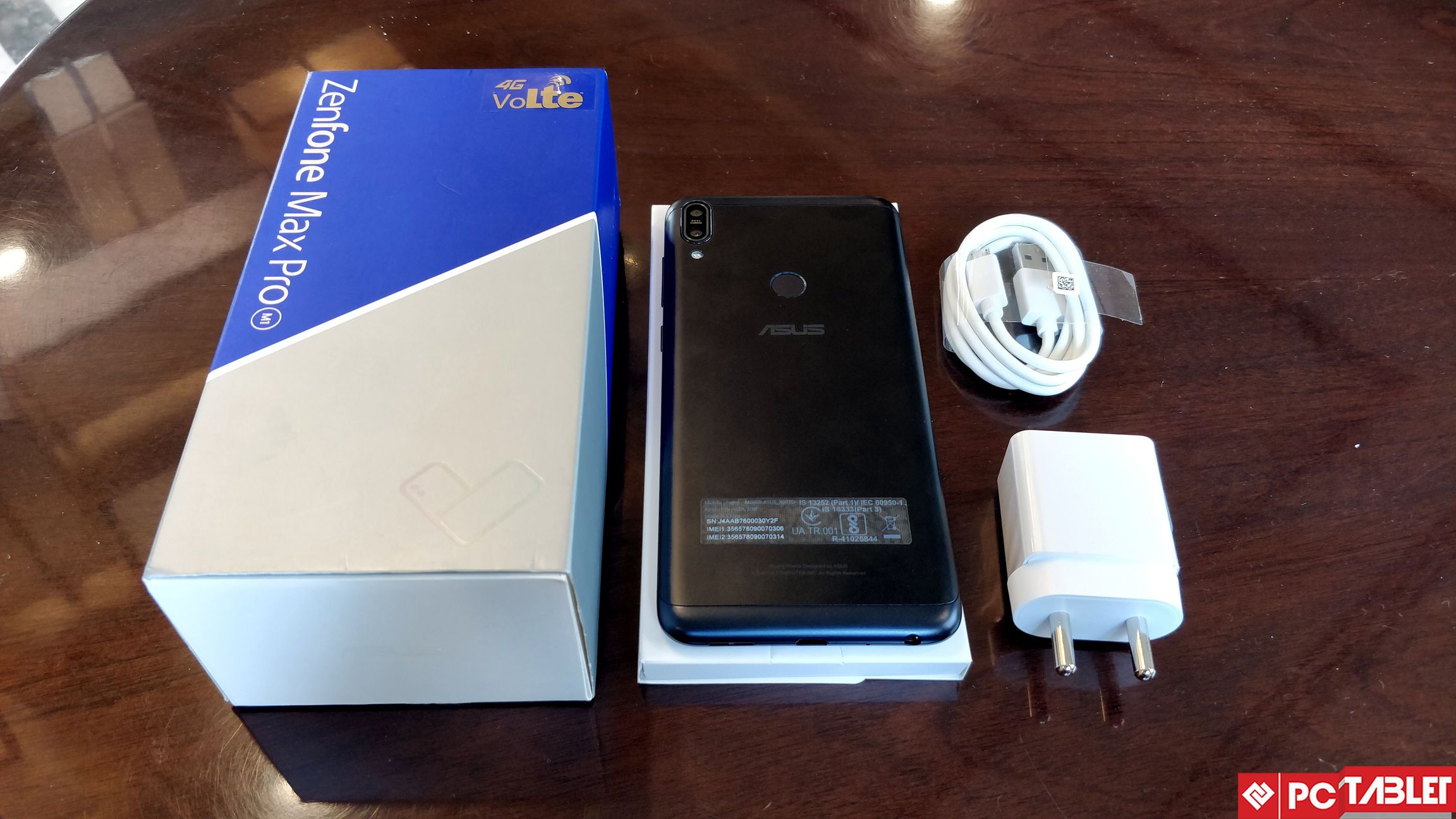 There is no change in the box design, it’s the same one that ASUS has been using for other models as well. The box can be opened with a slide out sleeve, revealing the documentation and the Max-Box. Underneath lies the smartphone followed by accessories.

A complete list of items you get inside the box :

ASUS has gone with the plain conservative design, which makes it quite a good looking smartphone. The phone has an aluminum construction and will be available in 2 colors, Grey and Midnight Black. The unit we have is the ‘Midnight Black’ which looks more like navy blue color under good lighting. So it’s safe to say that “Blue is the New Black”. 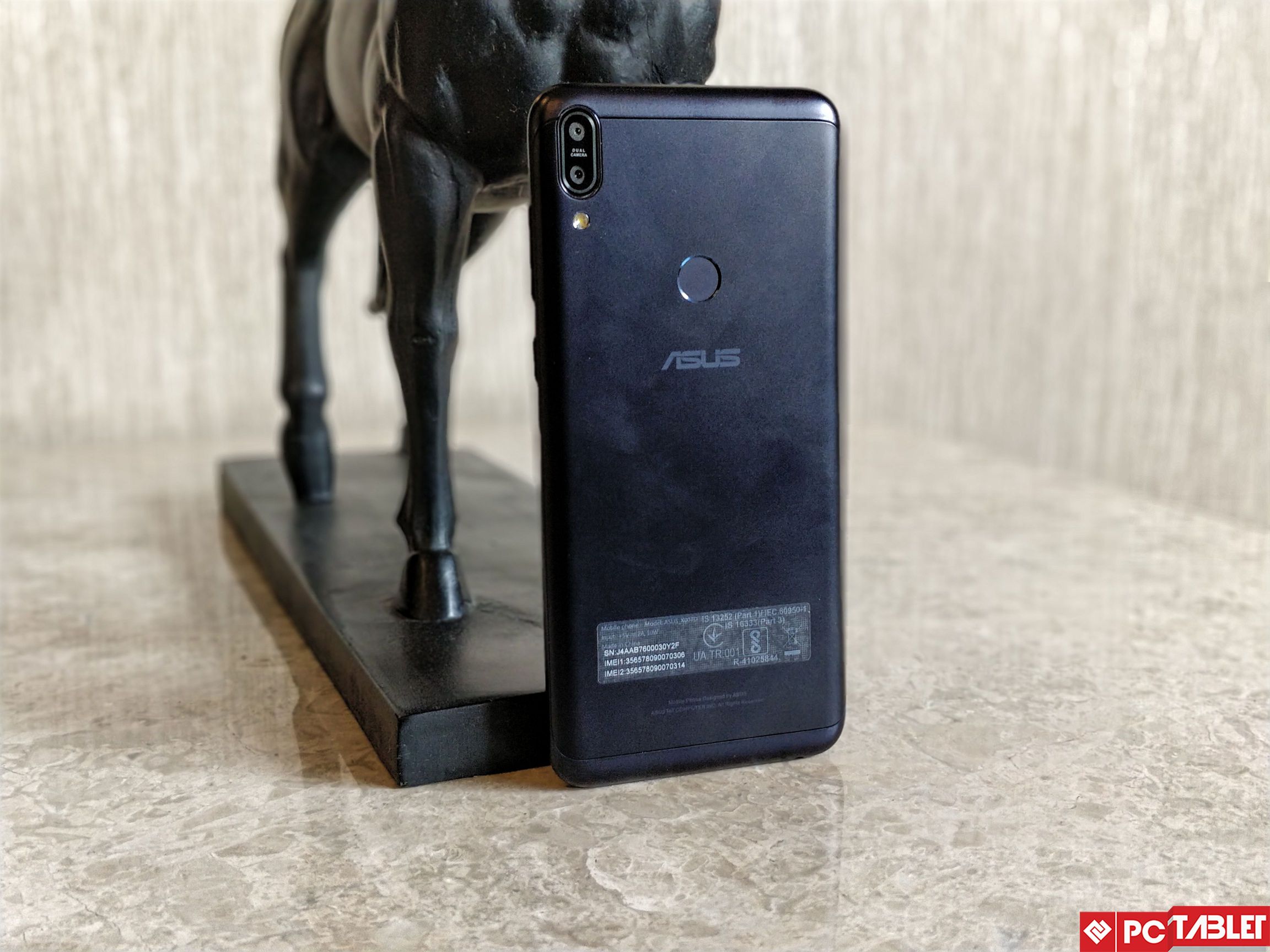 While looking at the display the phone seems posh. The front of the device is dominated by the 5.99 inches 18:9 display with rounded corners and front camera with an LED flash. The bottom of the smartphones houses the USB 2.0 port. 3.5mm audio jack and a speaker grill. The power button and the volume rockers are placed on the right side, with the power button having a texture to differentiate it. The tray on the left has cut-outs for two Nano-SIMs as well as a microSD card.

Asus has used what it calls “high-quality durable glass” on the front, which in our opinion is just another tempered glass and we highly suggest on putting a screen guard on it. ASUS did manage to make the dual-camera module protrude less. The massive 5,000 mAh battery does make the phone a little thick at 8.61mm. The fingerprint is fast and is perfectly placed on the back-center of the phone.

Just like its nearest competitor the “Redmi Note 5 Pro”, the ASUS Max Pro M1 has an 18:9 ratio 5.99-inch screen with an FHD+ resolution of 2160x1080p. Max Pro M1 is the first ASUS smartphone in the Indian market to embrace the new taller 18:9 displays. The IPS LCD used here has good color reproduction and comes with features such as Adaptive brightness, Night Light. In addition to these, there are also options to select the font size, display size and tone of the screen as well. 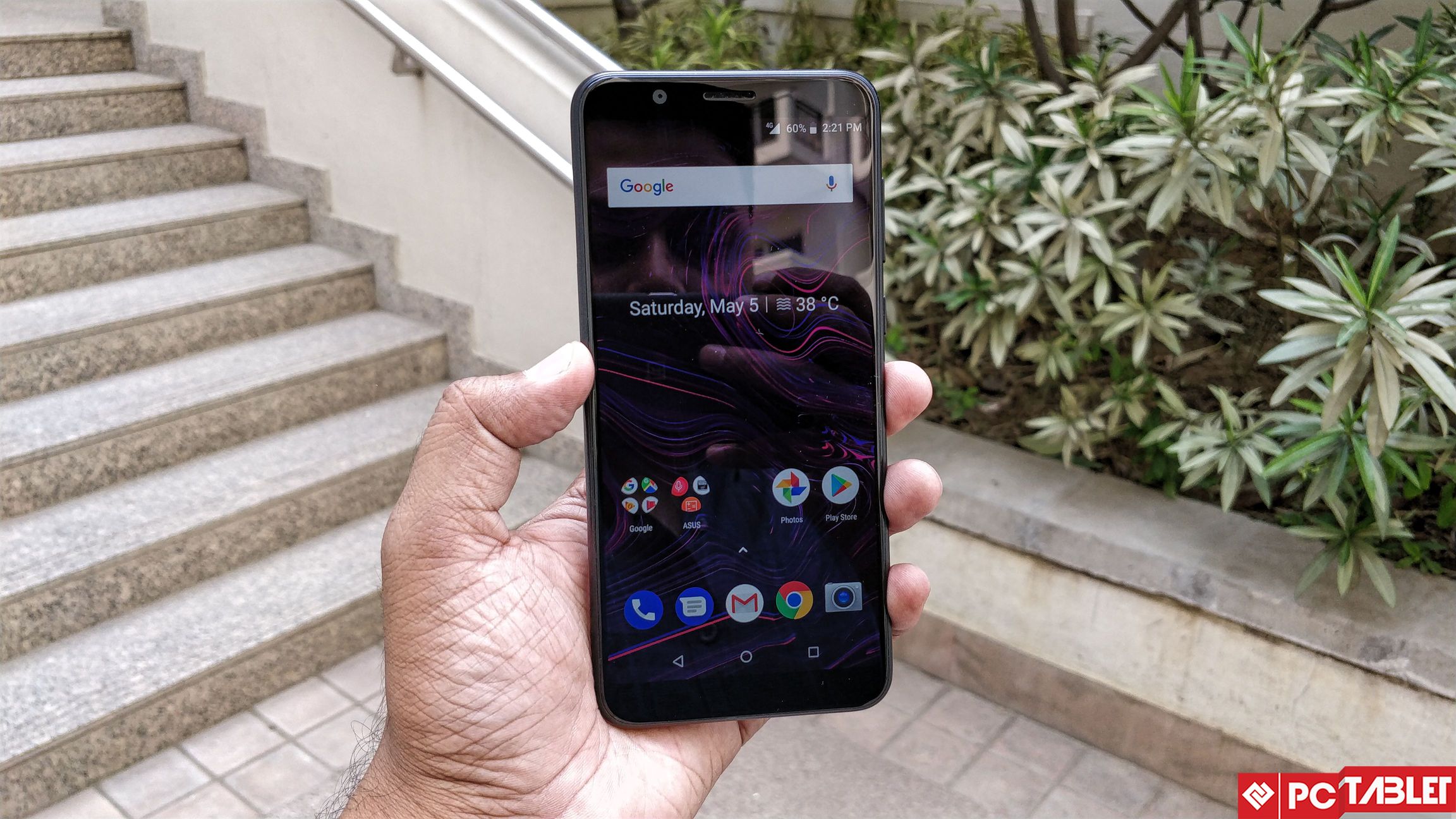 Overall we didn’t have any complaints about the display. The outdoor legibility is great thanks to the 450 nits display. Due to the resolution, the text is crisp and you’ll hardly encounter any pixelation. This all makes the display perfect for content consumption.

One of the biggest surprises with Max Pro M1 is the near stock Android experience. Motorola has done it in the past and was one of the main selling points for them. ASUS says that they did some market research and found out that people really want a stock Android phone. The departure of ZenUI is very welcoming. One thing to note here is that though the smartphone comes with Stock Android, it’s still not under the Android One Program. Meaning the updates won’t be provided by the Google, instead will come from ASUS themselves.

The phone comes with Android 8.1 Oreo out of the Box with the latest security patch, ASUS plans to update Max Pro M1 till Android Q, which for some might be the biggest MSP of this product. Since its now totally Stock Android, ASUS has supplied Max Pro M1 with Calculator, sound recorder and an FM Radio app, along with Facebook, Instagram, and Messenger, keeping the software experience as clean as possible.

Android 8.1 brings a bunch of features to the table, like safe browsing over chrome, Neural Network API, battery updated and an overall smooth User Interface. ASUS has thrown in a couple of gestures as well. The one thing to mention is the FaceUnlock feature which was enabled in the latest update. ASUS does need to work on the stability and optimization of it but it sure can be used as an extra way to unlock your smartphone.

The ASUS Max Pro M1 comes with the latest Qualcomm Snapdragon 636 processor which is based on the 14nm construction making it more power efficient. If plain benchmarks are concerned the Max Pro scores similarly to its rival Redmi Note 5 Pro which also features the same processor. But the Max Pro takes the lead with the Stock Android.

The RAM management is on par with other smartphones and features like split screen works great. Switching between apps, browsing the web is snappy. The Max Pro M1 in addition to the dual 4G SIM card slots also has a dedicated microSD card slot which can take an up to 2TB card. Thanks to the portioning system that whole external storage can be converted to internal storage. 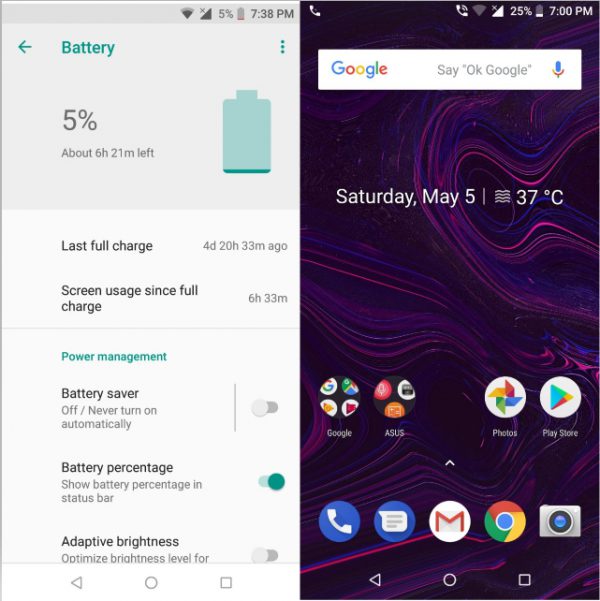 The Max Pro sure can handle graphics intensive games like Asphalt 8 and PUBG like a pro. We didn’t encounter any lag or dropped frames with minimal heating. If gaming is your priority, this phone won’t disappoint you.

ASUS has supplied the Max Pro with a massive 5,000 mAh battery, which can easily last 2 days on medium usage. We got around 6 hours of screen on time and our unit lasted whole 3 days. Casual users can easily churn out around 8-9 hours screen on time from this phone, with no need charge it for at least 2 days. The phone charges in under 3 hours from 0-100% with the supplied 10W charger. 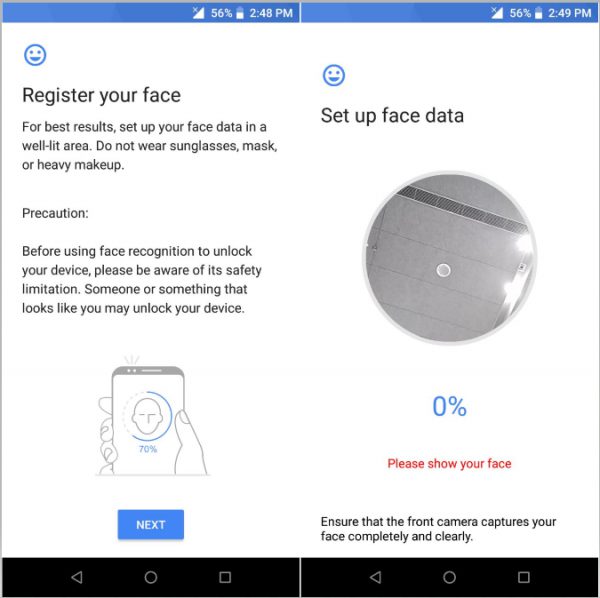 Coming to the audio, since the phone runs on Stock Android, the default music app is Google Play Music, which gives a good experience. The bottom firing mono speaker on the Max Pro is one of the loudest that we have come across recently. The sound signature is well balanced and the speaker doesn’t distort that much at higher volumes.

For audio heads, the smartphone comes with the Snapdragon Equalizer app that gives you the option to choose from various pre-set audio settings and a custom dial to fine tune the audio playback. The NXP audio is a cherry on top.

ASUS Zenfone Max Pro M1 will also be supplied with a cardboard box accessory called the ‘Max Box’ which according to them can acoustically amplify the speaker output. In our tests, we found it more or less like a gimmick only. Though it was proven useful while taking calls on loudspeaker mode but won’t make much difference while listening to music as it just increases the loudness but at the same time the clarity and effects take a huge hit. Though it can be a good phone holder!

One of the main aspect that most of the budget smartphones fail to offer is a good Camera and this phone is no exception. ASUS has gone with the dual-camera system on Max Pro M1, there’s a main 13MP Sensor backed by a 5MP depth sensor. On the front there an 8MP Selfie shooter coupled with a flash.

Everything on the paper looks promising but what dents this is the camera app and the software handling all sort of image processing on this phone. The camera app is a little confusing, where the controls aren’t laid in a simplified manner. Instead of going with a portrait mode, ASUS simply stuck a toggle and named it ‘depth mode’, half of the times the toggle didn’t really work. There’s no indication of the scene you are shooting on the viewfinder. 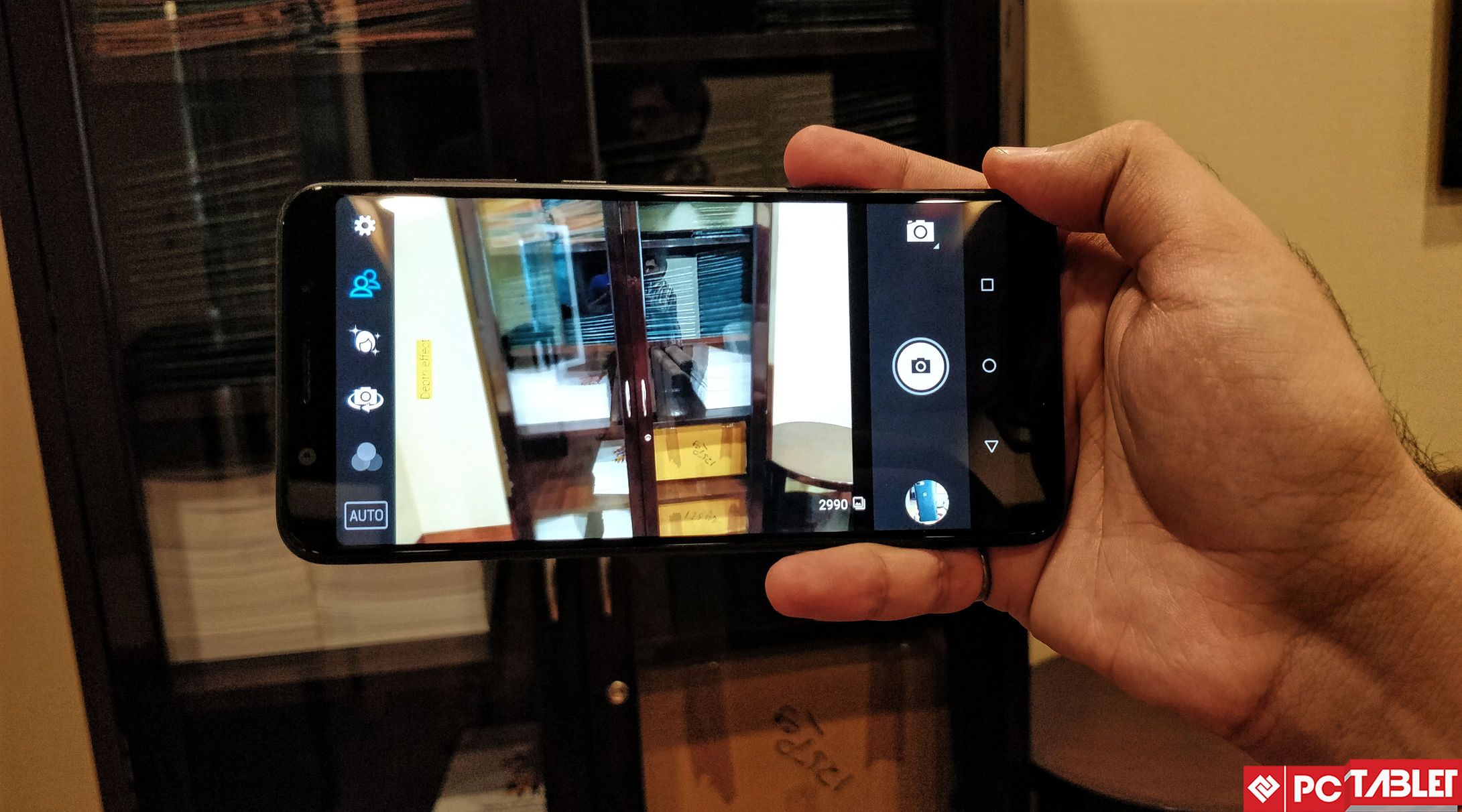 The rear cameras can shoot 4K videos and there are two types of them (DCI and UHD). The jittery focus ruins the video. We didn’t find EIS at work at all actually, but there’s the option to stabilize the video while editing and that just makes the whole video wobbly.

The camera performs well in daylight and pictures we clicked had a good amount of details in them. The colors are accurate and pop. The depth-mode produced decent shots, with proper edge detection in daylight.

Night shots are where budget smartphones suffer and so does the Max Pro. The camera takes a long time to lock focus in low-light conditions and the images taken were felt overly processed.

The front camera produced good selfie photos and ASUS has provided the beatification mode to up the level of selfies even more. The flash needs to be a little soft though, as it over brightens the shot at times.

With the last software update we got at the time of reviewing the phone, the option to turn on the front camera flash simply doesn’t work. Our advice to ASUS would be to overhaul the camera app in the coming updates. 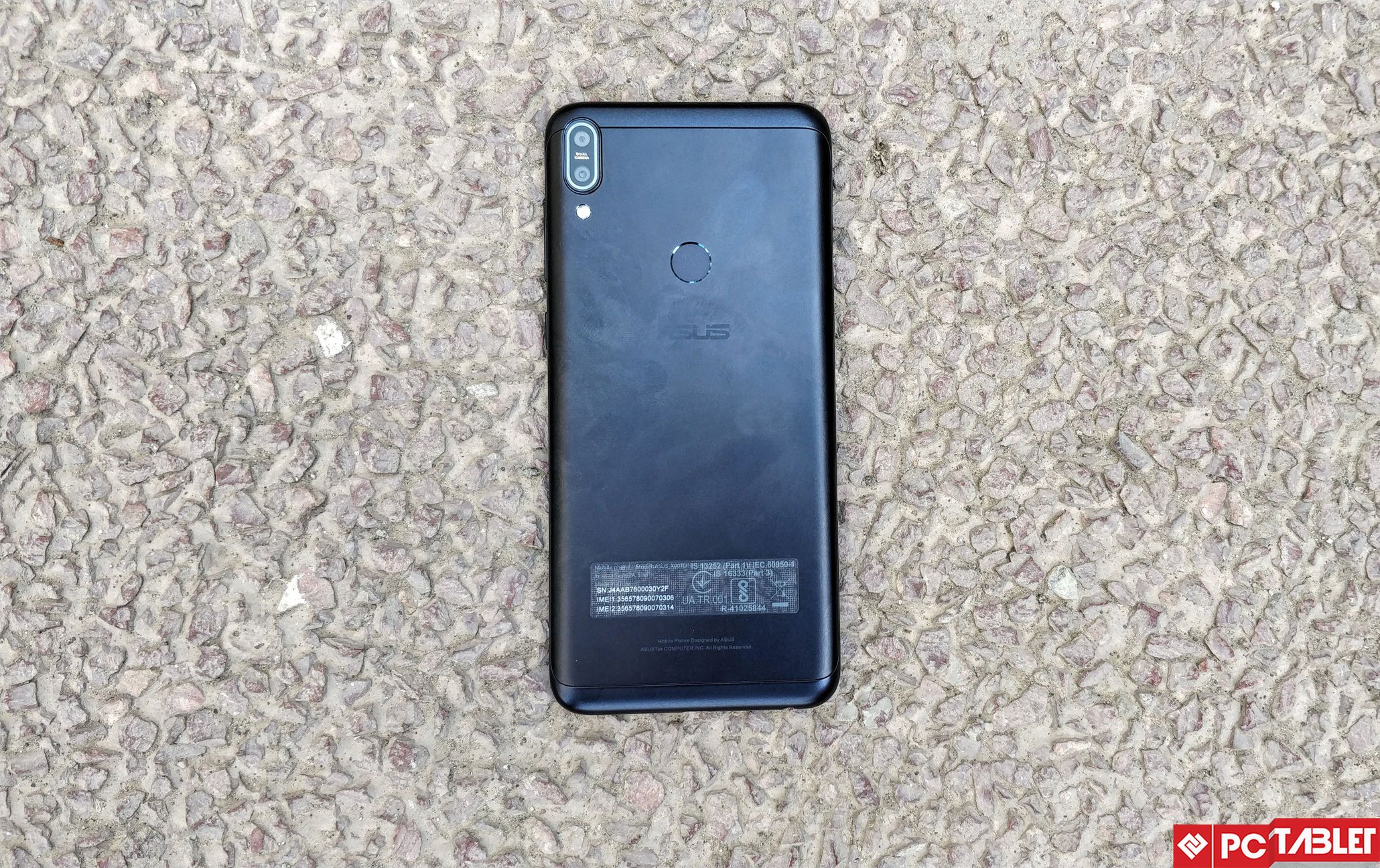 One thing is for sure, Zenfone Max Pro M1 is surely going to get a lot of attention, with that Hardware and Software combo coupled with the amazing pricing. We certainly see it as an ideal competitor to the Xiaomi Redmi Note 5 Pro, but not the Killer as what Mr. Dinesh Sharma, Director Mobile Product Centre – ASUS India, claimed it to be while taking the center stage at the time of product launch event in New Delhi.

With extra features like a massive 5,000 mAh battery, dedicated microSD card slot, it’s hard not to recommend this smartphone to users. And Asus India has assured the customers with ample amount of the units are being made available so they don’t actually have to wait for buying the phone.

The only areas we wish ASUS improves is the camera and a little overall optimization. By making Flipkart as its exclusive partner, we don’t think ASUS will have any problems pitching this product to the masses. ASUS has promised to keep enough stock so the buyers don’t get disappointed, while Xiaomi has been struggling with the stocks.

With the Zenfone Max Pro M1, ASUS is clearly back in the Indian smartphone game and they have a possible winner in their hands.