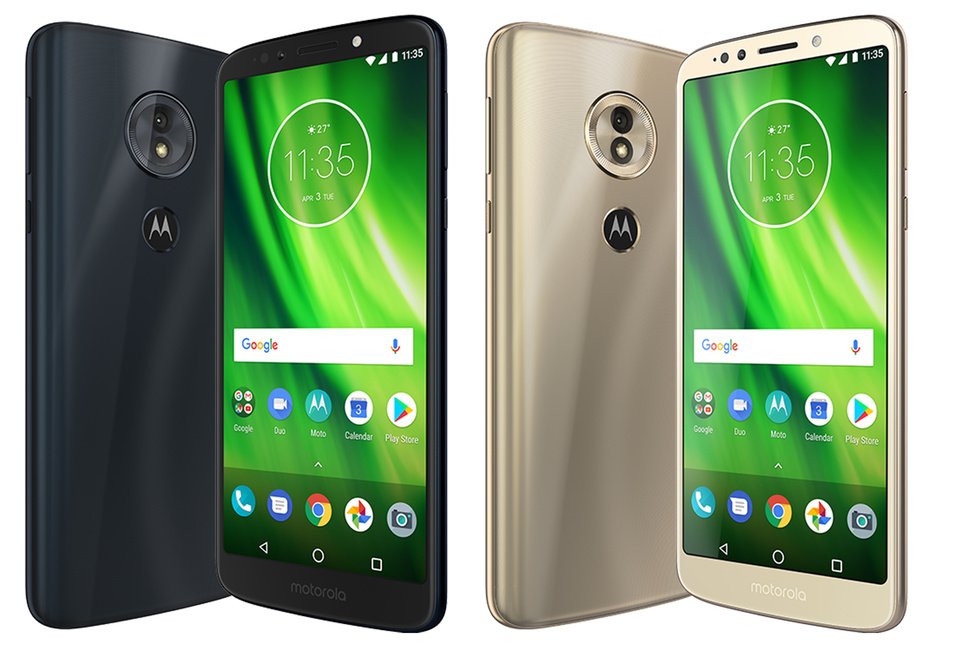 Motorola is yet to officially unveil the Moto G6, G6 Plus, and G6 Play. Though we’ve already come across rumoured specs of these devices, which suggest they’ll have dual-lens cameras for the first time. Now, a complete set of leaked renders of all the three models of the 2018 Moto G series have surfaced on the web.

The latest leaked renders reveal what all three models would look like, along with the various colour options these handsets will be offered in at launch. According to the renders, the Moto G6 will be offered in a choice of black, silver, rose gold, and indigo colour options. Besides, renders also suggest the handset the handset will feature dual-lens camera primary camera and a fingerprint sensor on the front. Also, it appears that the handset will have significantly reduced bezels compared to its predecessor.

The Moto G6 Plus will be offered in Indigo and Gold, along with a dual-lens camera on the rear and a fingerprint sensor on the front. Renders further suggest it’ll have dual-LED flash along with a redesigned curved back, which should offer better grip.

Finally, the Moto G6 Play will be offered in Indigo and Gold colour options according to the renders. Also, the G6 Play will only have a single-lens rear camera as opposed to the Moto G6 and G6 Plus. However, the fingerprint sensor has been positioned on the back of the handset.

As per earlier reports, Motorola is expected to unveil the G6, G6 Plus and G6 Play on April 19. As the company has started sending media invites for an event in Brazil scheduled on April 19. In terms of specs, the mid Moto G6 is rumoured to sport a 5.7-inch Full HD display, Snapdragon 450 processor, 4GB RAM, 64GB built-in storage, and a 3000mAh battery. Also, the handset is expected to feature a dual-lens primary camera setup.

The Moto G6 Plus is rumoured to feature a 5.93-inch Full HD IPS display, Snapdragon 630 processor, 6GB RA, 64GB of built-in storage, and a 3200mAh battery. In the camera department, the smartphone is likely to feature the same dual-lens camera setup as the Moto G6.

The Moto G6 Play meanwhile is rumoured to feature a 5.7-inch HD IPS display, Snapdragon 427 processor with 2GB RAM, 16GB on-board storage, along with a 4000mAh battery. Other rumoured specs include a 13MP primary camera and a 5MP selfie camera.