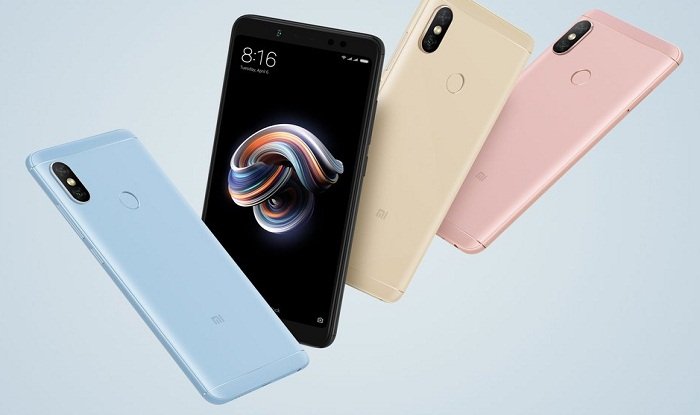 Xiaomi has upped the ante in the mid-range smartphone segment in India with its Redmi Note 5 Pro. And as it has been the hallmark of the Chinese brand’s campaign in the country, the motto with the new Redmi Note 5 Pro too is to offer more for less.

Towards that, the new Note 5 Pro comes with a 5.9-inch Full HD+ display lit up by 2160 x 1080 pixels. The phone also boasts of the same design theme that has been in vogue since 2017. That includes a display with an 18:9 aspect ratio and is flanked by minimal bezel on the sides. The same along the the top and bottom too is just the bare minimum.

Powering the device is a Snapdragon 636 CPU, which Qualcomm claims will allow for flagship like performance but in a much lower price point. The processor is mated to either a 6 GB or 4 GB RAM while storage is a standard 64 GB across both the variants. In fact, the new Redmi Note 5 Pro happens to be the first to come with a Snapdragon 636 CPU. Another first the phone boasts of is that it offers the highest – 6 GB – RAM in the mid-range segment, which clearly is flagship quality.

Another unique aspect of the phone is its incorporation of a dual lens camera at the rear, which is another novelty in the budget segment. Interestingly, the rear camera layout looks much the same as on the iPhone X, what with its vertical placement along the top left corner.

Specs wise, its a 5- and 12-mp sensor that makes up the primary camera. Also, as it is the trend with dual lens tech, the 12-mp camera is the primary shooter while the 5-mp unit capture dept info for creating the much liked bokeh effect.

Then there also is the 20-mp selfie cam at the front, complete with a soft selfie flash. Xiaomi claimed the front cam is capable of shooting ‘portrait selfies’ even with a single lens thanks to the use of AI based software optimizations. Xiaomi also said both the front and rear cams support Beautify 4.0 which it claims has been specially crafted to suit Indian tastes and uses deep learning methodologies for the same.

Saving perhaps the best for the last, the new Redmi Note 5 Pro can be yours for just Rs. 13,999 while the 6 GB version will come for Rs 19,999. The phone will be sold exclusively through Flipkart in the country along with company’s own sales networks.