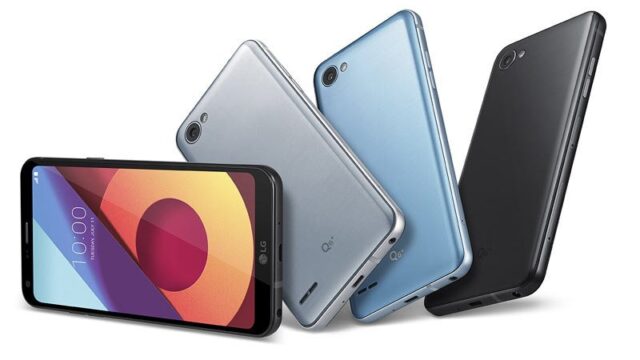 LG is set to launch the upgraded version of the recently released LG Q6+ in India. The device comes with the same Full Vision display which we saw on LG G6 and Q6. The smartphone sports dual camera sensors at the back, and it is going to be launched in India soon, it will be available via offline retail stores.

Mahesh Telecom said in a tweet on Monday that the LG Q6+ smartphone is going to be launch in India soon. The LG Q6+ is just an upgrade for the recently released LG Q6 which also featured the Full Vision display. The specifications on both the smartphones are similar to some extent.

The LG Q6+ comes with a 4GB RAM and 64GB internal built in storage. The Q6+ arrives in the same color variant as LG Q6 except for a new color option; Marine Blue for LG Q6+. The LG Q6 launched with the dual SIM support in India and LG might be adding the same feature in Q6+.

The other specifications of the LG Q6+ are; it will be running Android 7.1 Nougat out of the box. It will be sporting 5.5 inches Full HD IPS LCD display. It will be powered by an octa core Qualcomm Snapdragon 435 processor which is paired with the 4GB of RAM. It features a 13MP primary rear facing camera with a 5MP front facing selfie camera.

The internal storage of the LG Q6+ is 64GB which is also expandable up to 2TB via microSD card slot. It comes with all the connectivity options like the 4G VoLTE, Bluetooth 4.2, NFC and all the sensors. The battery is assumed as a 3000 mAh and might support fast charging technology. The price of the phone is still not known yet but assumed to be a little more than the LG Q6 (Rs. 14,990.)