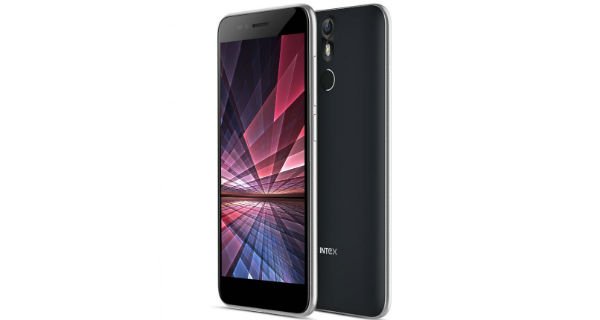 Domestic handset manufacturer Intex has announced the new Intex Aqua S7 smartphone for the Indian market. It’s essentially a budget Android smartphone that comes with 4G LTE and VoLTE capabilities to cash in on the ever-growing popularity of 4G services.

The Intex Aqua S7 has been priced at Rs. 9,499 and comes bundled with Reliance Jio’s Welcome Offer. The smartphone will be available in Rose Gold, Dark Blue and Champagne colour options. However, the company is yet to announce an exact date of availability for the Intex Aqua S7.

In terms of specifications, the smartphone packs a 5-inch HD display with a 1280x720p resolution Asahi tough glass protection. Under the hood, the device gets powered by a 64-bit 1.3GHz quad-core MediaTek processor bundled with Mali-T720 GPU and 3GB of RAM. It comes with 16GB of in-built storage with support for microSD expandability.

As for cameras, the Aqua S7 gets a 13MP rear camera with LED flash, capable of recording full HD videos at 30fps. On the front, there’s a 5MP shooter for selfies. The device also comes with a fingerprint sensor which sits right below the primary camera unit. Juicing up the Intex Aqua S7 is a 3200mAh battery, while the device runs Android 6.0 Marshmallow out-of-the-box. In terms of dimensions, the smartphone measures 142.5×72.5×8.7mm and weighs 150 grams.

Connectivity options on the dual-SIM smartphone include 4G LTE and VoLTE for improved connectivity and call quality. Besides, it also comes with Wi-Fi, Bluetooth 4.0, FM radio and GPS/ A-GPS. It also comes with a Proximity sensor, Ambient light sensor along with an Accelerometer.

Intex has been on a launching spree lately. Just last week, the company unveiled the Aqua Strong 5.1. Priced at Rs. 5,599, its comes with lower-mid range specifications with 4G LTE and Android Marshmallow. While in August, the company launched the Intex Aqua Fish priced at Rs. 5,499. The smartphone is exclusively available on eBay India and runs Sailfish OS out-of-the-box. Besides, Intex also launched a 7-inch iBuddy tablet with voice calling last month as well.

Intex is aggressively positioning itself as a major OEM in India. It also announced its Eyelet VR headset back in July, which comes bundled with the Aqua View smartphone priced at Rs 8,999.