The Shenzhen-based Chinese smartphone manufacturer, Gionee has relaunched one of its entry-level smartphones, Pioneer P5L with voice over LTE (VoLTE) support. Priced at Rs. 8,499, the smartphone is available to buy in six different color options via company’s official store.

Whereas, the processor and RAM of the smartphone have not been upgraded and remains at a standard 1.3GHz Quad-core clubbed with 1GB of RAM. 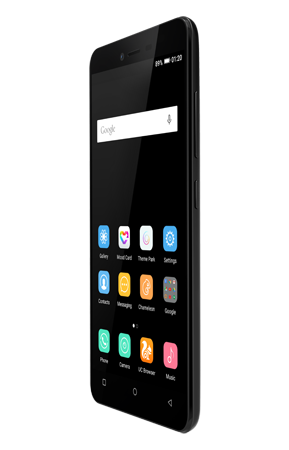 The Gionee Pioneer P5L 2016 now bundles a 16GB of internal storage with memory expandable to 128GB. The device runs on Android Lollipop 5.1 and sports Amigo 3.1 UI on the top.

Another upgrade is the battery whose capacity has been increased up to 2,300mAh compared to 1,800mAh in 2014 model. The battery can possibly long up to 9 hours and will provide a standby time of 300 hours.

If compared to LG’s latest entry-level phone, the LG K7, Gionee Pioneer P5L 2016 acquires a better stance in technical specs and is Rs. 1,000 cheaper. Price is a big factor when it comes to the sale of entry-level smartphones and Gionee has a more than a fair chance to overtake LG in this round.