PC-Tablet
Ads
Home News Cortana for Android and iOS gets better with Purple color UI and... 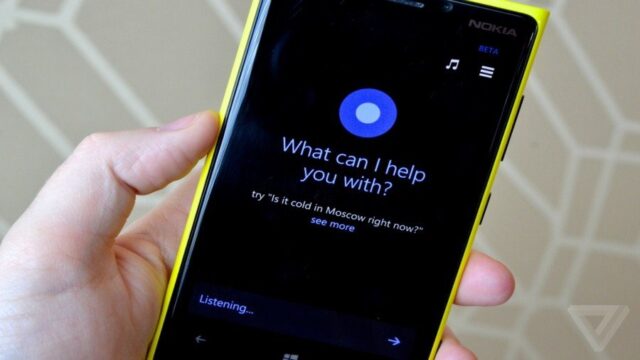 In a sudden development, Microsoft has revamped Cortana for Android and iOS by incorporating a new design in Purple color. According to reports, the new update for the Redmond-based company’s virtual assistant in available for Android users in the UK.

If you are an iOS user, you need to wait for some time since the rollout will take up only within the next few days. The Redmond-based company sources reveal that the latest update will enhance the productivity and helps you to perform tasks quickly.

The main highlight of the latest Cortana update for Android and iOS is that the UI of the app is equipped with a Purple color instead of previous blue. If you had worked with Cortana from the beginning stage, you should know that the Microsoft’s virtual assistant had Blue color. With the change in the color, it looks like the company is gearing up to provide a new refreshed look.

Commenting on the development, Microsoft disclosed on the official blog that they have not only updated the look of the Cortana but also enables you to access it faster. Hence, you will be able to perform several tasks quickly on the go.

Cortana helps you to configure reminders

The Cortana apps for both Android and iOS enable you to set reminders. You will be able to access them across different platforms and enables you to remember appointments. If you are unable to attend a call, Corana will automatically deliver a text message to the caller with a notification that the user is not available. The real beauty is that the Hey Cortana functionality, which is similar to that of the Ok Google is only available on the Android platform.

Even though Cortana exists, it didn’t get the kind of attention from similar tools such as Apple Siri, Google Now, and Google Assistant. Industry insiders are of the opinion that the Cortana will most likely get wide attention with the latest update.

Although Cortana is available for desktop environment in India, Microsoft has not yet rolled out the voice assistant for mobile users in India. As of writing this, we don’t have a specific time frame for the launch. We hope that Cortana will be available for mobile apps in India before the end of 2017.