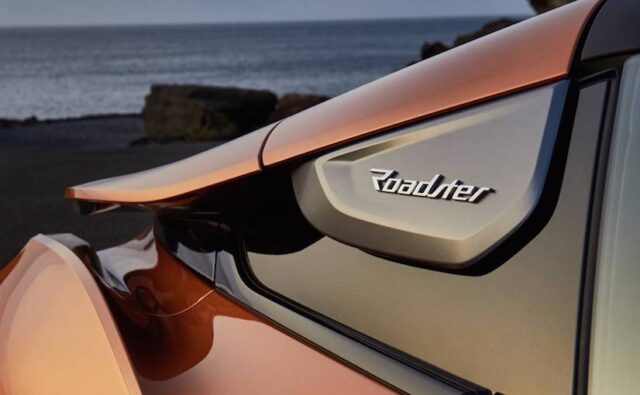 The modified version of BMW i8 is all set to rule over the roads with its new soft top roadster variation implemented in the second half of its life after the initial launch in the year 2014. Although the modification is modest, it is making big news. BMW has planned to unveil the roadster at the same place as its initial launch at Annual Auto Show in Los Angeles. The first unveiling of this beautiful car was in the spring of the year 2014.

Another reason BMW chose this very place for the 2nd launch is that it has a very big customer base that is eager to adopt its green credentials with the new plug-in hybrid. This environment-friendly feature in BMW is due to the new change to “electric “based hybrid which is garnering much attention in the market.

The coupe’s vestigial rear seats have been removed for some extra storage space in the new i8 roadster. The fabric-based top cover can easily fold back within a short time span of 16 seconds and it can operate up to a speed of 31mph. The roadster exhibits an appearance similar to Targa due to the upright B-pillars that stand the same even when the top portion is lowered down. One can experience a good open-top experience with i8 as the rear window can be brought down electrically allowing sufficient air to flow into the cabin. The body is connected to the roof mechanism with 3D-printed aluminum based components which is making news among BMW lovers. The new i8 is 132 pounds heavier than the older version which brings down the total weight of the car to 3513 pounds. 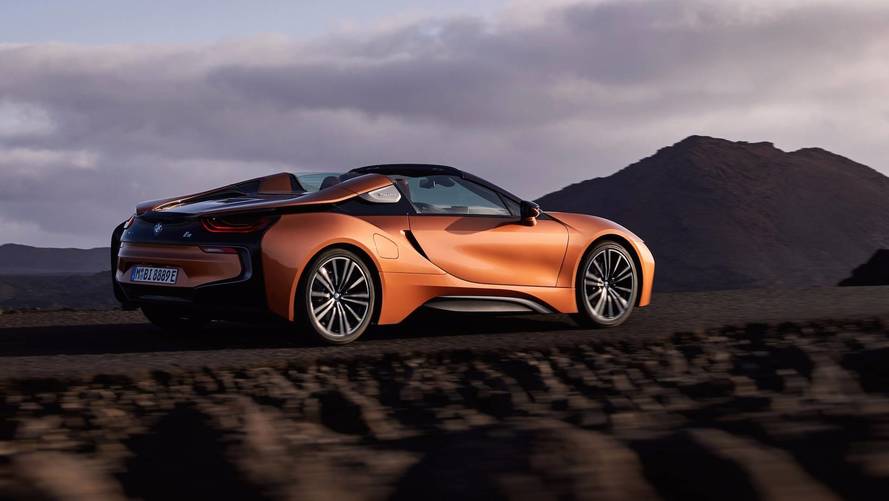 The hybrid powertrain has been kept the same as the earlier version except for a few updates here and there for the 2019 version. The gasoline engine is the same as the previous genre with a turbocharged 1.5-liter capacity in three cylinders of 228 horsepower. The electric motor, however, shows increased output from 129 to 141 horsepower. The model isn’t a supercar but the system power of 369 horsepower is enough to push the speed from zero to a 60mph speed in a small time frame of 4.2 seconds. The top speed for both i8 and its predecessor is 155 mph. The maximum speed attainable through singular electric power is limited to 75 mph. The total cover range has increased from 15 to 18 miles on electric power. This added power along with increased range is a result of high capacity lithium-ion battery which was enhanced from 7.1 to 11.6 kWh.

The new revised model flaunts a new Coupe badge residing on the B-pillar along with two impressive body colors. There is a fresh new 20-inch when design along with renewed interior color. The car also houses a carbon-fiber trim. Apart from this, the only visible change is the revised air vent in the foldable hood. The i8 has butterfly pattern doors and shall be available for sale from the spring of the year 2018.