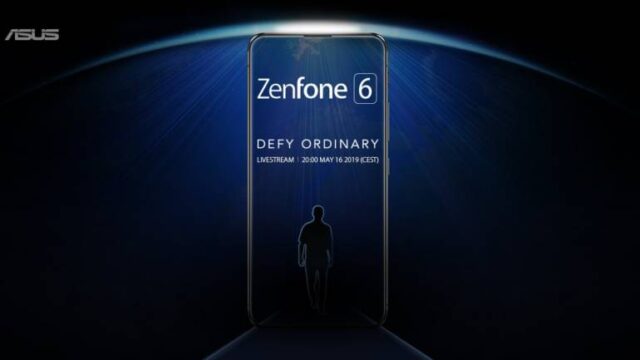 The Taiwanese giant Asus is all-geared up for its next flagship smartphone launch. Dubbed as the Asus Zenfone 6, the phone is scheduled to launch on May 16. That said, the company has now released a teaser of the upcoming phone, revealing some of its key specs. The teaser also takes an indirect dig at OnePlus for removing the essential features from its phones.

Notably, the teaser shows the basic design outline of the Zenfone 6 with the tagline “Defy Ordinary“. It reveals that the device will incorporate top-of-the-line Qualcomm Snapdragon 855 SoC. Furthermore, the teaser confirms the existence of a 3.5mm audio jack, triple slot (SIM card + SIM card + microSD card), notification light, and a smart key on the phone. However, we are not sure about the function of this smart key. It may or may not be used to toggle Google Assitant, like some other phones. 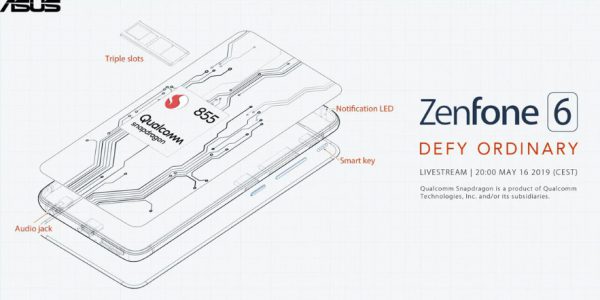 It is clearly visible that Asus has highlighted the features omitted by OnePlus in its late smartphones. Note that the OnePlus 6T skimped on a 3.5mm jack. Following the same, the upcoming OnePlus 7 and OnePlus 7 Pro smartphones are too said to be missing a 3.5mm audio jack and notification light. Also, the handsets will come with dual-SIM card slot without storage expandability. All these features have been missing from the company’s past flagships and the same trend will be followed by its future offerings.

In the meanwhile, an Asus executive revealed the presence of dual rear cameras in the ZenFone 6. Notably, he shared a photo (likely captured on Zenfone 6) accompanied by some morse code. The morse code on conversion suggests the phone will house a 48-megapixel + 13-megapixel dual camera setup on the back. Furthermore, it’ll be backed by a massive 5,000mAh battery.

Revealed previously by AnTuTu, the phone will sport a notchless display with full-HD+ (1080×2340 pixels) resolution, a 19.5:9 aspect ratio. It’ll further house 6GB of RAM, and 128GB of onboard storage.

Looking at the initial reports, it seems that the Zenfone 6 will outperform the OnePlus 7 with essential features the latter would skimp on. That said, OnePlus will hit right back with better performance (UFS 3.0), Oxygen OS and a better display. Nonetheless, let’s wait for both the devices to launch before any assumptions. The OnePlus 7 line-up will launch in Spain on May 14 while the Zenfone 6 will land two days later on May 16.