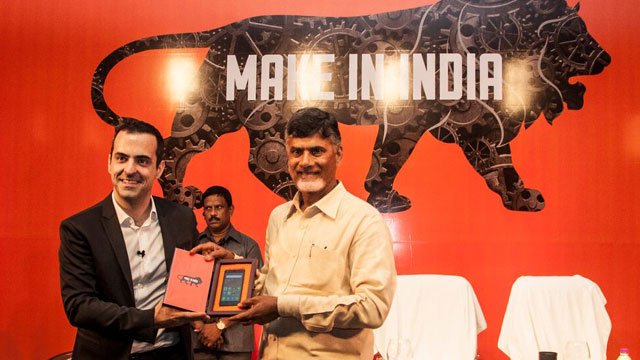 The formal announcement regarding the launch of Xiaomi’s first phone fully made in India, the much awaited Redmi 2 Prime, was made today. The new product which will be available via both offline and online retailers has been priced at Rs 6,999.

Only yesterday, Hugo Barra, the Xiaomi vice president had tweeted about the company being on the verge of making a ‘big leap’ in India. The phone is being made at the company’s plant at Sri City in Andhra Pradesh with Foxconn Technology Group, in keeping with our dynamic Prime Minister’s Make in India initiative.

An important supplier to Apple, Foxconn had earlier announced its decision to invest $5 billion in India over the next five years, obviously because of the huge opportunity window offered by the teaming population here.

The launch was made at Vishakhapatnam in the presence of Chief Minister Nara Chandrababu Naidu and Amitabh Kant, Secretary, Department of Industrial Policy and Promotion (DIPP).

Known for providing the much sought after features in their phones at extremely pocket-friendly prices, the latest flagship from brand Xiaomi comes with a 4.7 inch display, HD resolution and Asahi Dragontrail glass. With a 2200 mAh battery, the device weighing 133 grams promises a talk time of 14 hours. overall, it measures 134 x 67.2 x 9.4 mm.

The device which works on Android 4.4.4 KitKat operating system has a 2 GB RAM and a 1.2 GHz quad core processor (Snapdragon 410). The Redmi 2 prime has an internal storage of 16GB and a 32GB microSD card slot. The rear camera (8MP) comes with an LED flash light and the front camera is a reasonably good 2 MP too. In addition to these, the phone supports dual micro SIMs, 4G/3G connectivity, WiFi with tethering facility, WiFi Direct, micro USB port, Bluetooth 4.0, and GPS with A-GPS and GLONASS.

This makes the latest device almost similar to the existing Redmi 2 model but for the fact that the latter comes with 1 GB RAM and has a smaller internal memory (8 GB).

“In the first phase Redmi 2 Prime will be available in around 15 stores in southern India and later it will made available in physical stores across the country,” said Manu Jain, head of Xiaomi India, sharing further details about offline availability of the device.

After having beaten their nearest rival, Huawei, in the second quarter in their home market China, Xiaomi is upbeat and hopes to consolidate their position in India. Having started exclusively with Flipkart, the company which has its eyes set on the huge Indian market now sells aggressively via other online partners (notably Amazon and Snapdeal), their own Mi stores and also offline. They also joined hands with Redington to spruce up their presence in India recently.

Xiaomi expects at least 20-30% of their sales of this enhanced variant of their older product to come from brick-and-mortar stores.