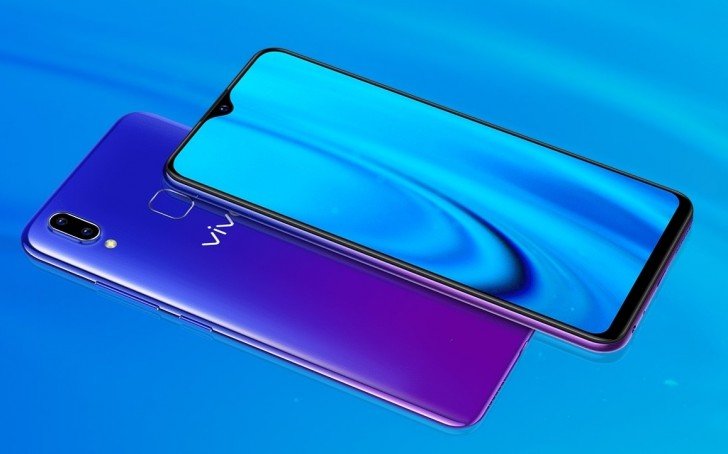 The Chinese smartphone maker Vivo has further expanded its budget smartphone line-up in India by silently launching the Vivo Y93 smartphone in the country.

The Vivo Y93 is a successor to the Vivo Y83 which came earlier this year with a Notched display. To recall, the Y93 was first unveiled in China, back in November. Later, the brand announced an upgraded Y93s model with MediaTek Helio P22 chipset and 128GB storage.

The Indian version of the Y93 is apparently the same Y93s but with trimmed storage space and a fingerprint scanner at the rear.

As far as the specifications are concerned, the Vivo Y93 comes with a 6.22-inch LCD screen having an HD+ resolution of 1520 x 720 pixels. The phone further flaunts a water-drop notch that aids for 19:9 aspect ratio and an impressive 88.6 per cent screen-to-body proportion.

Powering the Vivo Y93 is an octa-core MediaTek Helio P22 SoC coupled with PowerVR GE8320 GPU. The handset further packs 4GB of RAM alongside 32GB of onboard storage. Moreover, the given MicroSD card slot allows for storage expansion up to 256GB. Note that the Chinese version came with Snapdragon 439 chipset and 64GB internal storage.

For photography, the phone gets a dual camera setup at the back. The configuration comprises a 13-megapixel primary sensor with f/2.2 aperture and PDAF autofocus, coupled with a 2-megapixel depth sensor bearing f/2.4 aperture. There’s an 8-megapixel shooter with f/1.8 aperture at the front for selfies. The camera app is equipped with nifty AI features like AI-based portrait mode other scene modes.

In addition to the fingerprint scanner, the smartphone also packs in Face Unlock which is capable of recognising 1,024 unique facial features. 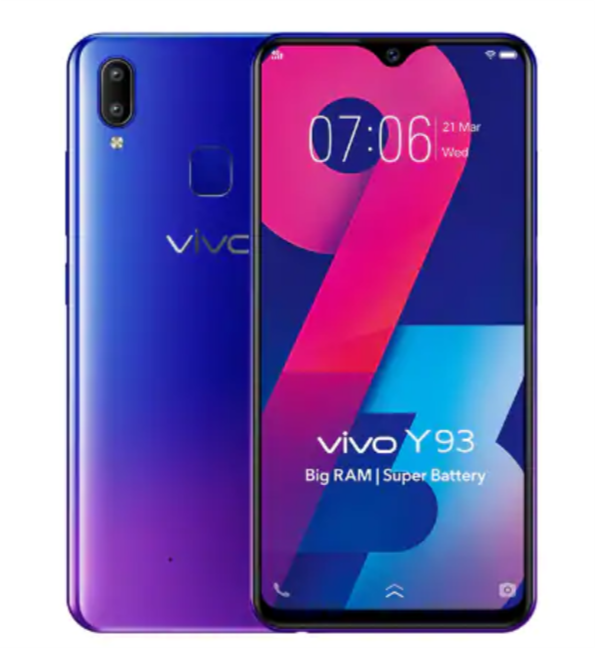 The Vivo Y93 price in India has been set at Rs 13,990 for the lone model with 4GB RAM and 32GB storage. The smartphone will be sold in Starry Night and Nebula Purple colour options, across all major online and offline stores. Launch offers are yet to be known. Stay tuned for further updates.