Evidently, Vivo has been doing great with its V-series in India. For starters, the Vivo V11 Pro (review) was the cheapest smartphone of its time to offer an in-display fingerprint scanner. Whereas its successor, i.e. the V15 Pro, turned out to be the choice of masses, thanks to the notch-less display, and pop-up selfie camera.

This time, we have the all-new Vivo V17 Pro, which offers a total of four cameras at the rear and a pop-up dual selfie camera as its main highlights. Besides, the phone offers some great specs with regards to display and battery life. Which, however, cost a premium at Rs. 29,990. So, is the V17 Pro worth having a look at? Well, let’s check out the same in our in-depth Vivo V17 pro review.

Before starting with the Vivo V17 Pro review, let’s have a glance at the phone’s specifications, pricing and things we get with the device. 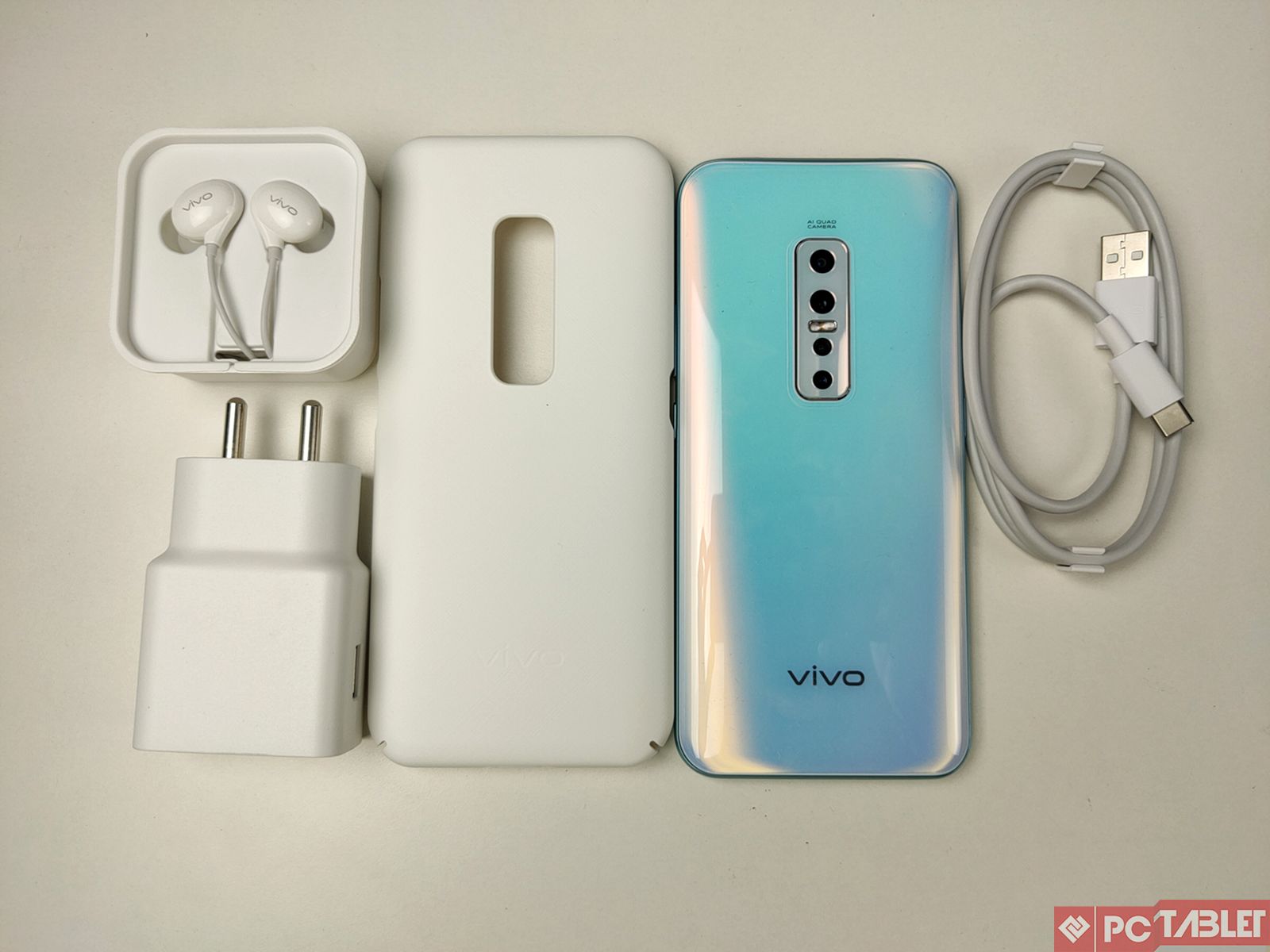 Vivo’s V-series has always stood on the frontline when it comes to design, and the V17 Pro is no different. The phone finally comes with a textured glass back, protected by Gorilla Glass 6. For starters, it is available in a total of two colour options including Midnight Ocean and Glacier Ice. 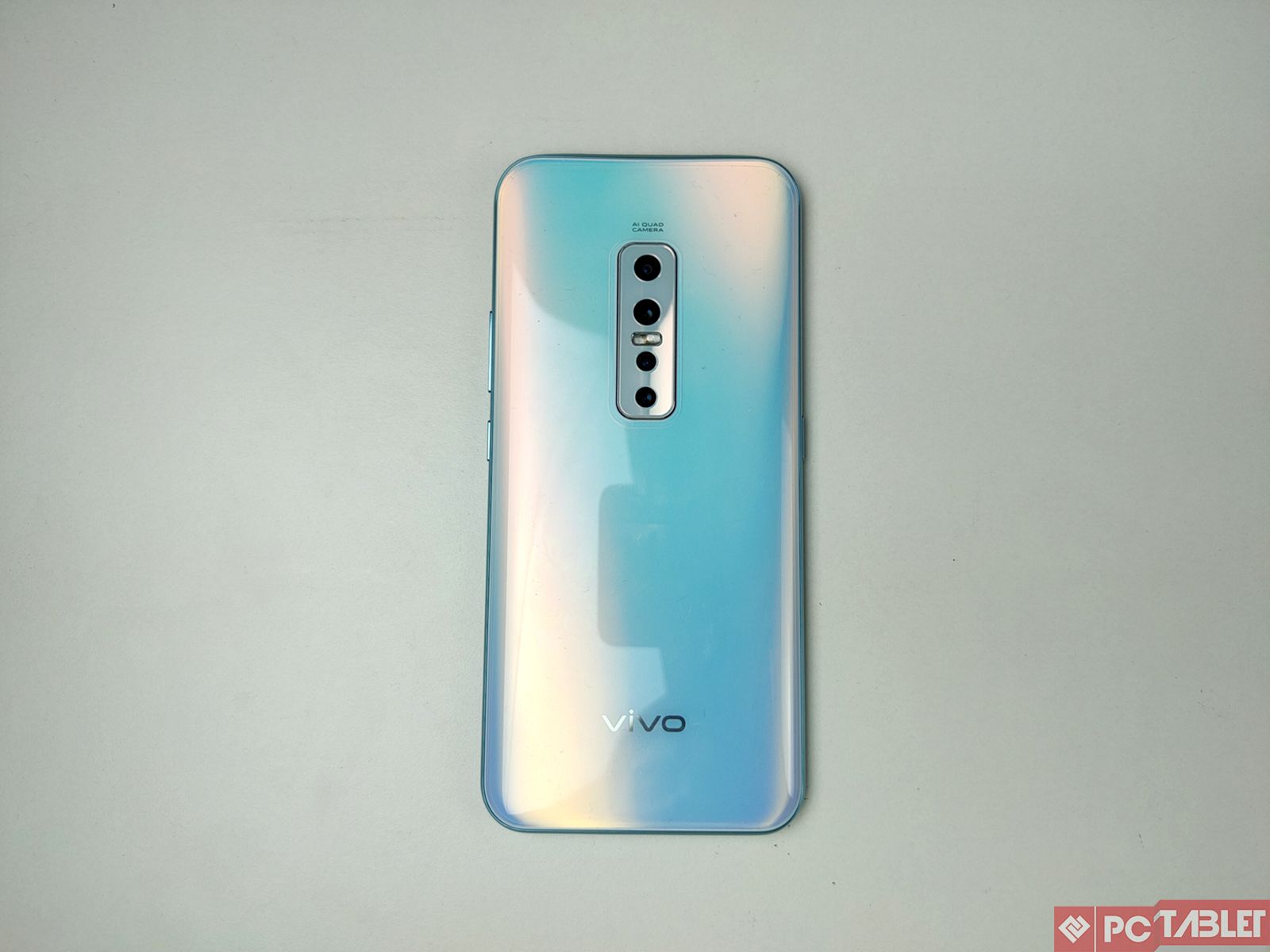 The Midnight Ocean variant we have here offers a glossy black finish at the back which gives the phone a premium appeal. Further, there’s a vertically arranged camera module in the median with a total of four lenses and flash, followed by Vivo branding at the bottom.

Flipping over to the front, you get an all-screen notch-less display with a small chin at the bottom. As mentioned, there are two selfie shooters, housed in the rectangular pop-up module that retracts from the top of the device. The pop-up module is quite broad and packs in the earpiece and LED flash, which is one of a kind implementation we’ve seen so far.

Moving further, the curved back of the phone makes it grippy and comfortable to hold. Plus, the glass body gives it a solid feel in hands. However, it’s simply not the sleekest phones you’ll find in the market, and the large form factor with a weight of 200 grams might be a deal-breaker for some.

Talking of buttons and placements, the power and volume rockers are given to the right, while the left houses a dedicated assistant button with an option to choose between Vivo’s Jovi assistant or Google’s default assistant. Besides, there’s a dual selfie pop-up camera module on the top, accompanied by the audio jack and the secondary microphone. The USB-Type-C charging port, primary microphone and SIM card slot are situated at the bottom.

The Vivo V17 Pro gets a 6.44-inch Ultra FullView display with Full-HD+ resolution of 2340×1080 pixels, 20:9 aspect ratio, and screen-to-body of 91.65 per cent. The screen is quite sharp, has excellent viewing angles and gets quite bright even under harsh sunlight. Plus, it offers a punchy colour profile with deep blacks. 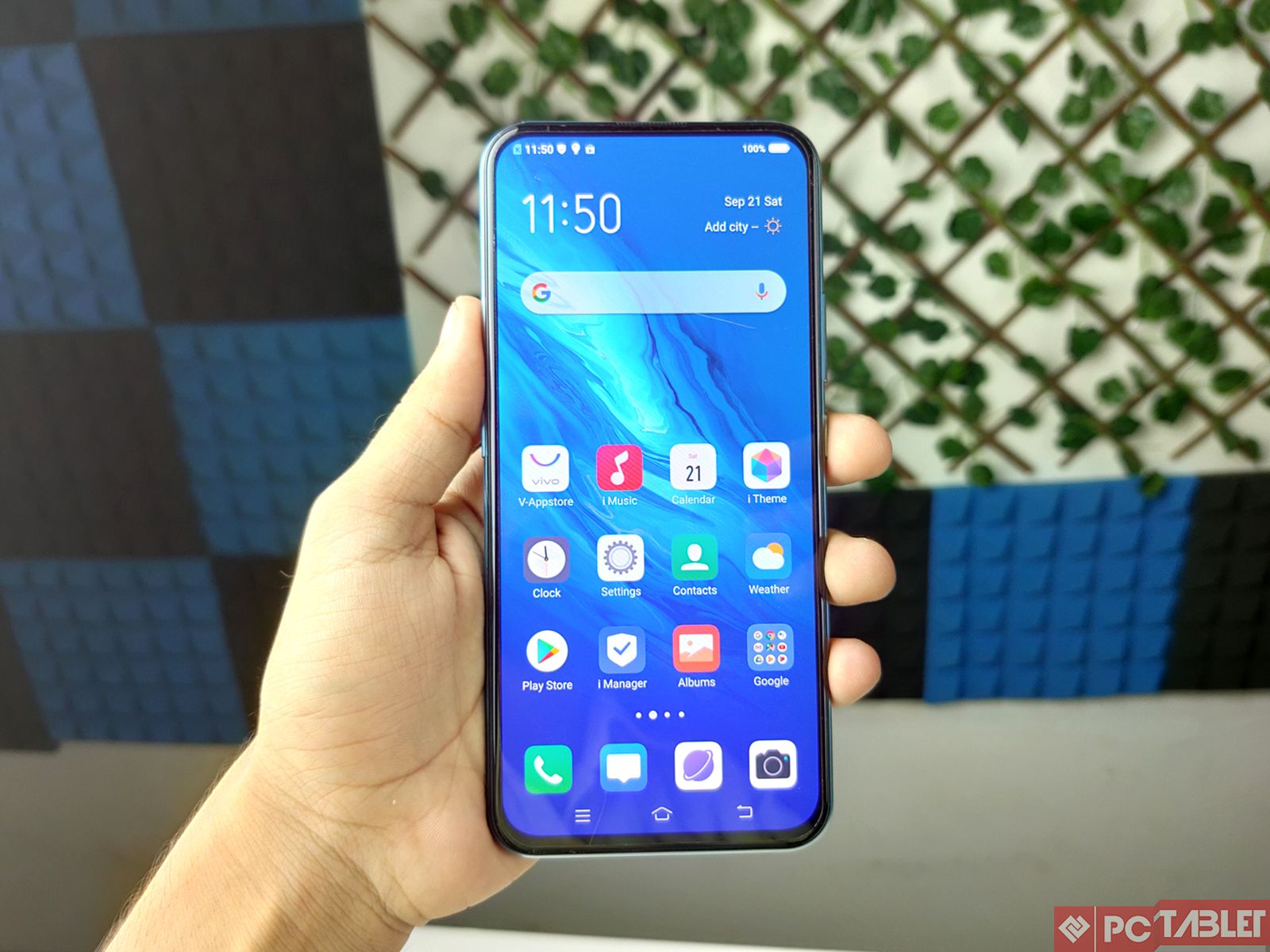 The device also features always-on display mode. Overall, the display is great for binge-watchers, thanks to the excellent quality offered by AMOLED panel. Besides, the symmetrical appearance and notch-less design further enhance the immersive experience. Thankfully, it does come with WideVine L1 certification allowing you to stream HD content on services like Netflix and Amazon Prime Video.

Powering the phone at its core is the octa-core Qualcomm Snapdragon 675 SoC, coupled with Adreno 612 GPU, 8GB of RAM and 128GB of storage. Now, this is a very controversial part of the phone as Vivo is offering better processor on phones that cost half the price of V17 Pro, say Vivo Z1x (review) and Vivo Z1 Pro (review) – both are powered by Snapdragon 712 SoC. 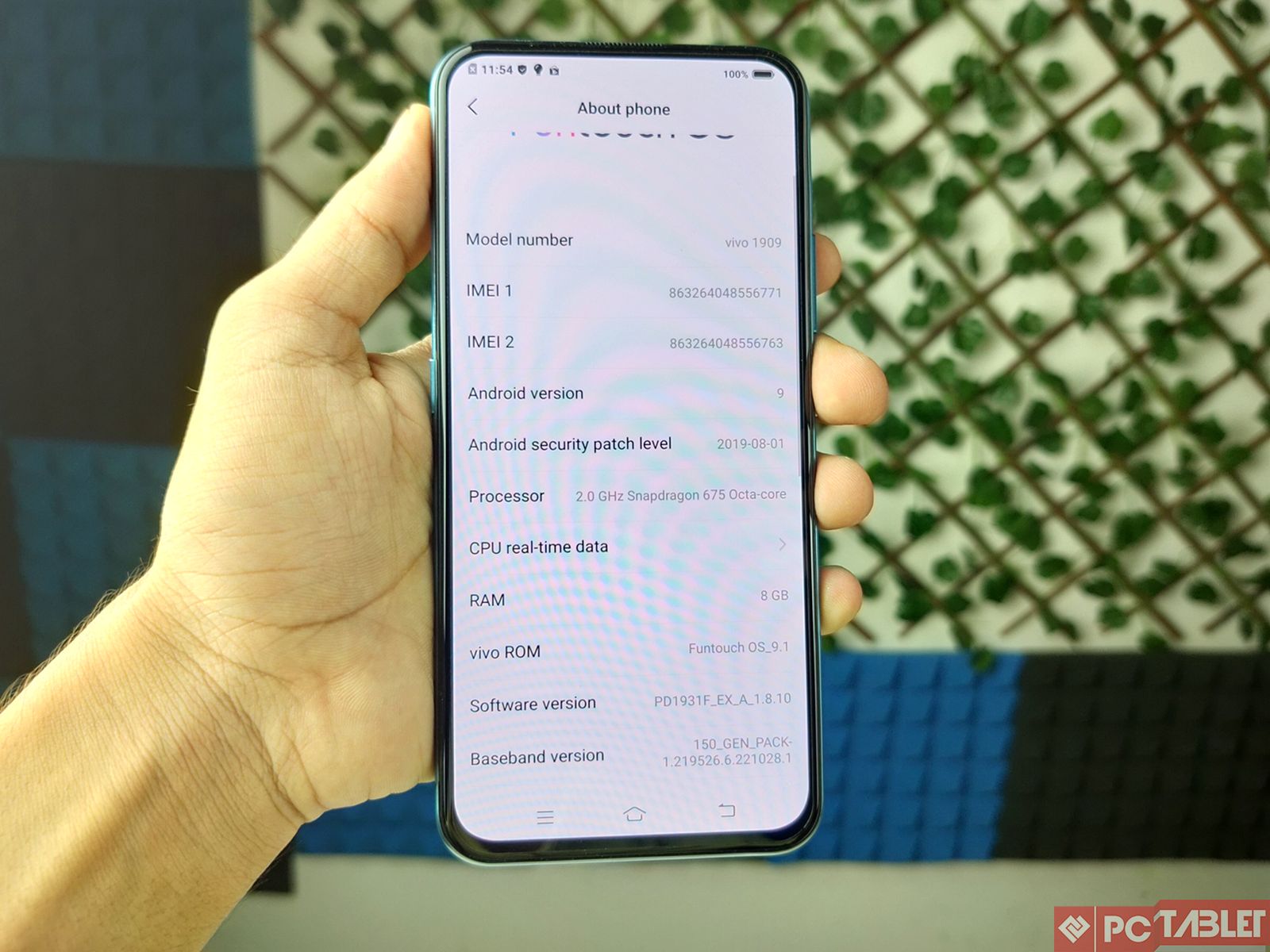 Barring that, the phone performs pretty great when it comes to day to day tasks like watching videos, listening to music, surfing social media, browsing the web and more. Even memory management was fine with comfortable multi-tasking over dozens of apps. Games like PUBG and Asphalt 9 ran fine on medium graphics settings.

Note that while we’ve no complaints with regards to performance, phones in this segment like Redmi K20 Pro, Asus 6Z and Oppo Reno 2Z offer much better performance. And for a price nearing 30K territory, Vivo could’ve gone for at least a 700-series chip from Qualcomm.

Besides, we have an in-display fingerprint scanner which works reliably well and detects the fingerprint in one go for the most part. Call quality too is great and audio from speakers as well as the headphone jack is loud and clear.

On the software front, the Vivo V17 Pro runs on the company’s custom FunTouch OS 9, based on Android 9 Pie. Now, the FunTouch resembles iOS in many areas and comes with a bunch of preloaded bloatware including Vivo’s own app store, Vivo Browser, EasyShare file sharing tool, followed by third-party apps like UC Browser, Amazon, NewsPoint, WPS Office, PhonePe, and more.

Besides, the UI has a slightly different navigation pattern- the quick setting toggles which are generally found on notification pane in other phones, need to be pulled upwards from the bottom of the screen. And the notification panel itself is quite messed up. Moreover, Vivo is using an ancient style of Android navigation buttons which could be an eyesore for many. Thankfully, it does get an option for full-screen gestures, but then again, it’s not perfect.

That being said, there are some useful customisation features including a built-in theming engine, screen recorder, system-wide dark mode, and AI-based Jovi assistant. There’s also a gaming assistant called Game Cube which blocks calls, alongside letting you enable 4D vibration for an improved gaming experience.

Cameras are indeed one of the major highlights of the Vivo V17 Pro since it’s the world’s first smartphone to ship with a total of six cameras and dual pop-up selfie camera. 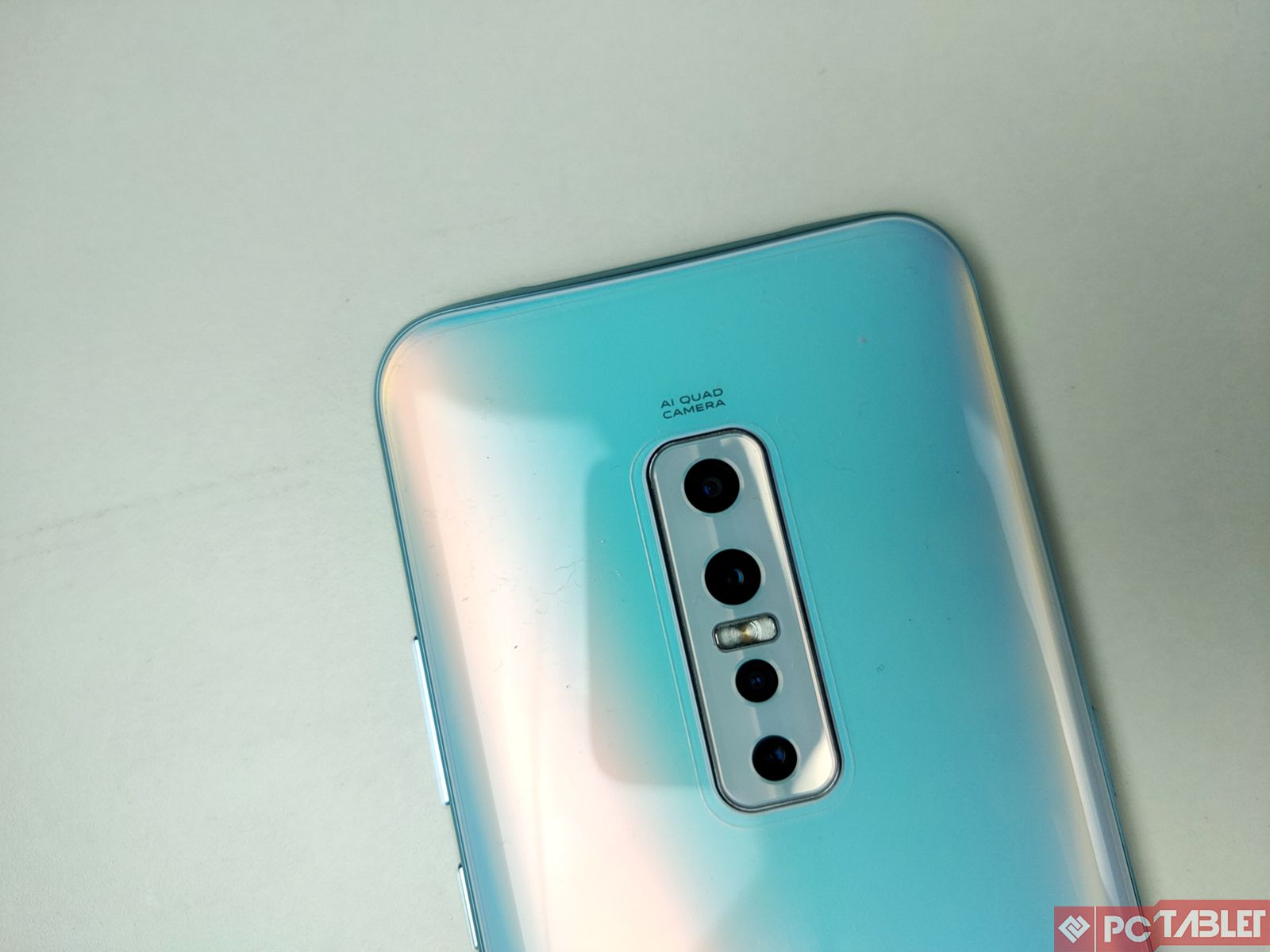 Now the camera performs really good, especially in broad daylight. The images are sharp, have lots of detail and bear natural colours. The dynamic range is excellent, as well. However, the low-light performance is just average as the phone clicks only usable pictures with soft details and inaccurate colours. That said, night mode does bring it back to the track, helping achieve good results. 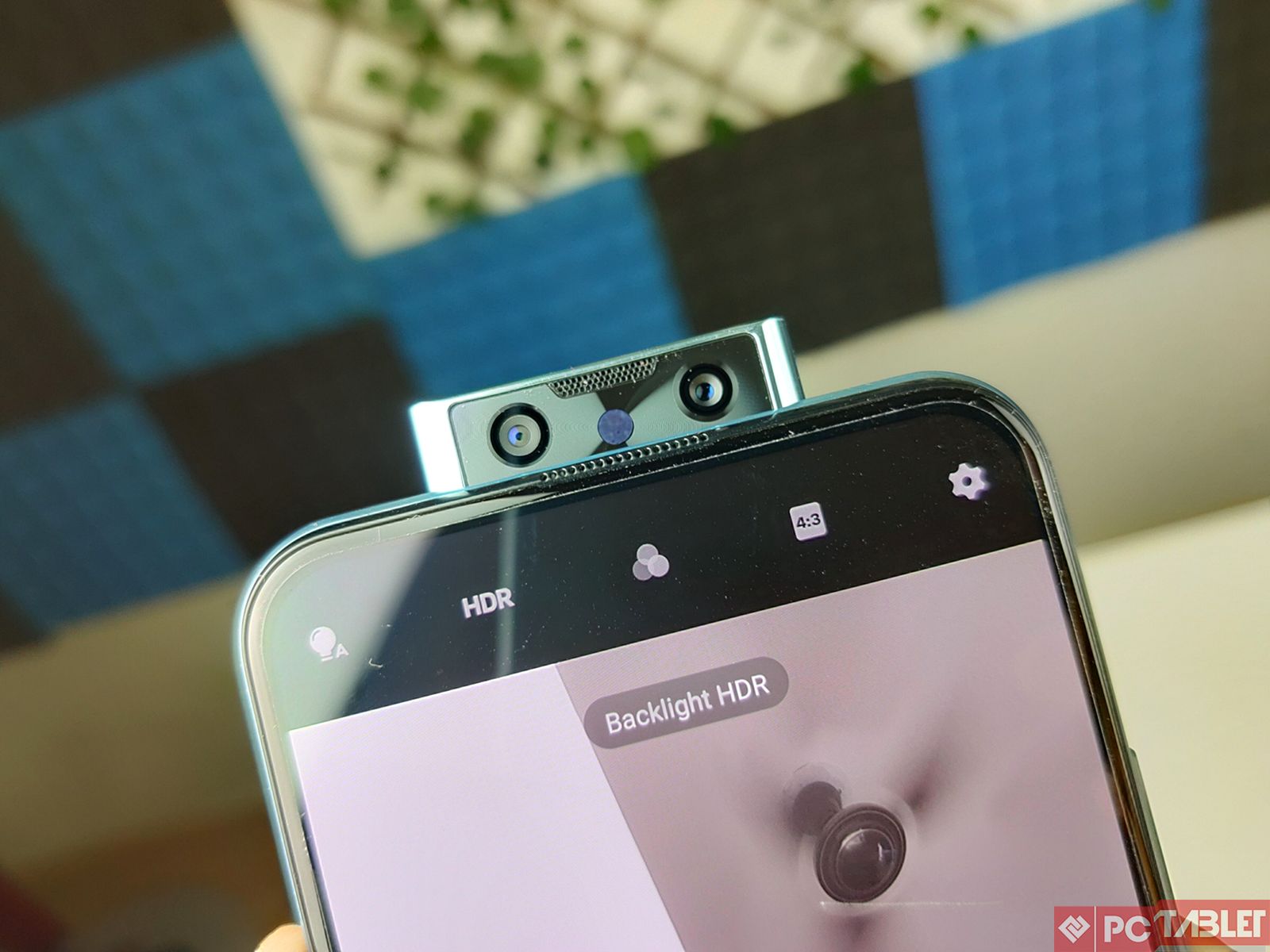 The telephoto camera works very well in the ideal conditions. Whereas, in low-light, the phone uses its primary camera to zoom into the frame. Besides, the camera also includes a Super Macro mode which is a useful addition for people into macro photography.

The wide-angle camera, while not as good as the primary sensor, produces extraordinary results. We loved the amount of detail on offer, followed by a punchy colour profile and high dynamic range.

The front camera is yet another department where the phone managed to impress us by quite a fair margin. The primary shooter is fast to focus and captures on-point detail. The skin tones, as usual, are on the richer side. The wide-angle camera is not that great, but apt for clicking good enough group pictures in well-lit areas.

Note that the pop-up selfie camera doesn’t facilitate face unlock on V17 Pro. Instead, Vivo has included something known as ‘assistive facial recognition’ which activates face unlock only when the fingerprint is not recognised within the first three attempts. Needless to say, the speed of the pop-up module is slower than that of smaller units found on Realme X and V15 Pro.

As mentioned, the Vivo V17 Pro gets a sufficiently large 4,100mAh battery on the hood. Generally, the phone lasts for a full working day with a screen on-time ranging from six to seven hours on medium to heavy usage. And you need not worry about battery life even on heavy use including a couple of PUBG matches, GPS navigation and recording videos.

The company has also provided support for 18W dual-engine fast charging which takes around 90 minutes to charge the device completely. Overall, the battery performance is quite satisfactory on the new V17 Pro.

Vivo V17 Pro Review Verdict: Should you buy it? 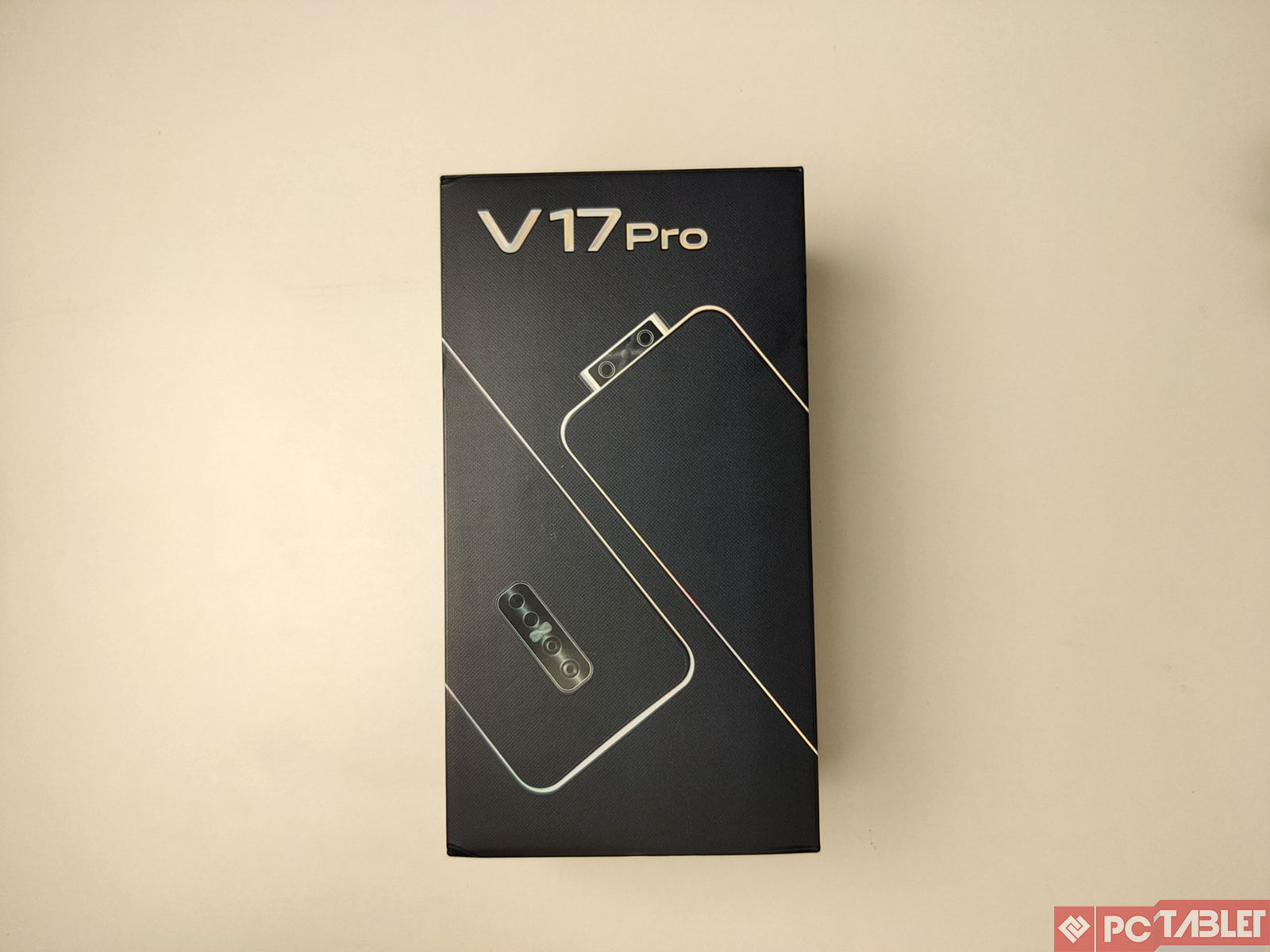 The Vivo V17 Pro offers a great display and audio for binge-watchers, a massive battery and fast charging for heavy users, and a great set of versatile cameras for photography enthusiasts. However, it lacks in the gaming department as the provided Snapdragon 675 despite being a promising chipset is not made for heavy gaming. Plus, the bulky profile and FunTouch OS may annoy some. That said, it still got a loaded experience with a number of features on offer, making it a very compelling option in online as well as offline market.