Sony first showcased Xperia C5 Ultra Dual back in IFA, Berlin 2015 and later made it available in the Indian Market. So without making any further storyline, am coming to the point and starting the review with design & build of the phone.

Reflecting the same Xperia design culture, the face of C5 Ultra features a 6-inch edge-to-edge FHD display, 13-MP front camera with SelfieFlash (the selling point of this phone according to Sony). The Notifications LED light on the right side of the Sony logo, and the stereo speakers are located on the top and bottom of the front. 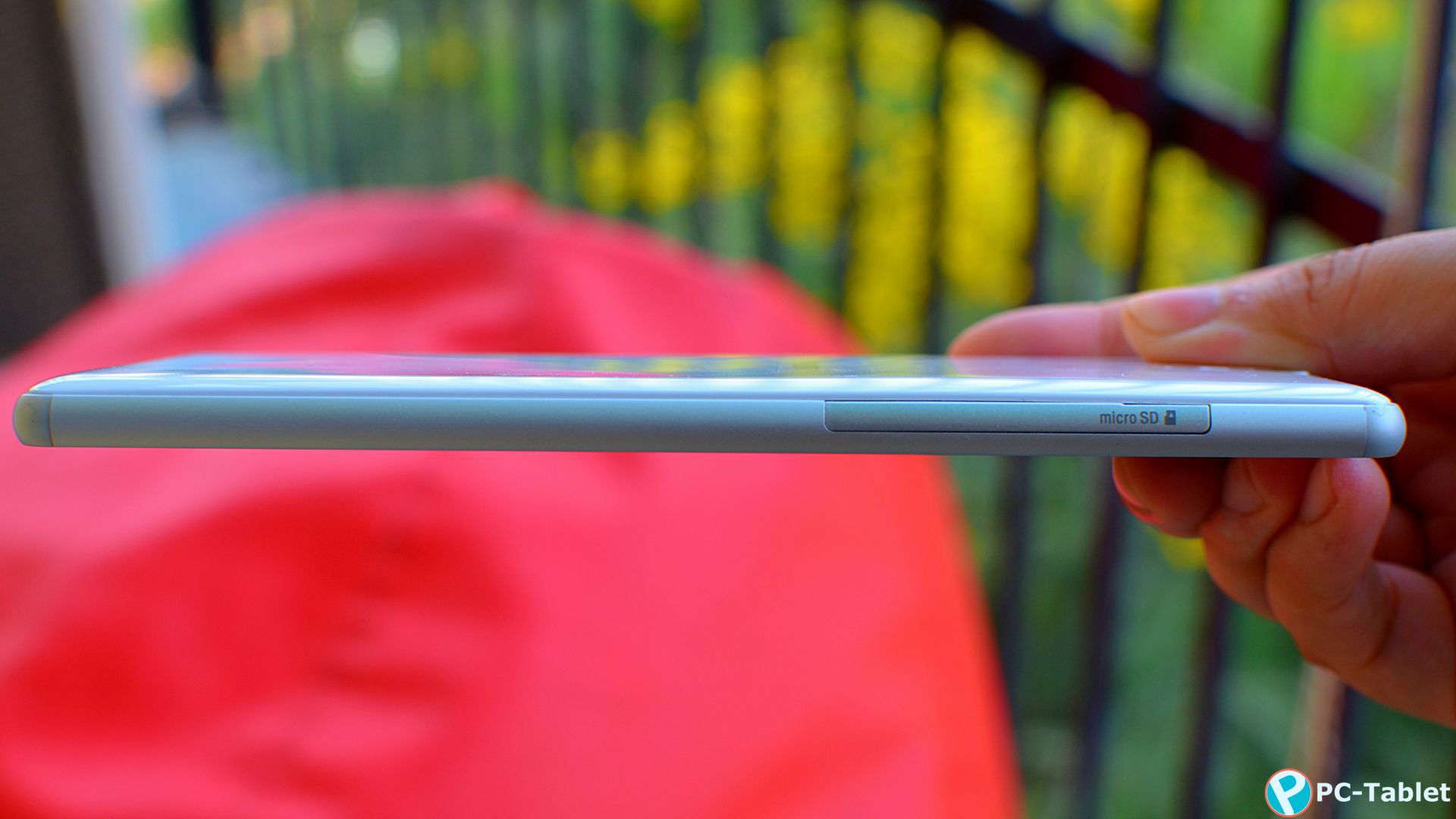 The phone is 8.7mm thick and weighs around 187 grams; it feels pretty bulky while using single-handedly. Anti-shock bumpers protect the phone corners very well. Pretty much required if your phone is highly prone to accidental drops.

The microSD card slot and dual Nano-SIM card tray slot are located on the left of the bezel whereas the right side hosts round power key, volume rocker, and a dedicated Camera key. 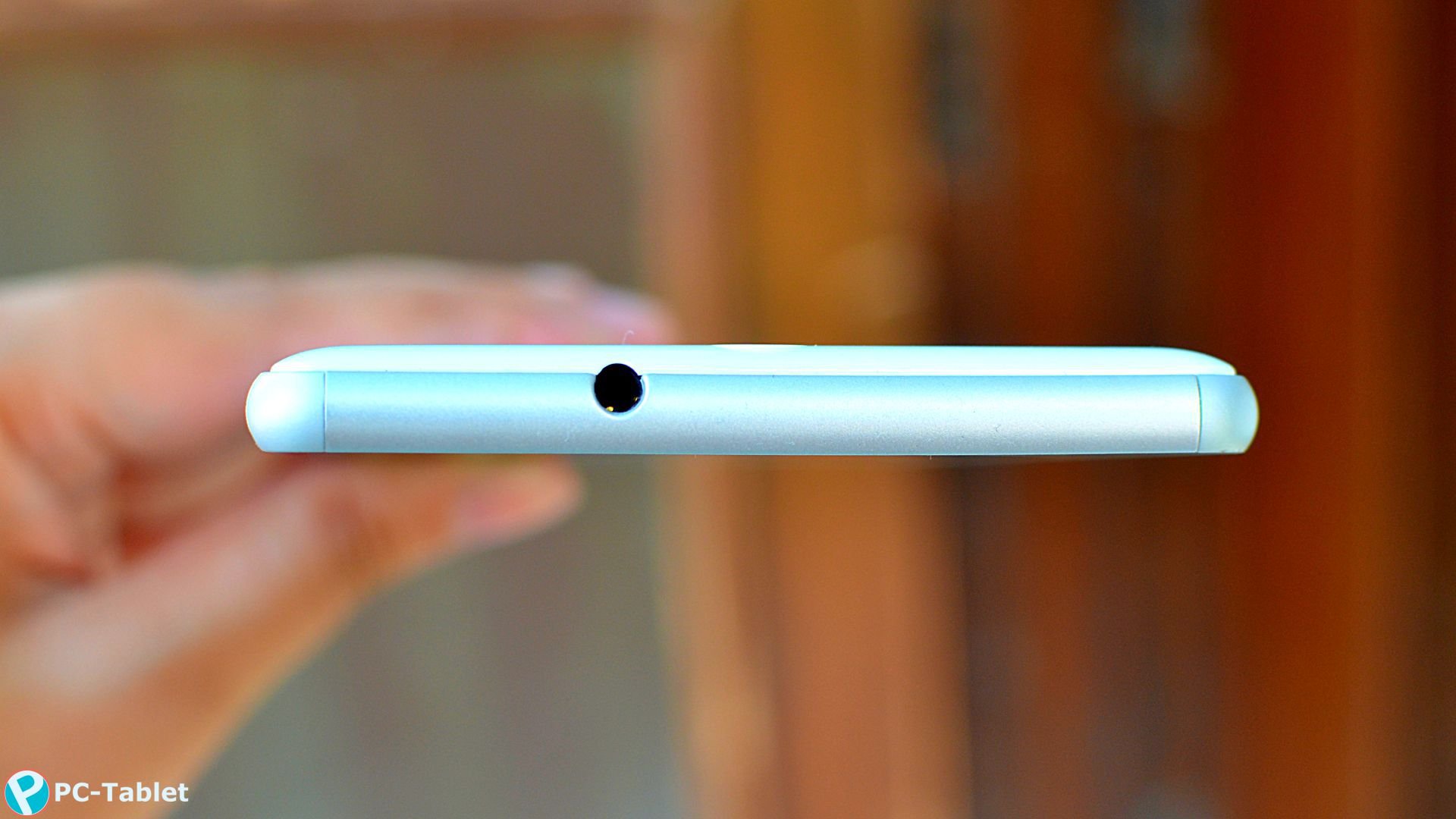 On the top, it has 3.5mm audio port, and MicroUSB 2.0 port is located at the bottom of the phone.

The back comes with a glossy finish which is way too slippery and at the first look, the back feels to be a removable one, but it’s not! 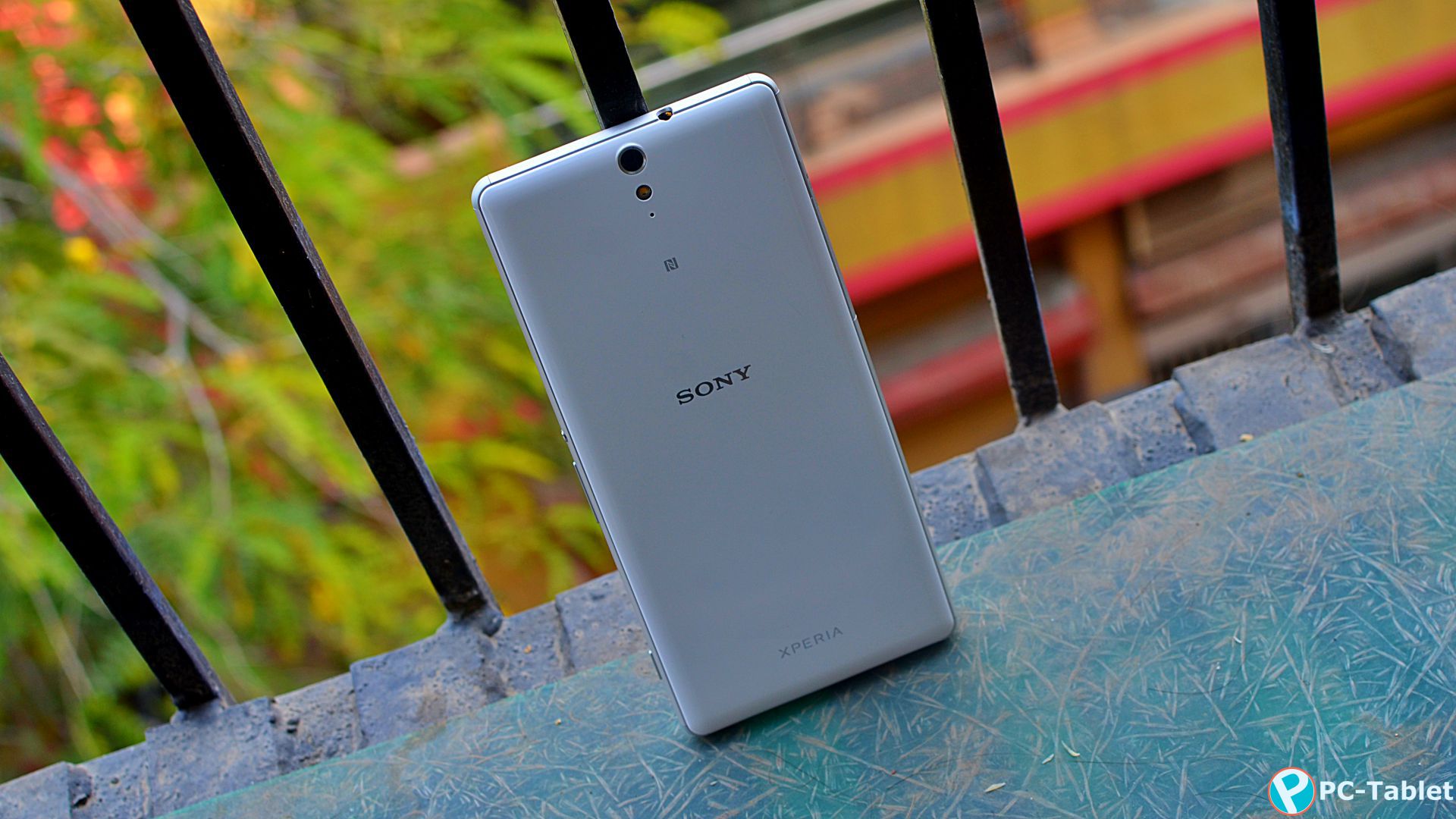 The primary camera is placed on the top center of the back, in a metal ring casing just like the front camera, right below is the single tone flash, and the pinhole is secondary noise cancellation microphone.

Even with this huge build, you can technically hold it in one hand, but for operating the device, you will have to use both the hands.

When I first started reviewing this phone, I looked for ways to use it single handedly, and Sony knew that people will look for it, so the phone does come with a single hand use mode. 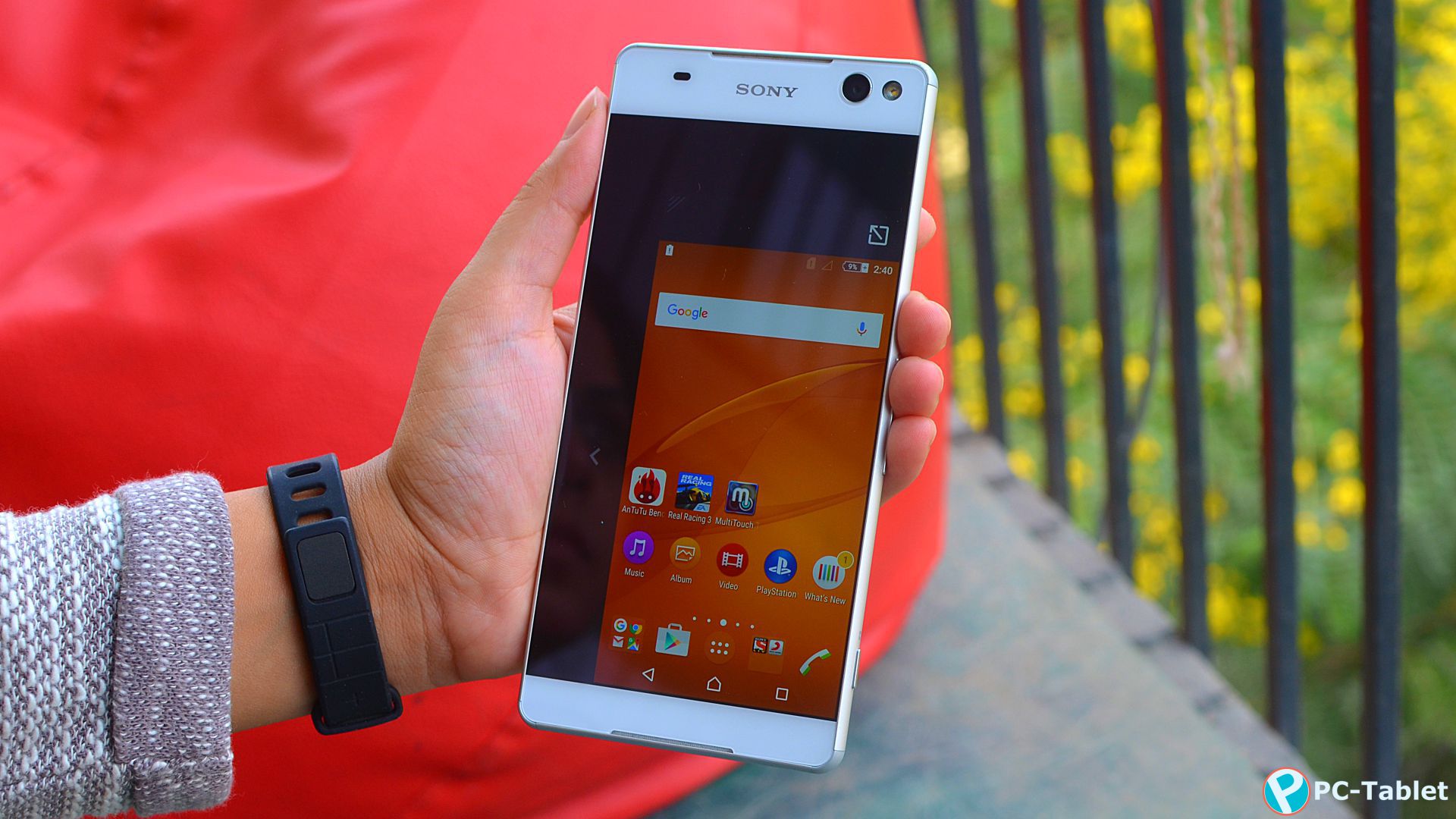 To activate it, just make a swipe up gesture from the bottom left the corner. Basically, it shrinks the display area and brings it within the reach of your thumb.

You can shrink the view area to basically around 4-inch and 4.7-inch display size or move it to left or right for both left and right-handed operation.

The screen is a 6-inch Full-HD 1080p IPS LCD panel with 367 PPI pixel density. The brightness is pretty nice, and Adaptive Brightness feature seems to work better than other phones because of Sony’s Mobile BRAVIA 2 engine, that is fitted inside the phone.

The screen protection glass is no gorilla glass whereas Sony has used its scratch resistant glass, and it seems to hold up quite well against scratches and even keeps smudges away to a certain extent, but no data on its toughness is available.

Sony Xperia C5 Ultra Dual is an upper mid-range phone, and yet Sony has opted-in for a MediaTek 1.7GHz octa-core processor instead of a Qualcomm Snapdragon chip.

The processor is backed by 2GB of RAM and Mali-T760 MP2 GPU. It’s the same GPU that comes in the previous generation C4 as well.

Although it is a delight to play games on this huge screen frankly couldn’t impress me much as I experienced the serious lag couple of times while playing most of the graphics intense games. Sometimes the phone got completely frozen, and either had to wait for few minutes to use it again or had to restart it manually.

And just like Z3 series and previous generation C series phones, Sony has tragically or I should say, has completely failed to fix the overheating issues in this phone as well. A big disappointment! 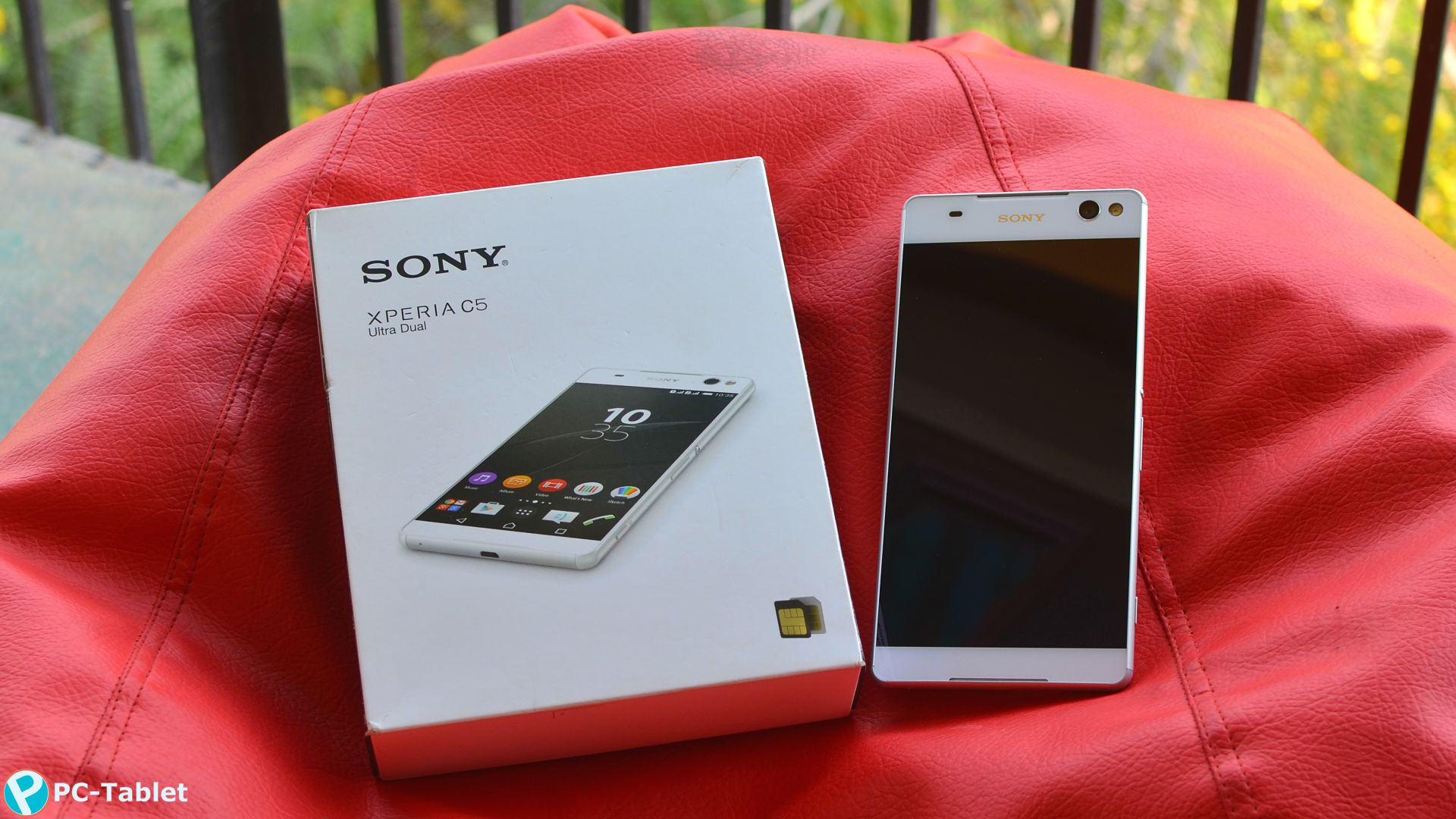 The phone runs customized Xperia UI layered on-the-top of Android 5.0 Lollipop. And as soon as you power-up the phone, you’ll come to know that it’s already loaded with lots of bloatware already.

Along with the company’s proprietary apps, Sony has also bundled few tools that will help users to manage the phone with ease. Double tapping the on-screen home key can bring down the notification panel is very interesting and handy.

Moreover, even editing the selection of toggles is available with a shortcut straight from the notification window. Rest is pretty much basic Android only.

The phone also supports microSD card of up to 200GB, which is huge!

The phone comes with 16GB of onboard memory with around 7.36GB of space available for user data. The phone also supports microSD card of up to 200GB, which is huge! 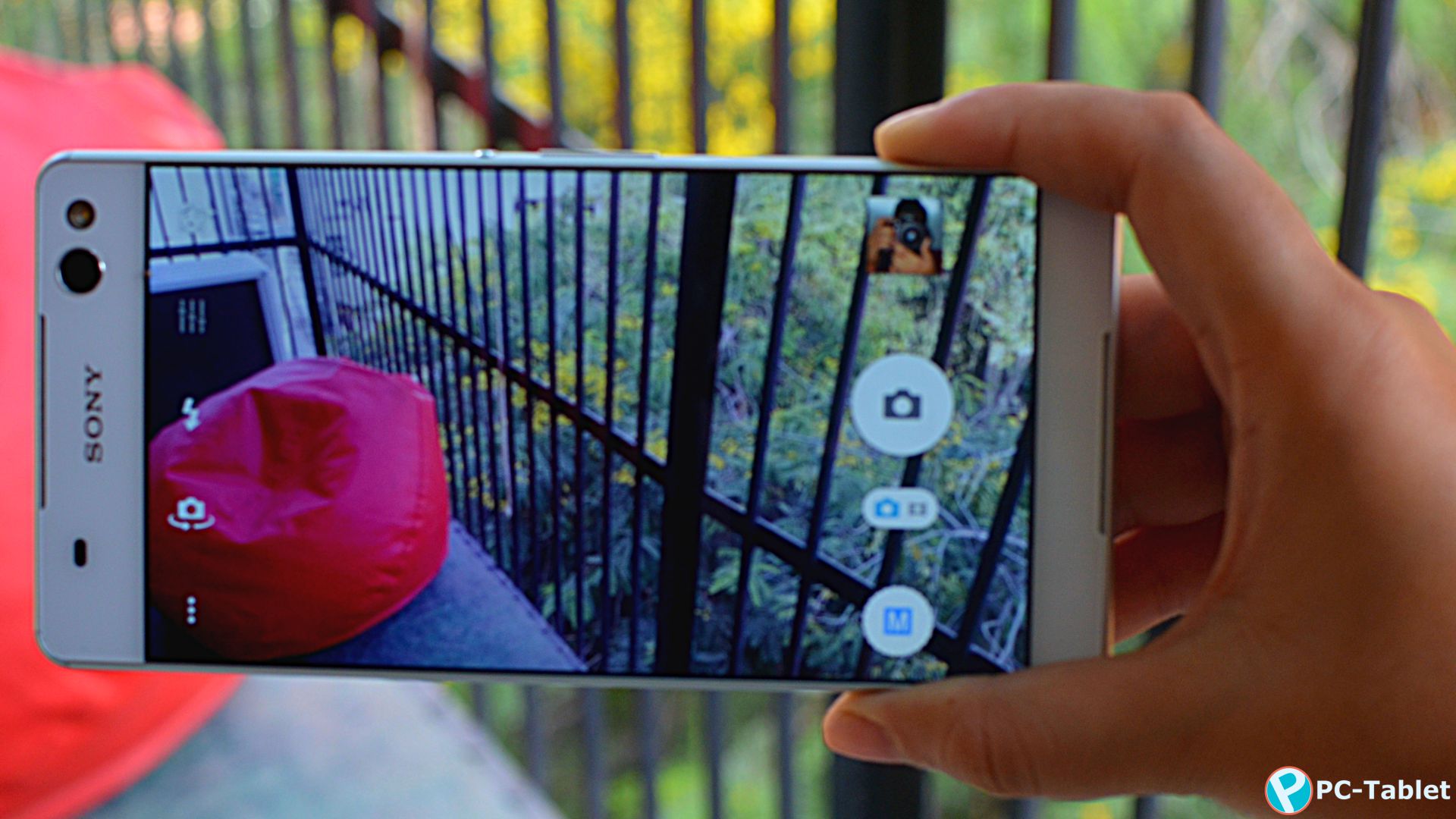 The prime focused feature of this phone is the camera! Both rear and front are 13 MP camera with LED flash. Let’s talk about the rear shooter first.

Rear shooter performs very well in day light condition. You can see the detailing is good, and the colors are on point.

It has several user modes for specific situations. Users can download additional modes as well from Sony if they wish to have more. 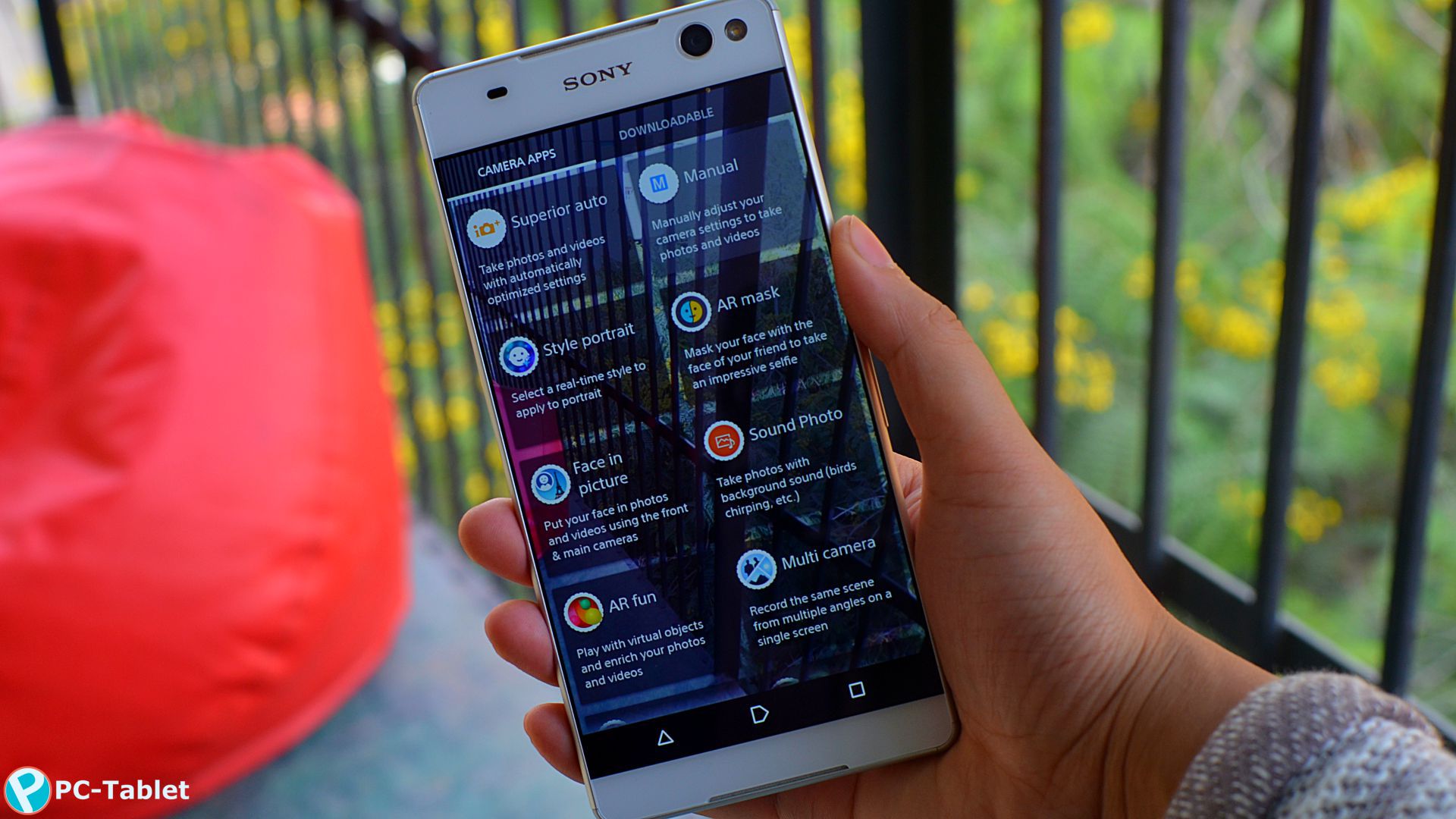 It comes with a Manual mode that gives the user complete control over the camera settings including white balance, exposure, sharpness, ISO, etc.

The camera still has downsides; the autofocus hardly has any effect on shots and camera failed to impress us at night or in low light conditions. Most of the shots are having the high level of noise. Being a single LED flash, it’s not powerful enough at times.

I was surprised to see that the selfie camera managed low-light conditions better. Also, if you use the camera a lot you can feel it little to be on the hotter side.

The front facing camera is one of the best we’ve seen on any smartphone. 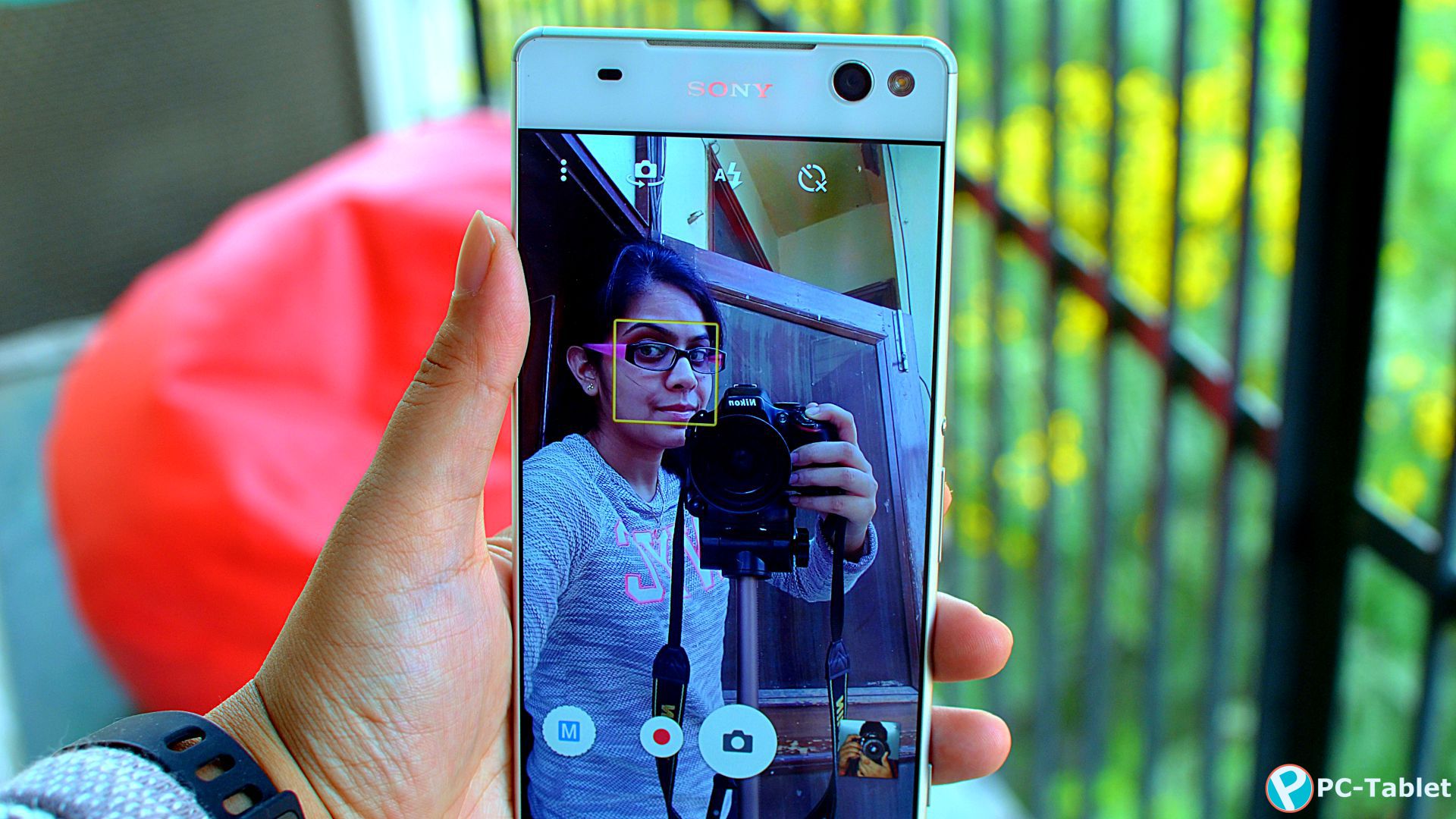 The front facing camera is one of the best we’ve seen on any smartphone. Surprisingly, front camera sports a wide-angle lens but rear does not.

The detailing is really good, and the colors are vivid. Images are brilliant and makes it a selfie-centric phone. Girls will love to have such an amazing selfie camera.

The video resolution of both the cameras max-out for 1080p at 30fps and are not capable of recording at 4K resolution.

It’s a Sony device; one can assume that the audio quality will be supreme. No doubt sound is powerful enough, all thanks to stereo speakers! Also, the sound quality is crystal clear, and no distortion was experienced.

Sony claims that 2,930 mAh phone battery can stay juiced up for two consecutive days on a single charge, but I doubt that! So, we did put the phone on certain tests and found Sony’s claim acceptable only in very moderate usage condition.

The utter shock comes when you get to know that it takes around 5 hours to get fully charged for once with its charger.

The utter shock comes when you get to know that it takes around 5 hours to get fully charged for once with its charger.

Carrying a power bank is advisable when in doubt as the phone neither have a removable battery nor supports fast charging. 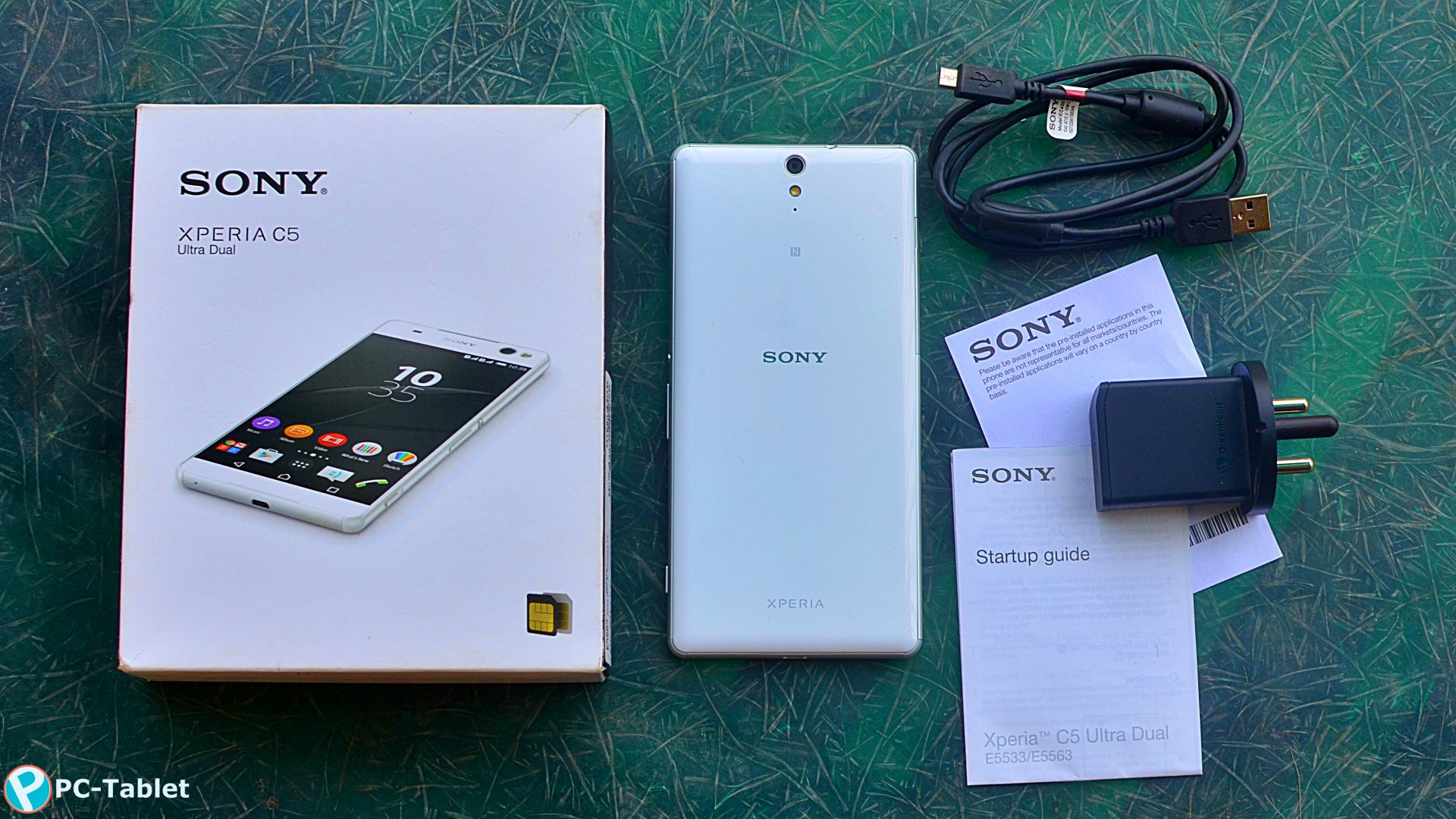 To conclude, I would say the phone has a brilliant front camera, display, and sound quality, but looking at other things, this phone is a disaster.

If your sole purpose is to click selfie and watch videos, buy this phone, else at this price point, rest of the people can stay away from this bulky piece of glossy plastic.