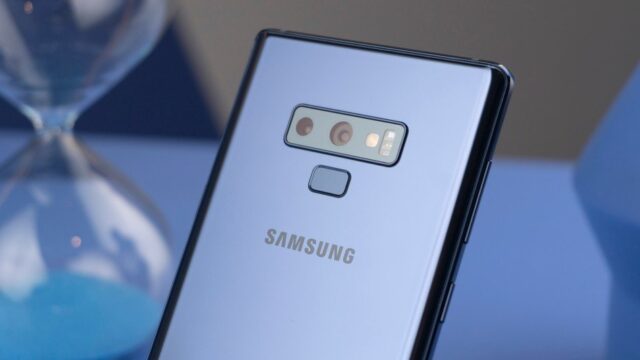 Now that the Galaxy Note 9 is here in all its glory, the obvious question that is uppermost in the minds of most is that how it compares to its predecessor, the Galaxy Note 8. And it is here that most Galaxy Note fans are likely to be disappointed with the latest Note 9 given that both the phones look a lot like each other.

That again is from the exterior though there sure exist significant changes in the Note 9 compared to the Note 8. Let’s delve a bit deeper to find out how the two stacks up.

Processor, RAM, storage: The Note 9 packs in more muscles here thanks to the Snapdragon 845/ Exynos 9810 chip that it comes equipped with. Both the processors offer considerable performance boost compared to their predecessors while being more frugal with battery power. Then there also is the new Water Carbon Cooling System that debuted with the Note 9 and promises better heat dissipation. This in turn ensures greater operating flexibility for the processor and hence lesser chances of the same getting throttled when pushed to the limits.

Another first with the Note 9 is the integration of an 8 GB RAM, the highest ever on a Note device so far. The Note 8, in comparison peaked at 6 GB, which happens to be the memory size option for the entry-level Note 9.

Similarly, the storage too has seen a considerable jump to 128 GB which happens to be the new low. In other words, the entry-level Note 9 itself offers 128 GB of storage while the top-end model comes with 512 GB of native storage.

Display: The Note 9 comes with a bigger display compared to the Note 8 even though the increase should be hardly perceptible to the naked eye. While the Note 8 offered a 6.3-inch display, the same on the Note 9 has a slight uptick to 6.4-inches. Similarly, with the bezels too getting shrinked to some extent, the display area has seen a slight increase – 83.4 percent compared to 83.2 percent on the Note 8.

Everything else however remains just the same. That includes the Super AMOLED panel of 18.5:9 aspect ratio, resolution of 1440 x 2960 pixels and HDR10 compliance. The Note 9 also offers Corning Gorilla Glass 5 levels of protection similar to what the Note 8 did. However, with the display area getting enhanced, pixel density has come down to 516ppi compared to 521 ppi on the Note 8.

Dimensions and weight: Contrary to the usual convention where each successive device ends up being lighter and thinner than their predecessors, the Note 9 ended up being heavier and thicker than the Note 8 though the changes again are negligible at best. To back those up with figures, the new Note 9 tips the scales at 201 g while the same for the Note 8 stands at 195 g.

S Pen: The humble S Pen stylus isn’t just about writing or doodling on the Note 9. Instead, it now is Bluetooth LE enabled, which means it can be used as a remote camera shutter or simply as a clicker when making presentations. None of that with the S Pen stylus that came with the Note 8.

Camera: The Note 9 comes with a dual camera setup which again is the same as on the Galaxy S9 Plus. That includes two 12 mp lens with the primary sensor having dual aperture lens that varies from f/2.4 and f/1.5. The secondary lens in turn offers 2X optical zoom. The Note 8 also comes with a dual 12 mp camera each having a fixed focus of f/1.7 and f/2.4 respectively.

Battery: The Note 9 finally has seen an increase in its battery capacity which comes as a reversal of sorts given Samsung had resorted to actually lower the battery capacity on the Note 8 after the infamous Note 7 scandal. As such, the Note 9 comes with a quite generous 4000mAh battery compared to a 3300mAh power pack for the Note 8.

Price: Now this is one aspect that most would never like to see an improvement though unfortunately, that is exactly what has happened. And the margins are quite significant. With the new Note 9, things start at $999.99, which applies to the base 128 GB model with 6 GB of RAM. The top-end model with 8 gigs of memory and 512 gigs of storage will set one back a cool $1250. No 64 GB starting model in the $800 to $900 price range which also used to be the price range that the Note 8 started at.