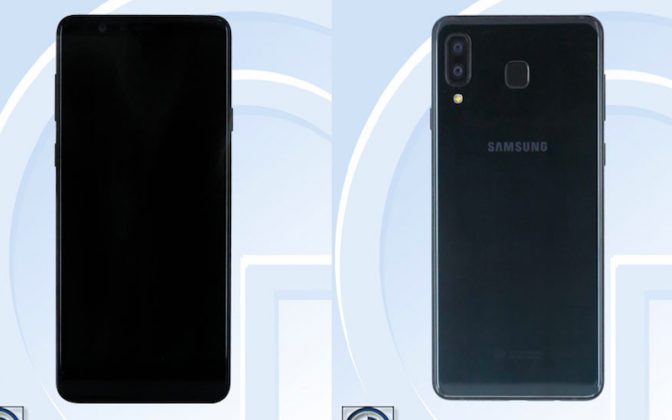 Samsung Galaxy Note 9 is rumoured to go official sometime in September. Though it appears another handset could launch alongside the upcoming flagship phablet. A handset with model number SM-G8855 was spotted on Chinese certification site TENNA. The device is allegedly the Samsung Galaxy S9 Plus Lite, and is expected to launch around the same time, or even earlier than the upcoming Galaxy Note 9.

Going by the listing, the handset features a vertically stacked dual-lens primary camera setup with 24MP+16MP primary and secondary camera lenses. For selfies, the device gets a 8MP front-facing shooter.

As far as specifications go, the listing suggests that the Galaxy S9 Plus Lite will be powered by an octa-core processor clocked at 2.2GHz or 1.8 Ghz. The listing, however, does not specify the chipset’s name, though sources indicate it could be the Exynos 9810. The processor is paired with 4GB of RAM and 64GB of built-in storage, according to the listing.

Elsewhere, the device is said to pack a 6.28-inch AMOLED display having a resolution of 2280×1080 pixels. While juicing up the handset is a 3700mAh battery. Not to mention, the listing also reveals that the device will be equipped with a 3.5mm headphone jack along with a rear-mounted fingerprint scanner.

Preliminary reports also indicate that the Samsung Galaxy S9 Plus Lite will be exclusive to Chine market. As Samsung launched the Galaxy S Light Luxury smartphone in Chine alone, which was essentially a cheaper variant of last year’s Galaxy S8 flagship  However, it’s too early to confirm this rumour as the device could go official in other international markets as well.

More details about the handset should surface as near its launch. We’ll update you as soon as we hear anything new. Until then, keep checking back for more.