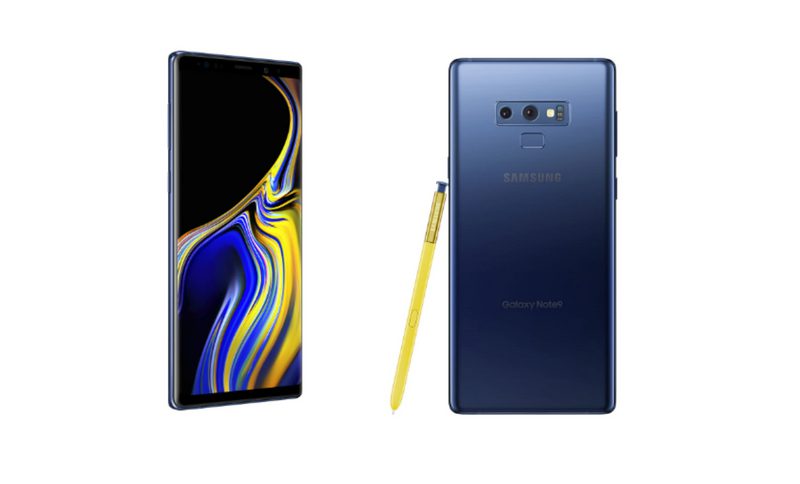 Samsung has officially unveiled the Galaxy Note 9 at an event in New York. The company is touting its latest flagship as the most powerful handset it has ever built, boasting a huge 6.4-inch AMOLED display. The device goes on sale on August 24, much before than its predecessor which went on sale in September. However, there’s no word on its India launch yet.

One of the key highlights of the handset is the bundled S Pen, that now gets Bluetooth connectivity so users can now click photos with it. The Galaxy Note 9 also gets a dedicated Bixby button, Samsung’s voice-equipped personal digital assistant that has received minor improvements.

Key specifications of the phablet include a 6.4-inch QHD Infinity AMOLED display which boasts a resolution of 2960×1440 pixels. Under the hood, the device gets powered by Snapdragon 845 processor bundled with either 6GB or 8GB RAM. Other international markets including India will get the Exynos 9810 processor.

The device is offered in 128GB and 512GB built-in storage models. It also comes with a microSD slot allowing users to add another 512GB storage, giving users upto a mammoth 1TB of storage. To keep things ticking, the Galaxy Note 9 packs a chunky 4000mAh battery that supports fast charging as well as wireless charging.

As far as OS goes, the Galaxy Note 9 runs Android 8.0 Oreo with Samsung’s in-house software atop. However, there’s no word yet when it’ll get the upcoming Android 9 Pie update.

On the connectivity front, the Galaxy Note 9 gets 4G LTE, Bluetooth 5.0, USB-Type C, NFC, Wi-Fi, and a 3.5mm jack. Other notable features include IP68 dust and water resistance certification, along with a fingerprint sensor on the rear.