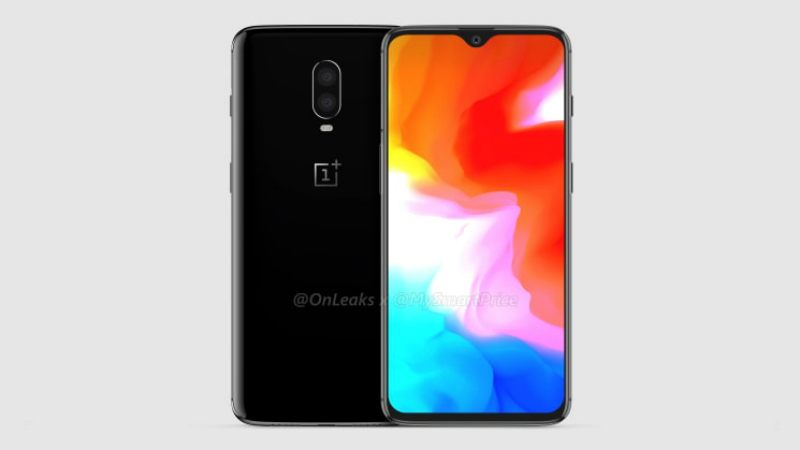 We’ve already come across a plethora of leaks of the upcoming OnePlus 6T so far. The company will launch the flagship on October 17th in India, according to a leaked launch invite. Now, we’ve got alleged 360 renders of the handset revealing key design aesthetics of the upcoming flagship.

The latest renders were shared by credible leakster @OnLeaks, who has a rather good track record with certain leaks in the past. Going by the renders, we can see that the front of the handset sports a waterdrop-style notch with the selfie cam housed right in the middle of the notch.  Meanwhile, the back of the handset shown in these renders show a dual camera setup.

Elsewhere, the leaked 360 degree renders of the OnePlus 6T reveal a USB Type C port, a microphone on top, along with a loudspeaker at the bottom. The volume rockers can be seen housed on the left edge, while the lock/power button and alert slider are placed on the right edge of the handset.

Readers, however, are advised to take this information with a pinch of salt because some leaks in the past have pointed out that the OnePlus 6T will come equipped with a triple camera setup on the back, though the latest 360-degree render suggests otherwise.

That said, what we do know is that the OnePlus 6T will come with an in-display fingerprint scanner, a feature the company has reportedly dubbed as ‘Screen Unlock’. Besides, the handset won’t feature the traditional 3.5mm jack. The company’s co-founder confirmed in an interview that removing the headphone jack would allow the company to focus on other areas such as increased battery.

OnePlus has also confirmed that it will launch the new Bullets V2 Type-C earphones alongside the OnePlus 6T. It’s also worth noting the flagship will once again be an Amazon exclusive, as the OnePlus 6T is up for its notify me pre-order stage on Amazon India.

More details are likely to surface as we near its official launch. We’ll update you as soon as we hear anything new. Until then, keep checking back for more.