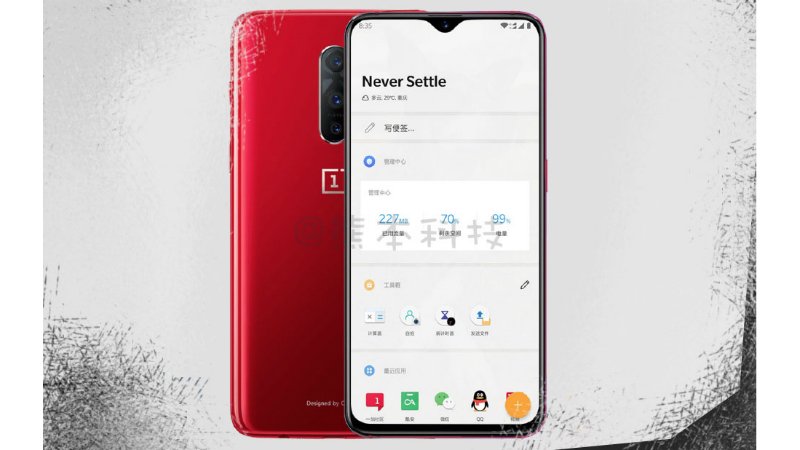 Rumours have started flying thick and fast about the upcoming OnePlus 6T. Earlier, a leaked retail box revealed key details about the device. Now, the smartphone has been leaked in a render revealing more details about the handset.

To begin with, the leaked renders shows a triple rear camera setup. Now, this would be a massive change from its predecessor which only had two camera sensors. The leaked image further suggests the handset won’t have the traditional fingerprint sensor.

Finally, the latest leak shows the presence of a tiny notch which is commonly known as waterdrop notch, similar to the one found on flagship offerings from Oppo. The leak falls in line with earlier leaks, and is likely authentic. As a leaked image of retail box also indicated the presence of an in-display fingerprint sensor as well as the waterdrop notched display.

Not to mention, the leaked image shows the handset sporting a red colour scheme, which isn’t new to OnePlus handsets. The company already has a Red colour variant of the current OnePlus 6 flagship, and there’s a possibility the company might do the same with its upcoming OnePlus 6T flagship.

Being a flagship-grade handset, the OnePlus 6T is likely to come with an AMOLED display, Snapdragon 845 processor, and a healthy amount of RAM.

While nothing is official at the moment, but regardless, leaks about the handset should be exciting for OnePlus fans. As far as release goes, key sources indicate that the OnePlus 6T could launch in October this year. Meanwhile, the handset is expected to be priced somewhere around $550 (roughly INR 38,400).

More details about the OnePlus 6T are likely to surface as we near its official release. We’ll update you as soon as we hear anything new. Until then, keep checking back for more.