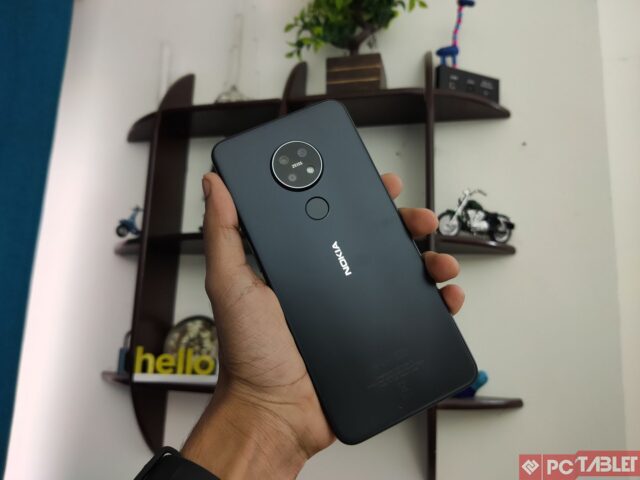 While brands are gunning in and we’re seeking new smartphones with top of the line specs at dirt cheap prices since last two months. Nokia seems to be playing a different game. They brought the new Nokia 7.2 to India that we saw unveiled at IFA 2019.

The new phone brings the Snapdragon 660 SoC, with a triple camera setup on the back and premium design in the mid-range price point. Sure from the specs, you might not be drawn towards it for a moment but let’s find out if you should go for it or not in our full review. 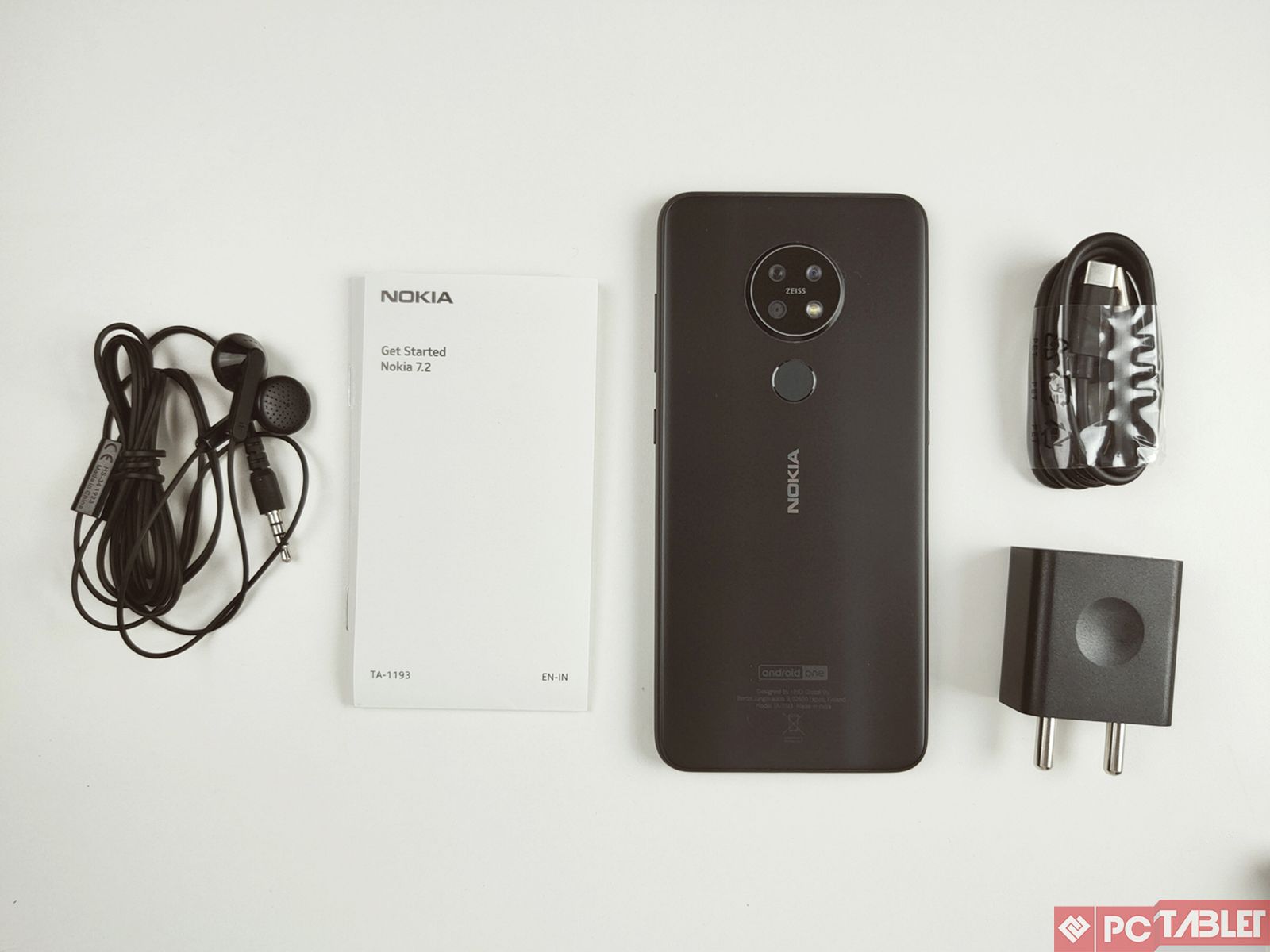 Box sports very minimal design with the Nokia 7.2 branding on the top. As soon as you lift the top part, you are greeted with the smartphone with the documentation and accessories placed underneath.

Now with the Nokia 7.2, the brand has dropped the metal and glass design in favor of polycarbonate. Considering the price of the phone, you would demand a bit of a premium feel to it and Nokia certainly delivered it. Despite using plastic, the phone screams quality upon touch. From the smooth black plastic of the rim to the matte finish on the rear panel, we are loving it. 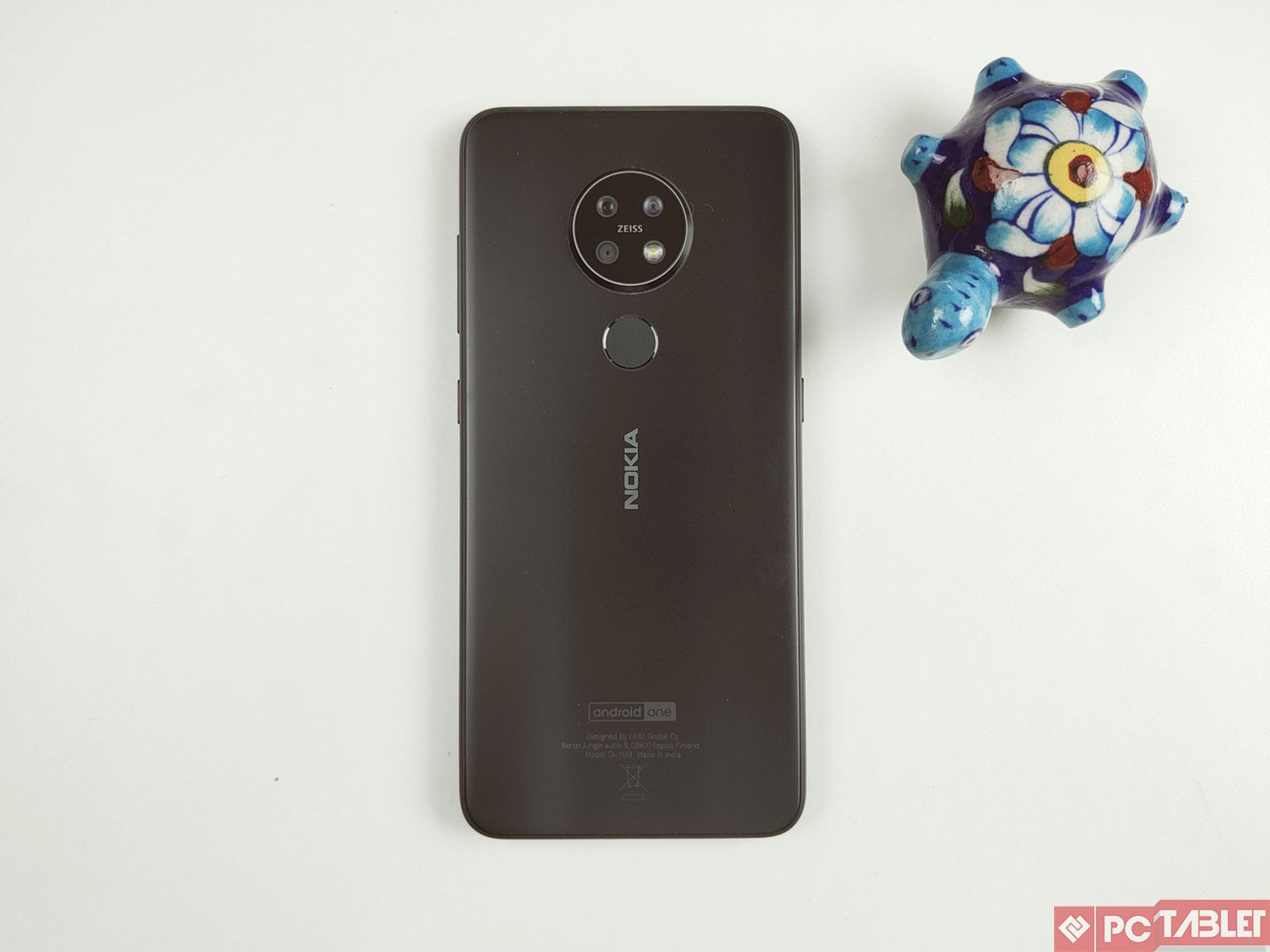 Moving on to the button placement, you get the volume rocker and the power button on the right side, while the triple slot (dual Nano-SIM + microSD) tray and a dedicated Google Assistant button are placed on the left. And yes, it seems like Nokia is sticking with the dedicated Google Assistant button across their new lineup. The 3.5mm headphone jack is located at the top, while the speaker and USB Type-C port are at the bottom. The Nokia 7.2 is available in two colors as of now – Charcoal and Cyan Green.

Coming to the back, you get a triple camera setup placed in a circular module which protrudes quite a bit. Underneath the circular module lies the fingerprint scanner and the Nokia branding. If we take our attention to the front, we see a 6.3-inch display with a dewdrop notch and visibly large borders. The chin, as usual, has the Nokia branding which seems out of place and should be removed in the next iteration of this series.

As previously mentioned, the Nokia 7.2 has a 6.3-inch IPS LCD display with a dewdrop notch. The resolution here is FHD+ meaning there are plenty of pixels to cater to your content cravings. There is support for HDR10 and Nokia’s PureDisplay technology does a decent job up-scaling the content from SDR to HDR. 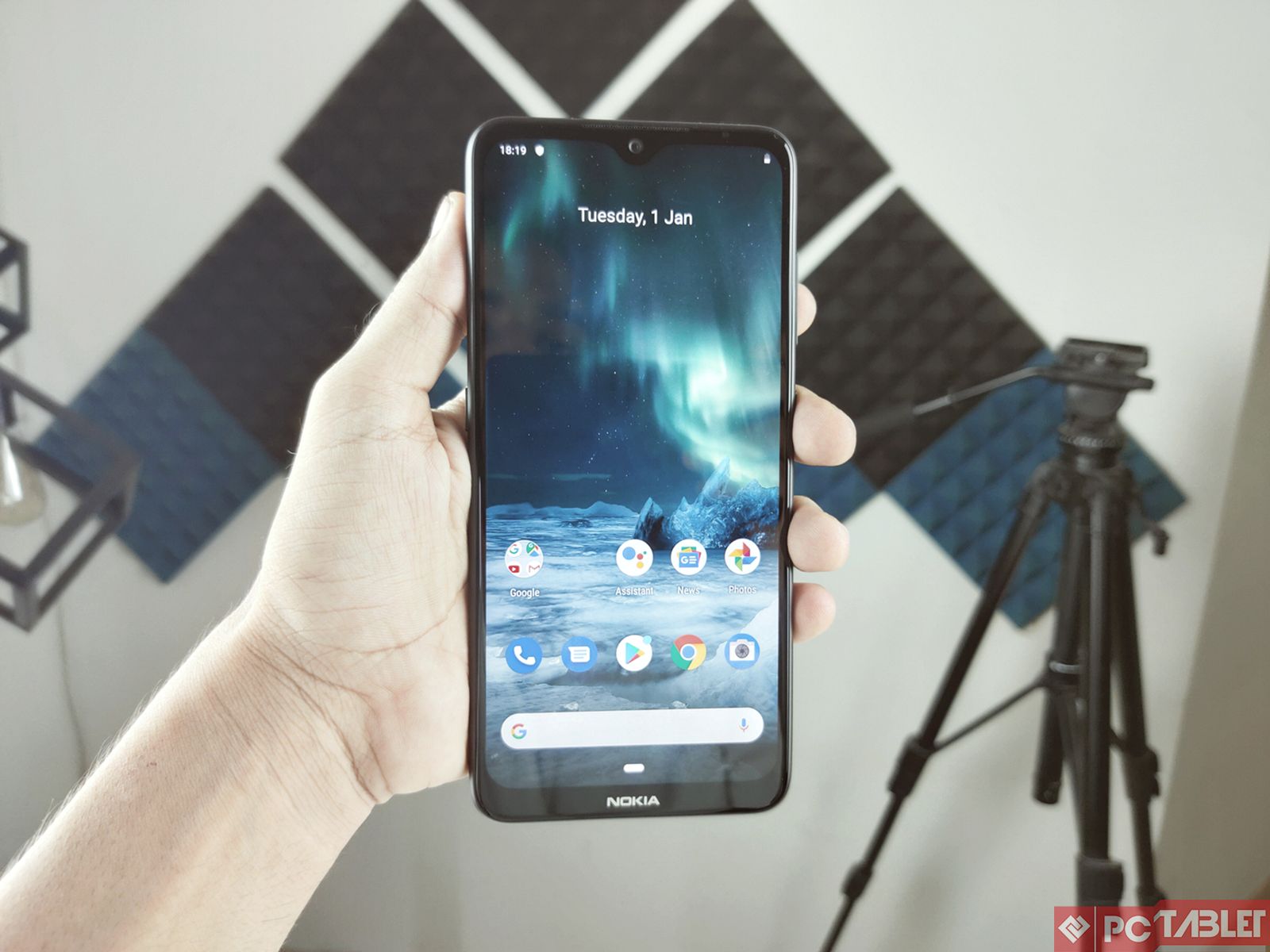 The only thing bothering us are the sizeable borders all around and the chin with the Nokia logo. The display has DPI-3 color gamut and you can tweak with the colors from the display settings. The display gets pretty bright, is sharp and vivid, with good viewing angles and color reproduction. The phone secures the Widewine L1 certification meaning you get to enjoy HD content on both Netflix and Amazon Prime Video.

Overall, we found the display to be one of the strongest suits of the Nokia 7.2.

Like other Nokia smartphones, the Nokia 7.2 also runs on the Android One platform with the Android 9 Pie powering it right now but fret no, the phone will be upgraded to Android Q once it is available in the coming months. Nokia has already announced the roadmap for the updates with some models getting the beta builds this month.

The smartphone came with the latest security patch and during the time of testing we did get some software updates as well which bumped the experience. There’s not a lot of ad-on apps and services included here, all of them contributing to the lightness of the OS. You get a Nokia care app, the camera app is also supplied by Nokia. The phone also gets Android Pie’s Digital Wellbeing feature which helps monitor smartphone usage. 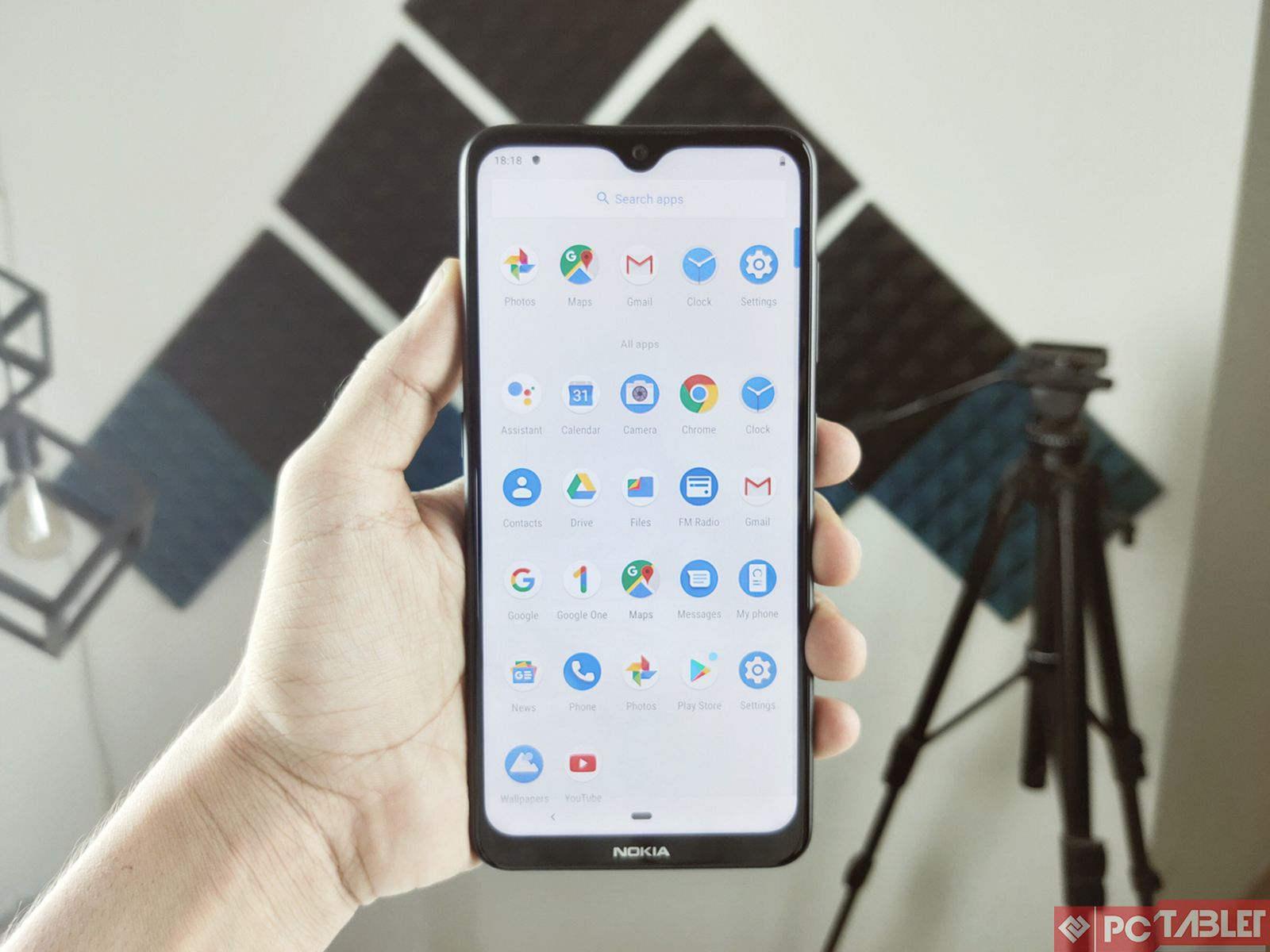 Apart from this, you get the full Pie experience with features like Adaptive Display, Adaptive Battery and the pie navigation gesture. There is a dark mode included as well, for some reason.

Coming to the performance aspect of this review, the Nokia 7.2 is powered by Qualcomm Snapdragon 660 AIE SoC. Now, this particular chipset has aged and is particularly available in under 10k smartphones. Nokia’s decision of going with this processor especially on a mid-range product seems odd. Still, the Snapdragon 660 is quite capable and handles day-to-day tasks with ease. Launching and switching between apps were smooth. 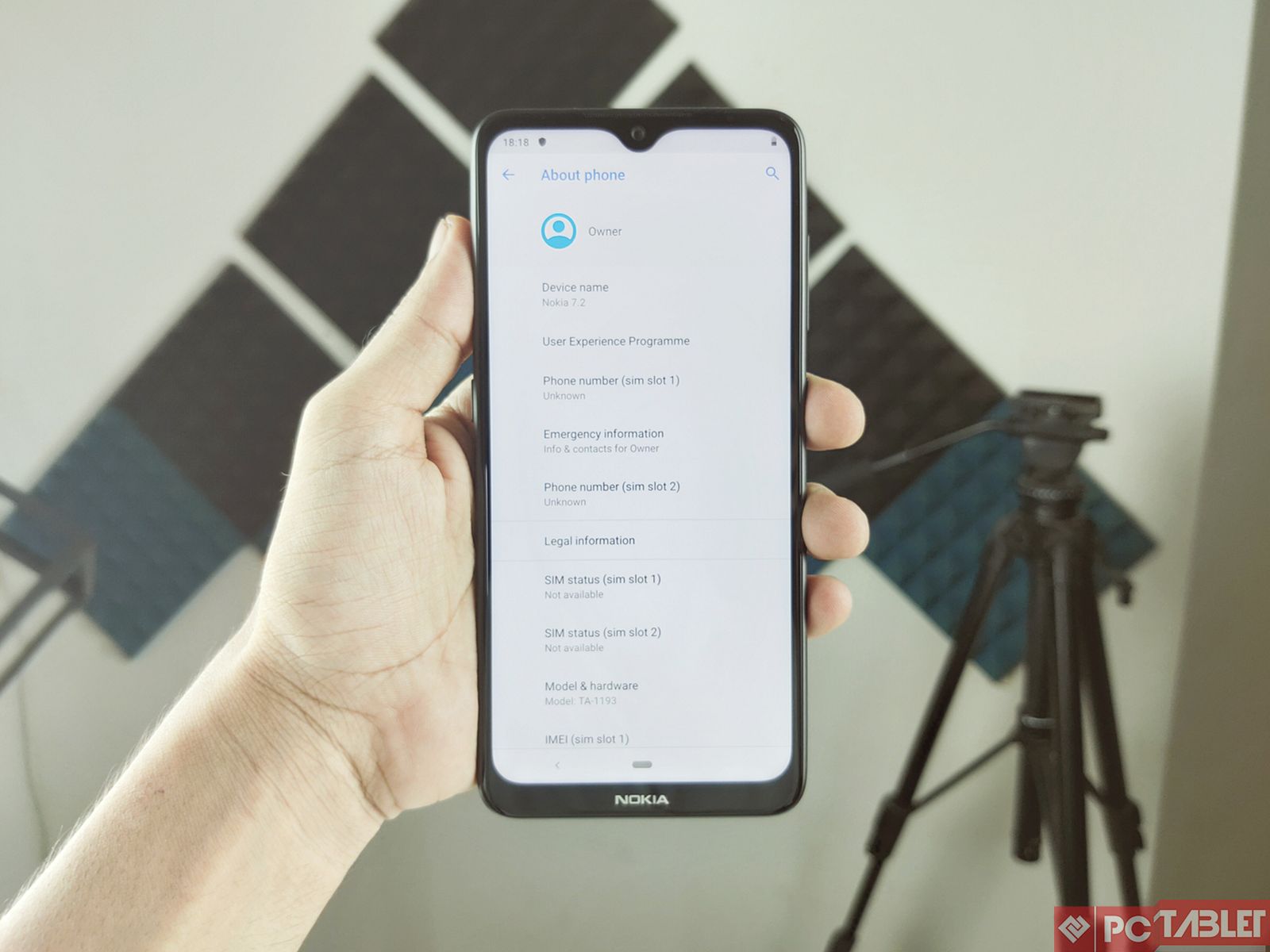 During our tests, we did a bit of gaming as well. We ran PUBG Mobile, Call of Duty: Mobile, and Asphalt at medium graphics settings with almost zero lag, but frame drops were easily visible. The phone did well in benchmarks as well but lacked in some areas when compared to the latest budget offerings with newer chips. On the storage front, you get 64GB storage with the option to add a microSD card to bump the storage up to 512GB.

When talking about the optics, the Nokia 7.2 comes with a triple camera setup on the back with the main 48-megapixel camera, an 8-megapixel ultra-wide, and a 5-megapixel depth sensor. This combination of sensors has slowly been gaining traction among buyers and even flagship smartphones are adhering to it.

In great lighting, the primary 48-megapixel sensor (which actually shoots 12-megapixel images by default – pixel binning) is capable of capturing very good shots, with balanced colors and plenty of detail. When switching to full 48-megapixel images, things might change a bit depending on the lighting but there is an apparent shift in the punchiness of the shots. In low lighting the camera does take a hit and images are grainy and passable at best. 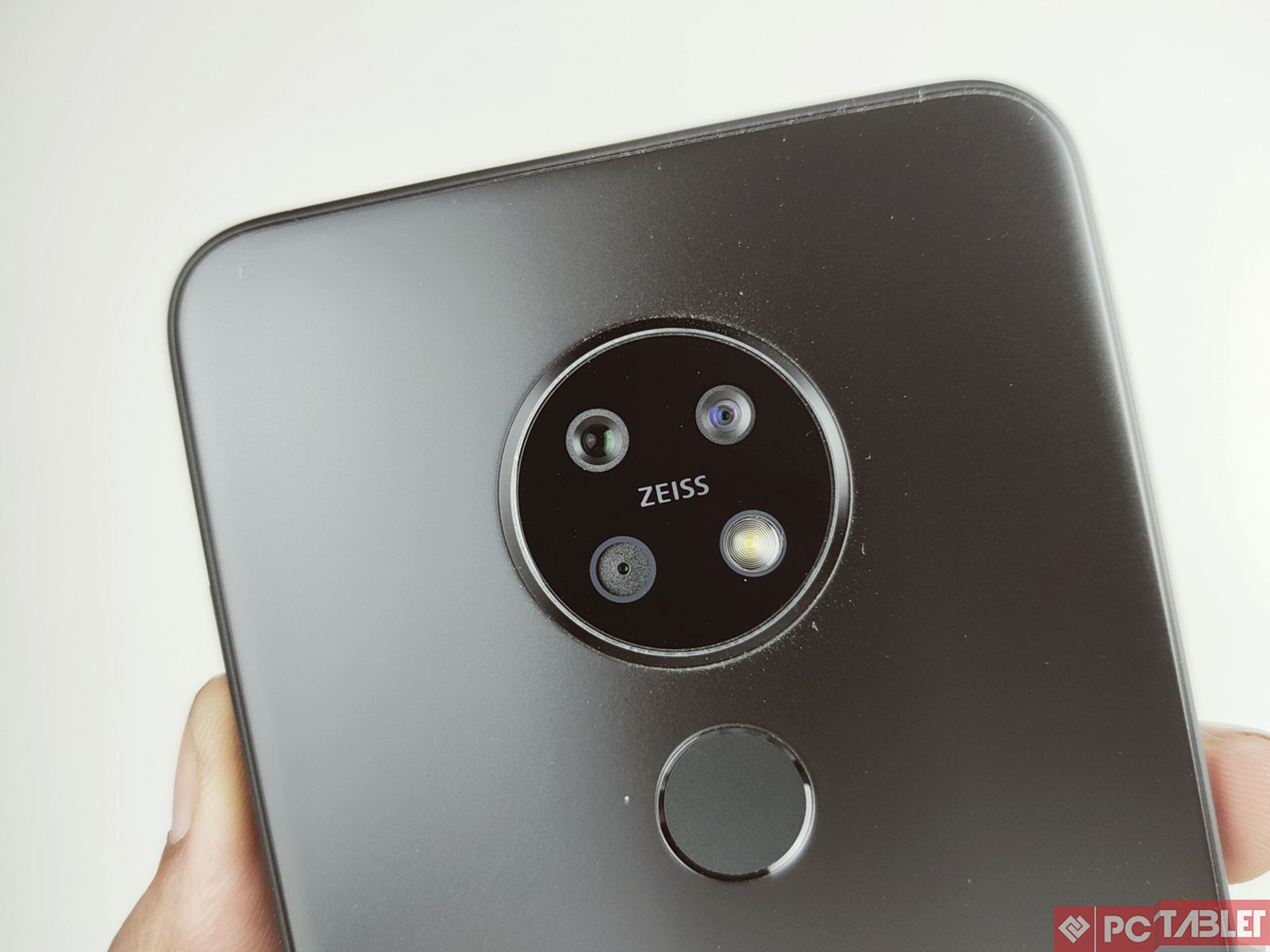 Photos shot using the wide-angle sensor had lower levels of detail and a gradual shift in the colors. This is an issue that exists across all smartphones. You can take macros as well and they come out as expected. We did notice shutter lag during our testing and hope Nokia fixes it somehow.

The default camera app on the Nokia 7.2 features modes such as HDR, panorama, low-light enhancement, time-lapse, beautification, and Google Lens, with AI, added to the mix as well which helps with the Night Mode. There is a 20-megapixel shooter on the front which produces mediocre results. When taking portrait shots, it’s a hit or miss kind of situation. The phone struggles with adjusting the blur effect intensity and object separation leading to shots with random blurs. On top of it, you get beautify mode with ugly filters that could easily drag down your selfie game. 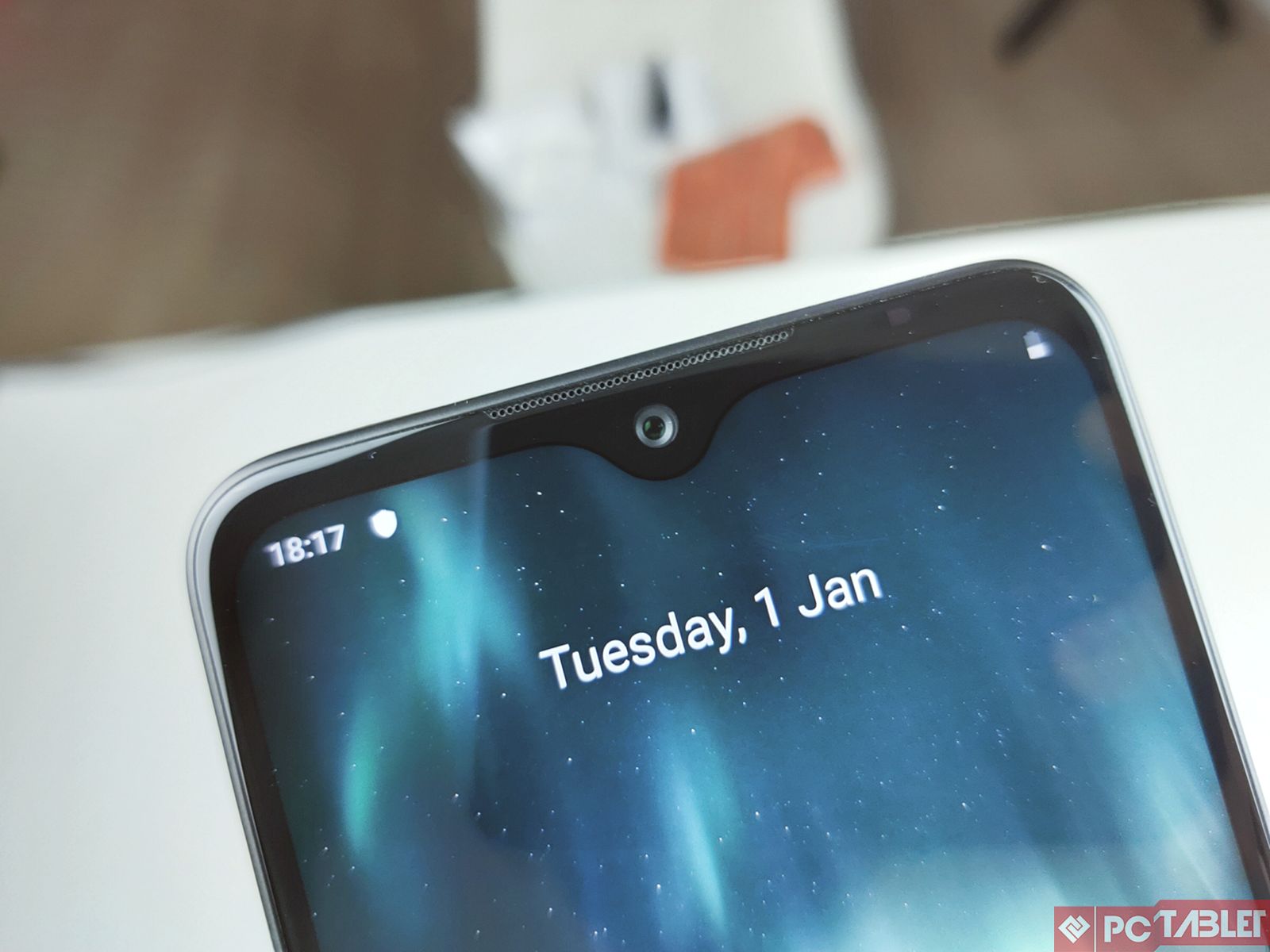 The Nokia 7.2 can shoot videos at up to 4K 30fps while the Full HD videos are also capped at the same fps level. There is no Optical Image Stabilization (OIS) instead you get EIS as standard. The phone does a decent job of taking videos and perhaps is the best smartphone to take 4K videos right now in this price bracket.

Coming to the battery, you have a 3,500mAh cell in here running the show. In our tests, the phone lasted a whole working day with close to 35% juice left with moderate usage. The phone does support fast charging but for some reason, Nokia is supplying a 10W charger with it. With the supplied charger, it took just a little over 2 hours to fully top up the battery from a single digit. 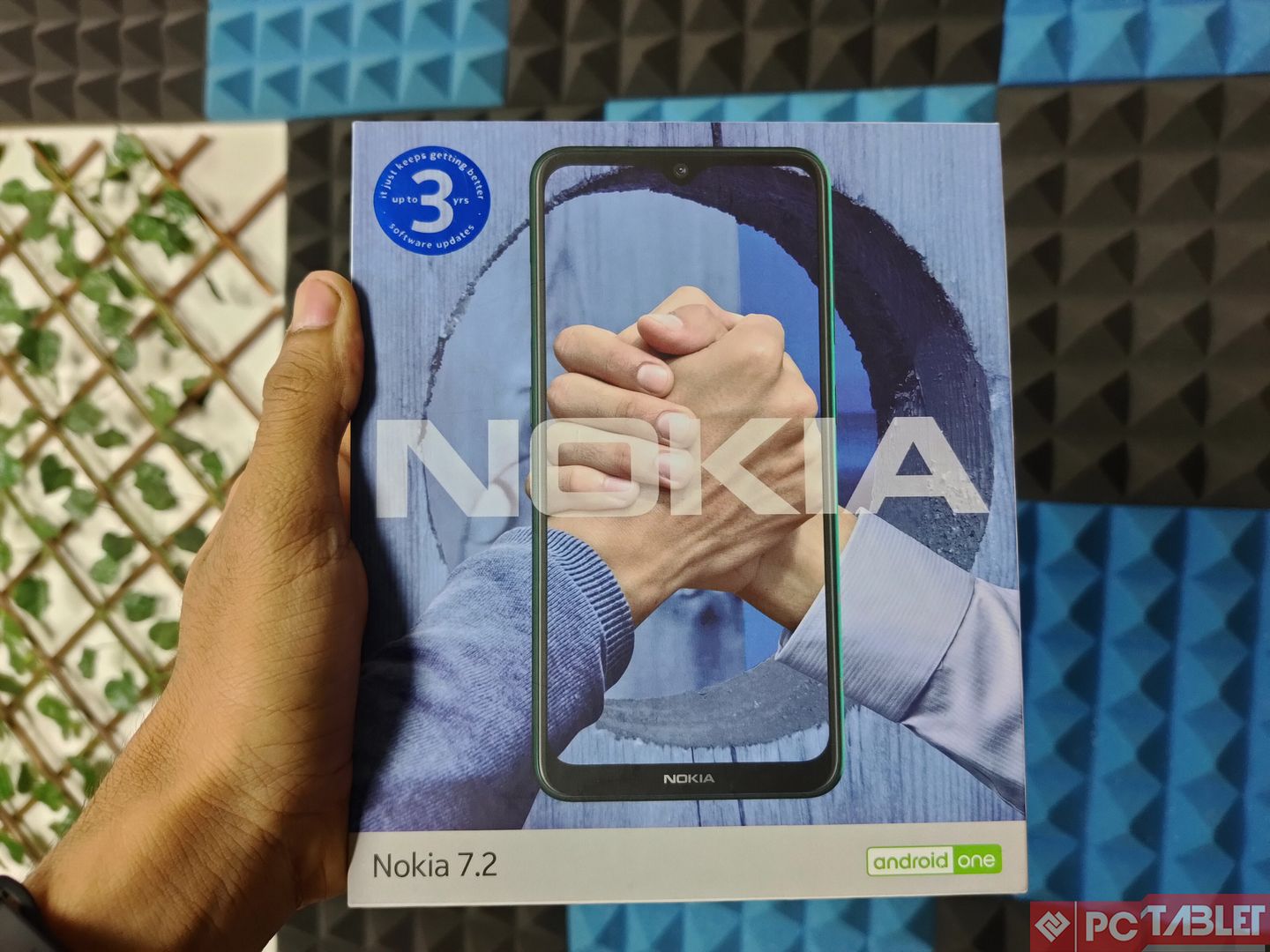 When looking at the Nokia 7.1, the new phone is definitely an upgrade. You get updated looks, triple cameras, better displays that are accounted for. The phone does a great job overall and sails through the day to day tasks with ease. The only issue is the price and the aging chipset. Perhaps, Nokia should have opted for the new Snapdragon 665 and a lower price, things could have been a little different. To sum it all up, this phone is ideal for people who need a good camera, battery life and of course stock Android.