Home News Motorola One Power is the first from the company to have a... 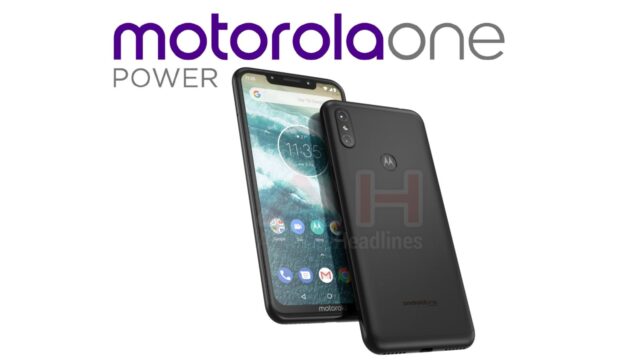 Motorola has a new phone in the making which is unique in more ways than one. Named Motorola One Power, the phone will also have a display notch which makes it the first from the company to be so designed, Android Headlines reported.

What is also interesting with the Android One Power is that the display notch is unlike the other more minimalistic notches we have seen on other Android phones. Rather, the Motorola One Power has one of the bigger notches, one that perhaps surpasses even the iPhone X as well. That again makes us wonder if the new Motorola One will also have a Face ID sort of a feature. At least the leaked image of the handset does point to a fairly expansive notch at the top.

The particular design element apart, the naming of the phone too makes for an interesting scenario as this marks the return of the Motorola brand name after a long time. The brand’s erstwhile owners, Google had resorted to using the name Moto on the pretext of simplifying things. Lenovo went a step ahead and even tried killing the brand off though fortunately, better sense prevailed in the end. And a fallout of that is not only has the brand survived, even the Motorola brand name has made a comeback.

However, what remains to be seen if this is a one off thing for the Motorola One Power or if all future devices will also have the same branding. Contradicting this is the recent launch of the Moto G6 while the new Moto Z3 too is in advanced stages of launching. Under the circumstances, the revelation of a Motorola branded phone does make for an interesting proposition.

Meanwhile, the naming also reveals another unique quality of the handset, that of its Android One background. That would mean an Android version on the device that would offer a stock Android feel devoid of all bloatware or the often intricate user interface running on top of the operating system.

Other details of the phone is still a mystery, which includes its likely specifications as well as the expected launch schedule.