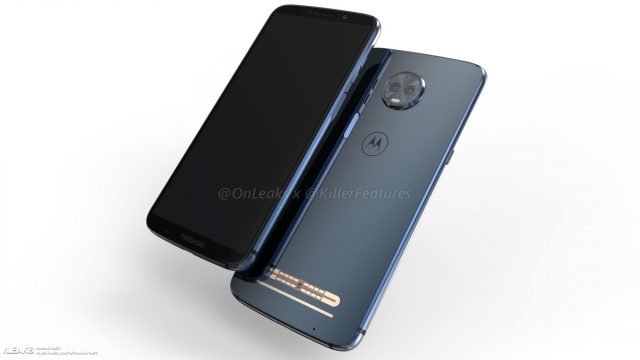 A leaked internal document has allegedly revealed key specs and features of the upcoming Moto Z3 Play handset. According to a report by XDA Developers, the document reveals rumoured specs of the handset such as the device’s processor, display, RAM, along with a few extra facts about the handset.

Going by the leaked document, the Moto Z3 packs a 6-inch AMOLED Max Vision Display having an aspect ratio of 18:9. The screen is also bezel-free and is likely to get Gorilla Glass protection on top. Earlier leaks about the Moto Z3 Play heavily tipped at a slim design and a full-screen display, and the new leak seemingly falls in sync with earlier reports.

Elsewhere, the leaked document suggests the handset will be powered by Snapdragon 636 processor bundled with 4GB of RAM. On the storage front, the device will be offered in a choice of 32GB/64GB storage variants.

In the photography department, the Moto Z3 Play will feature a dual-lens rear camera setup. There’ll be a 12MP primary camera sensor along with an unknown secondary lens. For selfies, the smartphone will get an 8MP front-facing shooter. Juicing up the handset will be a 3000mAh battery.

As far as software goes, the Moto Z3 Play will retain the same near-stock Android experience of its predecessors, barring slight tweaks which include the addition of features like Moto Display, Moto Vice, and Moto experience. Additionally, Moto Voice will have improved integration with the OS to facilitate better control over voice. Besides, Gesture Navigation will now be a part of the Moto Z3 Play, and Cinemagraphs will be a part of the default camera app – a feature similar to ‘Live Photos’.

As far as release goes, the Moto Z3 Play is expected to hit the market by the end of June given last year’s Z2 Play was also launched around the same time frame.