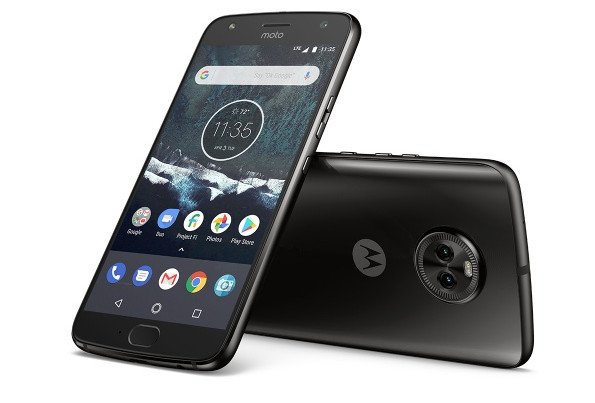 The Google has officially unveiled the Android One version of the Moto X4 smartphone in the US market today. The smartphone is available exclusively in US market only for Project Fi users. The Moto X4 runs on Android 7.0 Nougat OS which will be further updated to Android Oreo at the end of this year.

The Moto X4 smartphone sport a 5.2 inches Full HD LTPS IPS display which comes with Gorilla Glass protection. The smartphone is propelled by 2.2 GHz Octa-Core Snapdragon 630 SoC paired with Adreno 508 GPU and 3GB RAM. The phone also adheres a 32GB ROM which is further expandable up to 2 TB via microSD card.

It currently runs on Android 7.0 OS and fuelled by 3000mAh battery which comes with Turbo Charging technology. Regarding optics, the Moto X4 is packed with a dual rear camera setup, i.e., 12MP primary camera supported by PDAF and  f/2.0 aperture. While the secondary lens is of 8MP resolution which comes with a 120-degree field of view, f/2.2 aperture, and dual-tone LED flash.

Whereas on the front, there is a 16MP optics which comes with F/2.0 aperture and LED flash. The IP68 certification also enriches the Moto X4 smartphone for water and dust resistant capabilities. On the connectivity front, the smartphone includes 4G VoLTE, WiFi 802.11 ac (2.4 GHz and 5 GHz), Bluetooth 5.0 LE, GPS, GLONASS, NFC, USB Type-C, and 3.5mm audio jack. The Moto X4 adheres a front mounted fingerprint sensor and measured at 148.35 x 73.4 x 7.99 mm with weighs around 163g.

The Moto X4 smartphone comes in two color variants, i.e., Super Black and Sterling Blue. The smartphone comes with a price tag of $399 (Rs. 25730) and only available in the US for Project Fi users. The company is also providing the exchange offer of $165 for Nexus devices and offering $50 Fi credit for if consumers trade by October 5.