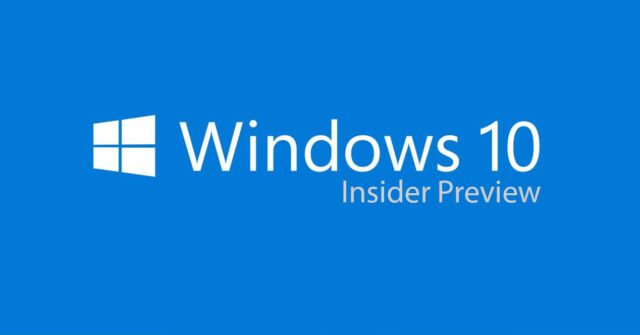 Since the arrival of its new operating system, Windows 10, Microsoft has been continuously making attempts to be in the headlines for all the right reasons. It was expected that Windows 10 will create history, it did, but for many it didn’t work out as expected. Microsoft’s team has been constantly working to fix out bugs to enhance the user experience.

Few days back, Microsoft releases Windows 10 Insider Preview Build 10565, which packs some exciting features. Following is the list of features that comes with new Build:

Hence, now you don’t need to open the app to reply to any of your friends on Skype, as the notification message will come with an option to reply. This is the feature that Microsoft had been talking in the past as well, and now finally it’s here.

Tab Preview – Another interesting addition, now you can easily know what is there on the website on the other tab by just hovering your mouse cursor on the open tabs to know the inside content.

Sync Favorite and Reading List Items – This new release by Microsoft gives you the ability to sync your Favorites and Reading list items in Microsoft’s advance web browser, Microsoft Edge.

Improvement in Cortana – With this new Build release, Cortana will be more intelligent. The digital assistant will now understand whatever notes you have written and can set reminder as well based upon your location and time provided in your comment/instructions.

Cortana will make sure that you don’t miss out your important things even if you are going to a movie. 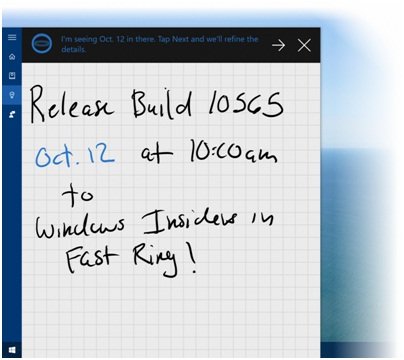 New Icons, Colorful Title Bars, and Improved Context Start Menus – Now change the color of the title bar that best suits your theme. All you need to do is to go to Settings > Personalization > Colors.

Just make a note that you have to enable “Show color on Start, Taskbar, Action Center, and Title bars” to see the colored title bar.

Microsoft has also improved the Start menus like new icons for tile, etc. as well as new icons for devices to give an amazing look to the user interface.

Printer – Now make your last used printer as a default printer with all new Mode introduced in Build 10565. You just need to go to Settings > Devices > Printer & Scanners to bring out all settings related changes. Setting default printer by network location is being removed with this new release.

Device Activation – Perhaps one of the biggest announcement of all, Windows 10 will allow users to use Windows 7, Windows 8 and Windows 8.1 product key for activation.

With Build 10565, activating Windows 10 on the devices will be much easier. Here is what Microsoft’s Gabe Aul has to say on the Windows blog,

“If you install this build of the Windows 10 Insider Preview on a PC and it doesn’t automatically activate, you can enter the product key from Windows 7, Windows 8 or Windows 8.1 used to activate the prior Windows version on the same device to activate Windows 10 by going to Settings > Update & security > Activation and selecting Change Product Key. If you do a clean install of Windows 10 by booting off the media, you can also enter the product key from prior Windows versions on qualifying devices during setup.”

Microsoft has bought in various fixes on the current version of Windows 10. Here is a quick summary of all fixes:

Just in case you thought everything was perfect, here are the issues that remain unresolved.

To conclude, many of the above features released with Build 10565 are still under observation and prone to changes. Having said that, Microsoft certainly deserves an applause for bringing in useful and exciting features to the table.