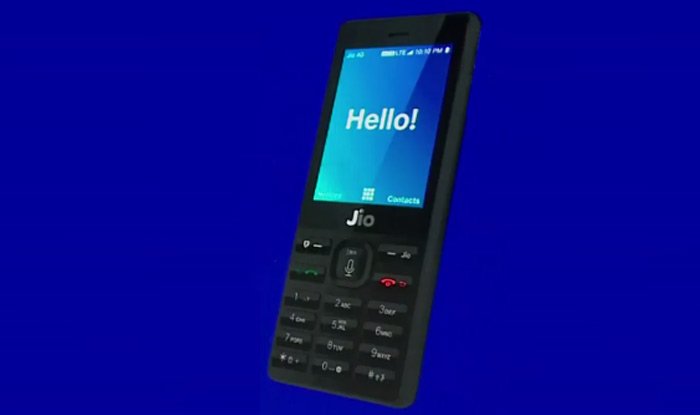 Reliance finally launched the most affordable 4G VoLTE enabled feature phone in India today; the JioPhone. The handset packs some serious features that could give other feature phones in the market a run for their money. However, users just have to pay Rs 1500 for the handset which is entirely refundable after three year period.

The trial version of the device will be available to the developer from 15th of August and will be accessible to the general public from September. The JioPhone will come with a couple of different packs like Rs 153 pack which offers users free voice, SMS, and unlimited data (per day data cap of 500MB) along with Jio apps for a month. The company will also have two sachet packs, at Rs. 24 for two days, or Rs. 54 per week of the validity period.

Furthermore, commenting on the launch, Mr. Ambani said -“Jio is a secure data network built for the Internet from the ground up.The TRAI speed test portal has consistently ranked Jio as the clear 4G network leader in coverage, usage, and data speeds. Our network continues to expand rapidly. Jio, in the next 12 months, will cover 99 percent of the population. India’s 4G coverage will be more than its 2G coverage”.