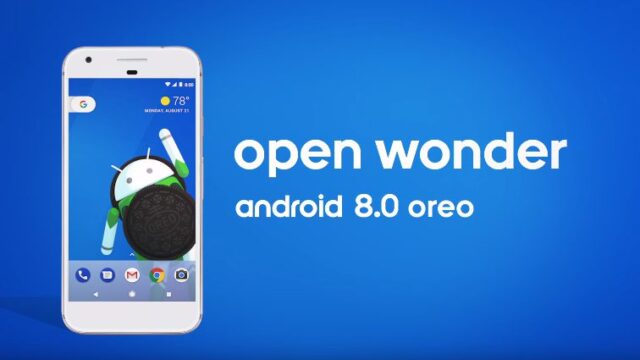 Google finally unveiled the much-awaited operating system Android Oreo aka Android 8.0 at an event held in NewYork today. This latest iteration of OS comes with a plethora of new features and upgrade. As previously it multiple beta version was released from Google over the last few months. So, let have a look on all handfull features present in Android Oreo one by one.

Picture-in-Picture – PiP mode is a most anticipated and crucial feature in Android Oreo. This feature allows users to watch the video content while executing other tasks at the same time. The PiP window can be dragged anywhere on the screen and can be easily resized to desired dimensions. Further, this feature is also empowered, users execute two different task at the same time. For example, now users can have a video chat while executing the other apps like watching video or typing messages. Google brings this feature Android smartphones and tablets.

Notification Dots– This is another welcome feature in the Android 8.0 armory. The feature is quite similar to iOS in which the unread notification is highlighted on the app icon in the form of a dot. However, this feature was previously available in the third-party launcher and now it purely embedded in the stock of the OS. Moreover, now users can long tap the related app icon in order to pop out the unread notification on the same window or in the menu launcher.

Autofill API– This important feature allows system password manager to easily fill the user’s login credential automatically in desired apps. This feature is highly secure and it latest encryption code shield this feature from intrusion and hacks. However, previously users always found themselves in a dilemma of filling up login formality which is somewhat very hectic and time-consuming process. But now Google latest OS allows users to execute the app Login process with an ease.

Revamped setting menu– The setting menu in Android 8 is neatly categorized and arranged. The setting menu options like display and sound all the sub-options are neatly tucked along with an advanced option in order to optimize the whole UI experience. 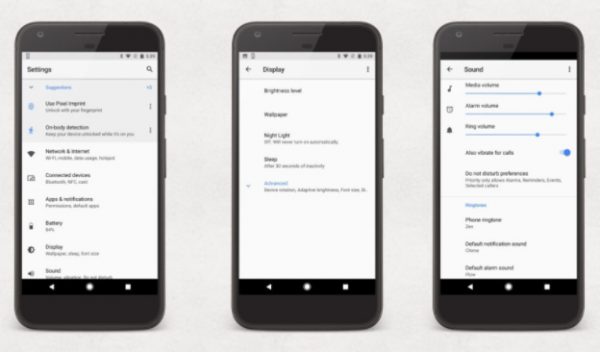 Revamped Battery menu– This time Google redesigned the battery menu in Android 8.0. When the users open the battery option in the setting menu, they will find the Battery Icon on the Top right and battery percentage along with it consumption on the top left of the display. Further, users will find last full charge and screen usage information along with power management option. Comparing with the previous version of Android, the Battery menu displays the battery percentage with graph and app power consumption since full charge. 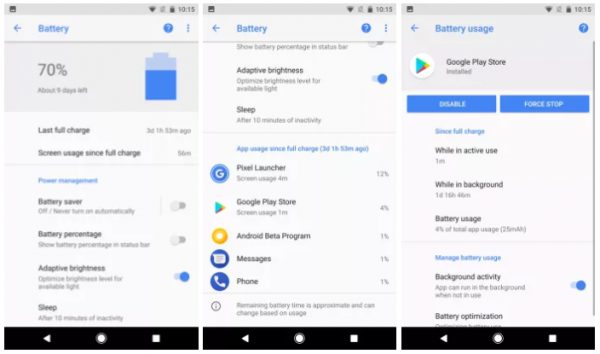 Revamped storage menu– Google completely change the visual interface design of the battery menu. It now shows the amount of used space per storage capacity along with its percentage in a circular icon. Moreover, there is a smart storage option which allows customising the internal and external storage space as per need.

Backup Breakdown– In Android 8.0, users will be able to avail detailed breakdown of all the data that it backs up to users Google account. All the user’s data like system setting contact, login credentials, apps, and some media content are stored in your Google Drive account. It also displays the information regarding the last date of back up.

Emoji– Android 8.0 will now come 60 new emojis which allow users to express themselves in multiple ways. Though these new set of emojis only worked in Google ecosystem of apps like hangout. 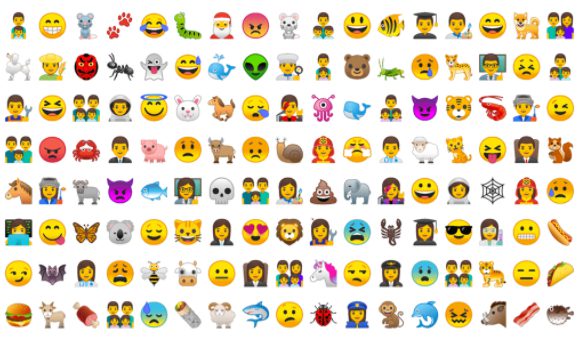 Bluetooth 5.0– Android 8.0 add support for Bluetooth Low-Energy 5.0 and AVRCP 1.4 standard. However, the flagship devices like Galaxy S8 and HTC U11 are already enriched by this feature. Moreover, 3.5mm jack has been phased out by many smartphone OEMs, as Android 8.0 comes with a added support for high-quality Bluetooth streaming codecs like aptX, aptX HD, AAC, and LDAC.

Faster Boot Time and App performance– The Android 8.0 come with the faster boot time. Google claims that this latest OS will be boot 2x time faster than the previous OS. While the latest system enhancement comes with a faster launch time of the apps.