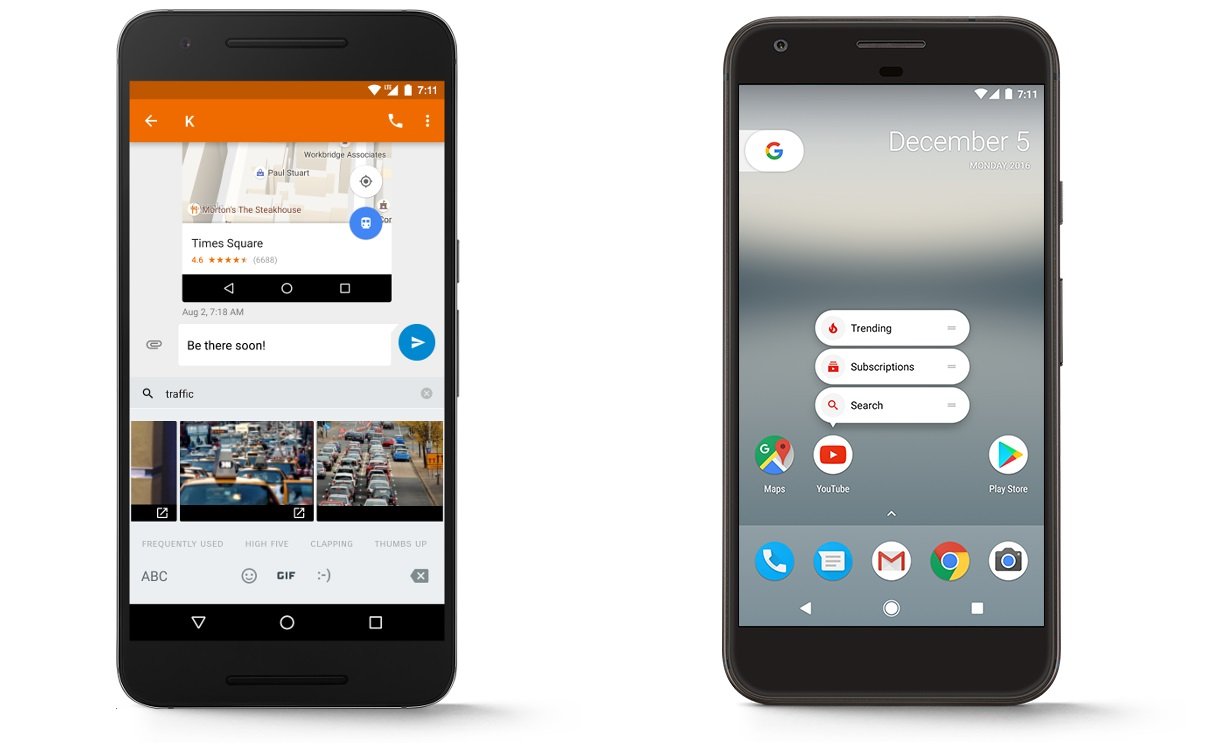 Google has stared pushing the new Android Nougat 7.1.1 update for supported Nexus devices and its newest Pixel and Pixel XL smartphones. Users who own any of Google’s supported devices can download the new update via the OTA route, and can even download the update directly from Google. The new update is roughly around 240.6MB in size and also includes the December security patch.

The latest Android Nougat 7.1.1 update brings a slew of new features, improvements and bug fixes. For instance, support for app shortcuts gets overhauled, while users can search for GIFs directly from the keyboard for supported apps such as Google Allo, Google Messenger and Hangouts. In additions, the update brings new emojis, upgraded VR performance for smartphones compatible with Daydream VR, along with enhanced support for live wallpapers. Moreover, the Nougat update also brings a number of bug fixes and performance improvements.

The devices currently eligible for the new Android Nougat 7.1.1 update include the Nexus 9, Nexus 5X, Nexus 6P, Pixel, Pixel XL, Pixel C, the Nexus Player, along with General Mobile 4G (Android One). Also , the update fixes a variety of bugs for Pixel handsets on Verizon’s network listed below:

In addition, the update brings several improvements which include: