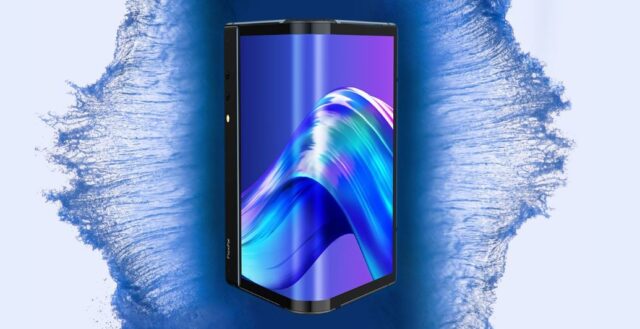 Smartphones have evolved as one of the daily essentials in our lives. Gone are the days when people used mobile phones just for primary purposes like calling and messaging. The current generation wants to taste every bit of tech that involves something different and better than yesterday.

It brings us down to innovation which not only costs more but also as risks a lot. Thus, every other smartphone company is busy in thrusting up specifications in the same old-school chassis.

However, certain brands have tried doing something different yet stupendous than the current industry standards. We’ve also been witnessing uncommon designs and technologies used with the smartphones in the furtherance of innovation. That being said, here is our list of the most innovative smartphones of 2018 that will be the trend-setters for next-gen smartphones.

Looking at the competition for being first, we thought that either of the Samsung or Huawei would come up with a foldable smartphone. But to our surprise, a Chinese brand Royale- a company that specialises in flexible displays introduced Flexpai. It’s the first phone to have folding capabilities, hence is rated as one of the most innovative smartphones of 2018. 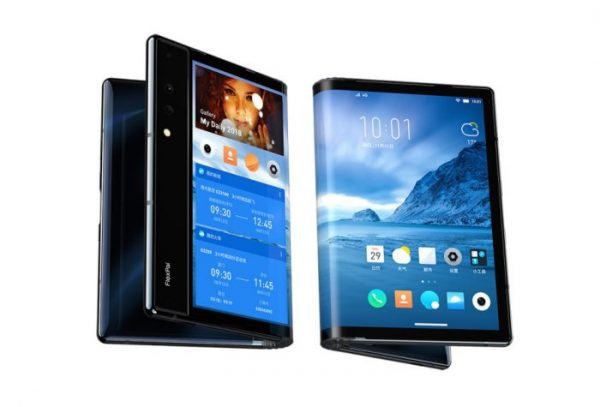 The FlexPai sports a 7.8-inch QuadHD AMOLED display with an aspect ratio of 4:3 in Tablet mode. When folded into halves, the panel further transforms into three different displays (primary, secondary and the edge). Interestingly, both the screens can be utilised for work simultaneously while the side will be used for showing notifications.

Under the hood, it will be running on the Qualcomm’s Snapdragon 855 chipset coupled with up to 8GB RAM and 256GB of Internal storage.

While everyone was running behind notch displays for better screen-to-body ratio, the Chinese giant OPPO came up with a genuinely bezel-less smartphone, dubbed as OPPO Find X.

Find X sports a screen-to-body ratio of over 92%, one of the highest available in the market till date. The company has taken the help of motorised sliders to achieve this goal.

The front, as well as the rear cameras, are placed on a tray sandwiched in between the panels. The camera tray pops-out automatically in instances when the camera is needed or even while unlocking the phone via given Facial Recognition method. Note that the handset lacks any fingerprint scanner. Instead, it solely relies on its 3D Face Unlock backed by Stealth cameras.

Later, Oppo bought the Find X’s special Lamborghini Edition with the SuperVOOC which is the fastest fast charging we’ve ever seen. It’s a very unusual yet cool concept making it the second most innovative smartphones of 2018.

Surprisingly, Oppo’s sister brand Vivo takes the third spot of most innovative smartphones of 2018. The Vivo NEX follows up with the footprints of the Find X, aiming the same bezel-less profile but with a different approach.

The Vivo NEX looks stunning with its impressive screen-to-body ratio of 91.24%. Eliminating the front camera was the main hurdle to achieve a bezel-less scenario. The company did it by putting the front camera in a pop-up slider on the top edge. The little motor-driven slider would pop whenever the user wants to click selfies and retracts back when the camera app shut. It not only looks good but sounds good too with the software mimicking the audio of mechanical movements.

A few days back, the company launched its new successor, dubbed as Vivo NEX Dual Display Edition. As the name says, the Vivo NEX Dual Display Edition sports dual AMOLED screens. The setup includes a bezel-less 6.59-inch primary panel up front and a secondary 5.5-inch display at the back. Toggling between the screens is quite easy and can be done by a simple three-finger swipe on the active one.

The back houses a total of three cameras which will also function as selfie shooters. Furthermore, the handset features an In-display fingerprint scanner, and 3D face unlock. Other notable specs include Snapdragon 845 SoC, 10GB of RAM, and 22.5W fast charging.

The parent company BBK Electronics has done a great job by astonishing the whole industry with its revolutionary technologies. The current trend of In-display fingerprint scanners was pioneered by one and the only Vivo X21 UD– world’s first smartphone to feature a fingerprint scanner under the display. It later came to India in a more polished form as Vivo X21.

The abstraction was so useful that later, the companies like Huawei, Oppo and OnePlus adopted the same in their recent flagships.

As for the specs, the Vivo X21 boasts of a 6.28-inch Full HD+ Super AMOLED display. Under the hood, it gets powered by Qualcomm Snapdragon 660 SoC, coupled with 6GB of RAM and 128 gigs of storage. Check out our review here.

Sharp’s Aquos Crystal first gave the bezel-less concept for smartphones. Later, Xiaomi bought it to masses with the introduction of the Mix series which has been in continuation since last two years.

The company recently introduced Mi Mix 3 which comes with Slider Design and a whopping 93.8% screen-to-body ratio. The impressive all-screen front has been made possible due to the sliding back panel. The back panel can be pushed manually with fingers to reveal the front cameras.

Moreover, the Snapdragon 845 powered Mi Mix 3 also comes in a 5G-ready version with Snapdragon 855 that’ll be available next year. Furthermore, it packs in dual front and rear cameras, up to 10GB of RAM and 256GB of storage alongside the support for Wireless charging.

Launched a week barely after Mi Mix 3, the Honor Magic 2 mimics the same sliding back design. The handset sports a total of six cameras and is the first one in the world to do so.

Magic 2 takes us back to those old school days when Samsung’s classic slider phones used to be a luxury for most. Huawei calls it as “butterfly mechanism”, and the mechanical movement feels softer and smoother than the Mi Mix 3.

The Honor Magic 2 gets powered by Kirin 980 SoC, has up to 8GB RAM and 256GB of internal storage. Moving on, it packs in a massive 4000mAh battery, has an In-display fingerprint scanner and also supports 40W Huawei SuperCharge.

It is a mixed bag of new technologies, and hence we couldn’t resist adding it to our list of the most innovative smartphones of 2018.

Launched back in March, this year, the Huawei P20 Pro was a matter of talks for the first few months amongst people for the triple rear camera setup it offers (with one of the cameras being a 40-megapixel sensor). It is one of the most innovative camera phones that we’ve come across in the last few years.

The primary 40-megapixel sensor captures the colours with the 20-megapixel sensor adding detail and depth information. The 8-megapixel telephoto lens is capable of achieving a 3x optical zoom. Moreover, all the three lenses can work together to gain 5x Hybrid zooming capabilities.

Key specifications of the phone include a 6.1″ Full-HD+ display, Kirin 970 SoC, 6GB of RAM, 128GB storage and a massive 4000mAh battery that supports SuperCharge. You can check our detailed camera review here.

Everyone knows that Google is majorly a software company and hence it excels in software-based innovation. Some of which include Google’s HDR+ Camera algorithms, Night Sight feature, Google Duplex, Call screening feature and more. 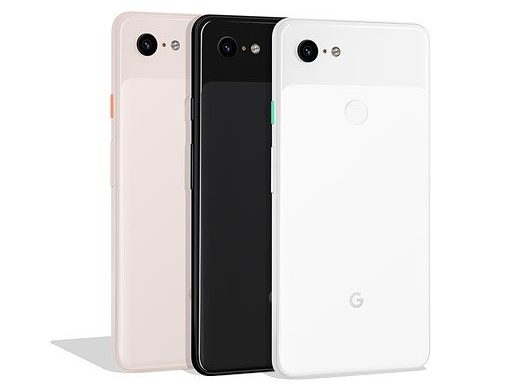 The Night Sight Camera feature captures many continuous frames and combines them. As astounding it may sound, the results are jaw-dropping and can work wonders even in close to complete darkness. Even with a single rear camera, the Pixel 3 holds the crown for the best camera phone of this year, just like the last year’s Pixel 2.

Furthermore, with the Call-screening feature, you can see who’s calling and why before you answer a call, that too with a tap on your Google Assistant. Not to forget, the Assitant also offers a new feature dubbed as Google Duplex that can carry out specific tasks for you over the phone like booking appointments and reservations over the phone call.

Being the second Huawei smartphone in our list for the most innovative smartphones of 2018, the Mate 20 Pro does more than just camera. One of the most unique features of the device is its Reverse Wireless Charging feature.

Turn on the feature, keep any device that supports wireless charging on the back of the device and you’re good to go.

The device runs on the powerful Kirin 980 SoC and is backed by a whopping 4200mAh battery. Just like the P20 Pro, the handset carries on the legacy of triple cameras. Also, the phone gets the perks of an In-display fingerprint scanner, alongside a full-fledged IR-based facial recognition system. From design to performance and cameras, the Mate 20 Pro is one of the complete phones that you could buy this year.

We can’t forget Samsung when it comes to R&D. The Samsung Galaxy Note 9 sports an outstanding Quad-HD+ Super AMOLED display, besides the variable aperture tech in Cameras from the Galaxy S9+. The company has further amped up its game with the new S-Pen that has Bluetooth capabilities for the first time.

The company has further invested in the user interface with the latest introduction of a much cleaner, faster, one-hand friendly OneUI, based on Android Pie. It has a great design, impressive AI cameras, long-lasting battery life and a fantastic S-Pen- perfect for business class.

Smartphones are evolving each day with every other manufacturer investing loads in Research & Development. Lately, rising consumer needs and expectations have to lead to brands aggressively working on new technologies. That being said, the tech millennials will always have something new to talk about. Let’s us know what’s your choice for the most innovative smartphones of 2018 and what are your suppositions for the coming year. Stay tuned.