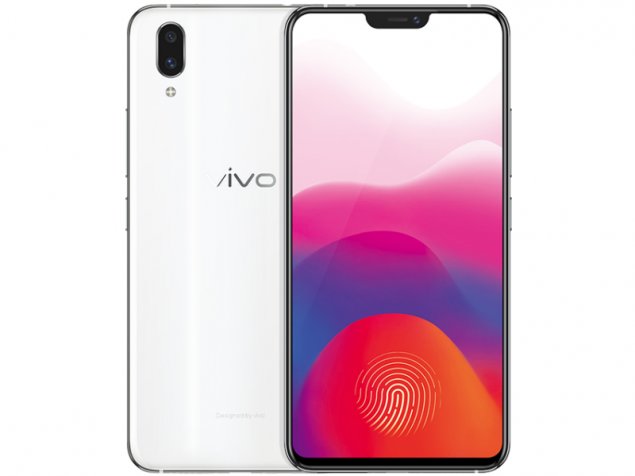 Vivo X21 has finally been launched in India, making it the first smartphone in the country to feature an under-screen fingerprint sensor, News18 reported. The phone was first launched earlier this year during the CES event and has already been available in China.

The phone also impresses with its looks, what with the display making up almost the entire front of the device. The other striking aspect with the device is its notch while the lack of the fingerprint sensor makes the design a bit more neat than otherwise.

Specs wise, the new Vivo X21 does make a point or two. The phone comes powered by a Snapdragon 660 SoC and is duly assisted by an Adreno 512 GPU to take care of graphics intensive operations. Plus there is a 6 GB RAM along with 128 gigs of storage, which is further expandable to 256 GB by way of micro SD cards.

The phone also boasts of a 6.28-inch Full HD+ Super AMOLED display that is lit up by 2280 X 1080 pixels. The display aspect ratio stands at 19:9 which makes the phone display rather longish but is in line with current trend prevalent in the segment. The phone runs Android 8.1 Oreo right out of the box though there is the company’s own FunTouch OS 4.0 UI running on top. Vivo further added the X21 qualifies to get the Android P beta software upgrade when it becomes available.

Other salient features of the phone include its dual camera setup at the rear. That comprises of a 12 MP primary camera of f/1.8 aperture along with a 5 MP secondary camera of f/2.4 aperture. The two camera sensors are arranged in a vertical stack and is placed along the top left corner, much like that of the iPhone X. Also of course there is the LED flash to aid in dim lit conditions.

The front meanwhile boasts of a 12 MP sensor of f/2.0 aperture for selfie shots or video chats. Other features accompanying the front cam include facial recognition, IR fill light and 3D mapping, all aimed at enhancing the quality of your selfies. A 3200mAh battery keeps the lights going. Connectivity options that you get with the X21 include 4G LTE, Wi-Fi, Bluetooth and GPS.

As for its price, you get all of the above for Rs. 35,990. The phone however comes in a rather limited colour options of black and white. The phone can be book exclusively via Flipkart or from the company’s own official website.