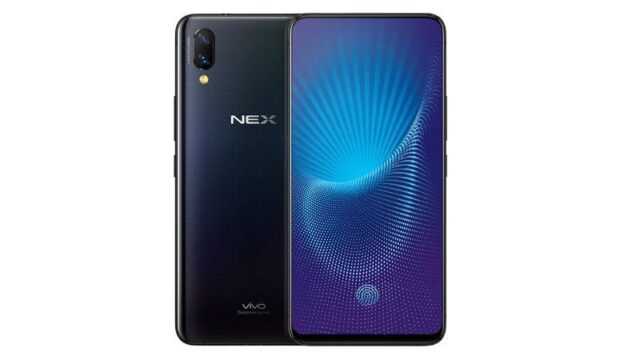 Vivo Nex, the handset with a motorised selfie camera was finally launched today in India at an event in New Delhi. Some of the highlights of the device is its pop-up selfie camera, an in-display fingerprint scanner, as well as dual rear cameras.

In India, Vivo has launched the rebranded version of NEX S, which is the top-end model of the handset that was launched in Chine last month. Priced at Rs 44,990, the Vivo Nex will go on sale on Amazon India and via the company’s official site starting July 21. Pre-orders for the handset have already begun on Amazon India.

In terms of specifications, the Vivo Nex boasts a 6.59-inch Full HD+ Super AMOLED Ultra FullView display having an aspect ratio of 19:9. Not to mention, the handset’s display has a screen to body ratio of 91 percent.

Under the hood, the device gets powered by the latest Snapdragon 845 processor bundled with 8GB of RAM and 128GB of built-in storage. However, the device does not come with a microSD slot for expanding storage.

In the photography department, the Vivo Nex comes with dual rear cameras with 12MP+5MP sensors. Up front, the device gets an 8MP motorised selfie-cam (just like the Oppo Find X) with f/2.0 aperture. The smartphone’s camera also gets AI capabilities with scene detection to automatically tune settings and help users take better photos. Vivo has also promised features such as Portrait Mode, bokeh effect, Face Beauty, as well as AR stickers.

As far as OS goes, the Vivo runs Android 8.1 Oreo with Funtouch OS 4.0 on top. Elsewhere, the device comes fitted with a 4000mAh battery with support for dual charging technology. Connectivity features on the dual-SIM (Nano) smartphone include 4G LTE, Wi-Fi, Bluetooth 5.0, as well OTG support.