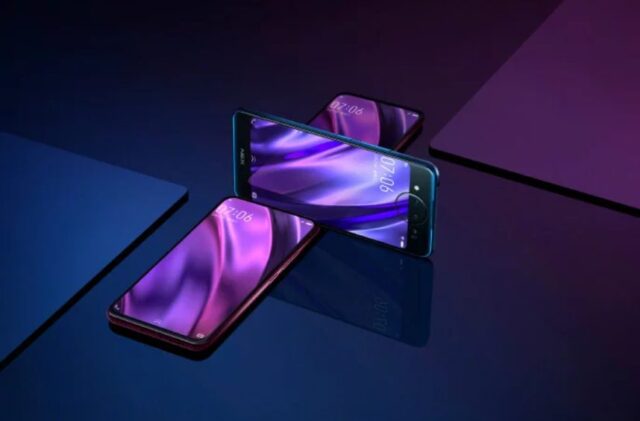 After around six months of launching the bezel-less Vivo NEX, the company is now gearing to unveil its successor, dubbed as Vivo NEX 2 on December 12, in its homeland China.

The Vivo NEX 2 will sport Dual Displays, including a bezel-less 6.59-inch primary display upfront, followed by a secondary 5.5-inch display at the back, as seen in the previous leaks. Toggling between the screens is quite easy and can be done by a simple three-finger swipe on the active one for switching to the other. You can see the same showcased in a leaked video below:

There won’t be any space or slider for the front camera. The back houses two cameras within a circular module while the third sensor sits outside of it. This setup will also function as the selfie camera, thanks to another display at the back which seems to be of old 16:9 aspect ratio. Furthermore, the NEX branding can be seen at the back chin.

Moving on, if you look closely at the rear screen, you’ll find an illuminated RGB Lunar Ring at the top portion. The ring’s half portion resides on the upper bezel of the display while the other half is stretched under the screen. If rumours are to be believed, the ring-shaped fill light will be used as a Notification LED and or as an additional Camera flash.

As for the specs, the Vivo NEX 2 has lately been spotted on GeekBench which goes on-par with the previous certifications. As per the listing, the Nex 2 bearing model number Vivo V1821A will be powered by Qualcomm Snapdragon 845 SoC, along with whopping 10GB of RAM and 128GB of internal storage. It might disappoint some as the newer Snapdragon 855 is already official. On the software front, it’ll run latest Android 9 Pie. The battery might shrink a bit due to complex design profile.

Moreover, another leak suggests one of the three cameras have a large aperture of f/1.3 which will crown it as the smartphone with the broadest camera lens aperture till date. In addition to an In-display fingerprint scanner, the handset is also speculated to incorporate an in-screen speaker aided by the screen sound casting tech, meaning you can hear calls directly through the screen.

As of now, the company has started taking registrations for the phone in China. Given that it’s barely a week away from the launch lets us wait and keep an eye on the same.