During the late 2017 and early 2018, we’ve a seen a lot of innovation in the smartphone market. From the Face ID to the In-Display Fingerprint sensor. Now perhaps the company which has been on the forefront of innovation this year is Vivo. They have been on the roll lately.

Vivo has brought X21 to India for a price of Rs 35,990 with the snapdragon 660 on board. From the specs it might sound like a mid-ranger, but it’s got some bells and whistles to prove you wrong.

We have been using the Vivo X21 as our daily driver for past 3 weeks now. The X21 in India comes with an In-Display fingerprint sensor, 6GB RAM and 128GB storage.

On the front the box bears the Vivo Branding along with the FIFA branding since, Vivo is the official sponsor of FIFA 2018. As soon as you lift the top part, you are greeted with the smartphone. Underneath lies the documentation and the supplied silicon case followed by accessories.

The X21 has a glass sandwich design that is very familiar. It kind of resembles to the Vivo V9 minus the fingerprint sensor. Vivo has gone with a curved glass on the back, which makes the smartphone ergonomic and suitable for single hand use. The front of the smartphone is dominated by the 6.2inch display with an 19:9 aspect ratio. Going by the current trend, the Vivo X21 also sports a notch, which houses the earpiece, IR sensor (more on this later) and the front facing camera. The bezels on the Vivo X21 are very narrow even narrower than the ones found on the OnePlus 6. 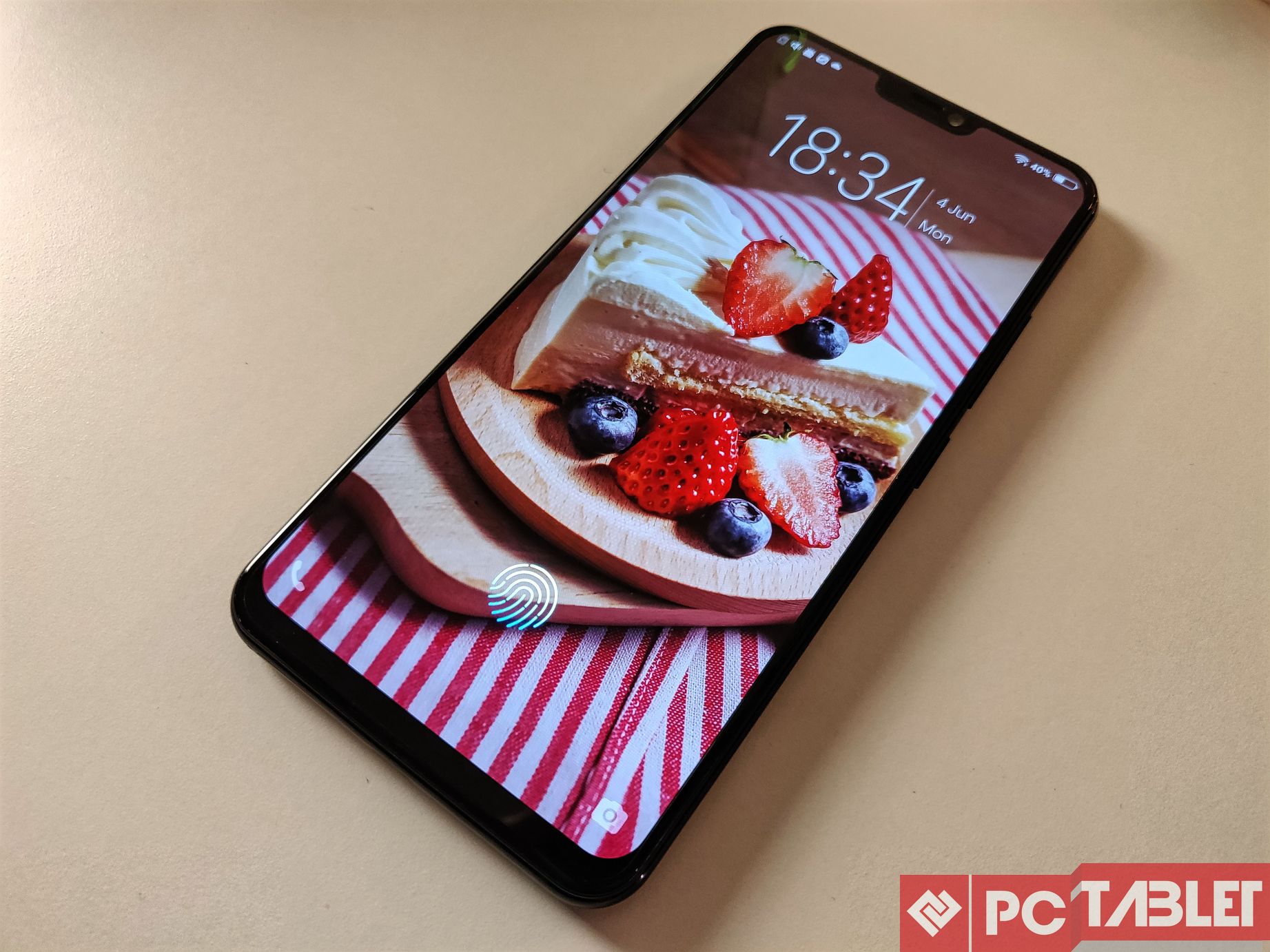 On the back you would find the Vivo branding in the center, accompanied by other info on the bottom. The dual rear camera module is found on the left side top corner, with the flash below it. The camera placement is similar to what you would find on the iPhone X. The camera module protrudes a bit, so it is advisable to use a case all the time. Vivo hasn’t mentioned what kind of glass they have used on the back, but judging by the in-hand feel, the glass is similar to the acrylic one found on the Vivo V9.

The bottom of the smartphones houses the micro-USB port, speaker grill and the SIM tray. The 3.5mm audio jack is placed on the top, along with the secondary mic. The side rails are painted in glossy black and house the buttons which provide a good tactile feel.

In terms of display, the Vivo X21 is keeping with the trend with the use of an 19:9 aspect ratio 6.2 inch display. Perhaps the highlighting factor here is the In-Display fingerprint sensor which is placed in the bottom on the display. The fingerprint sensor uses here is the Generation 2 sensor supplied by Synaptics. You can actually make out the sensor in certain lighting conditions. Talking about the display, there’s a notch up top with minimal bezels. The display technology is Super AMOLED, so you’d get punchy colors and deep blacks, that are trademarks of AMOLED panels.

The display is bright enough and offers good visibility under direct sunlight. Since it’s an AMOLED display, Vivo has added always-on-display to the X21 using which you can notifications via the lock screen. 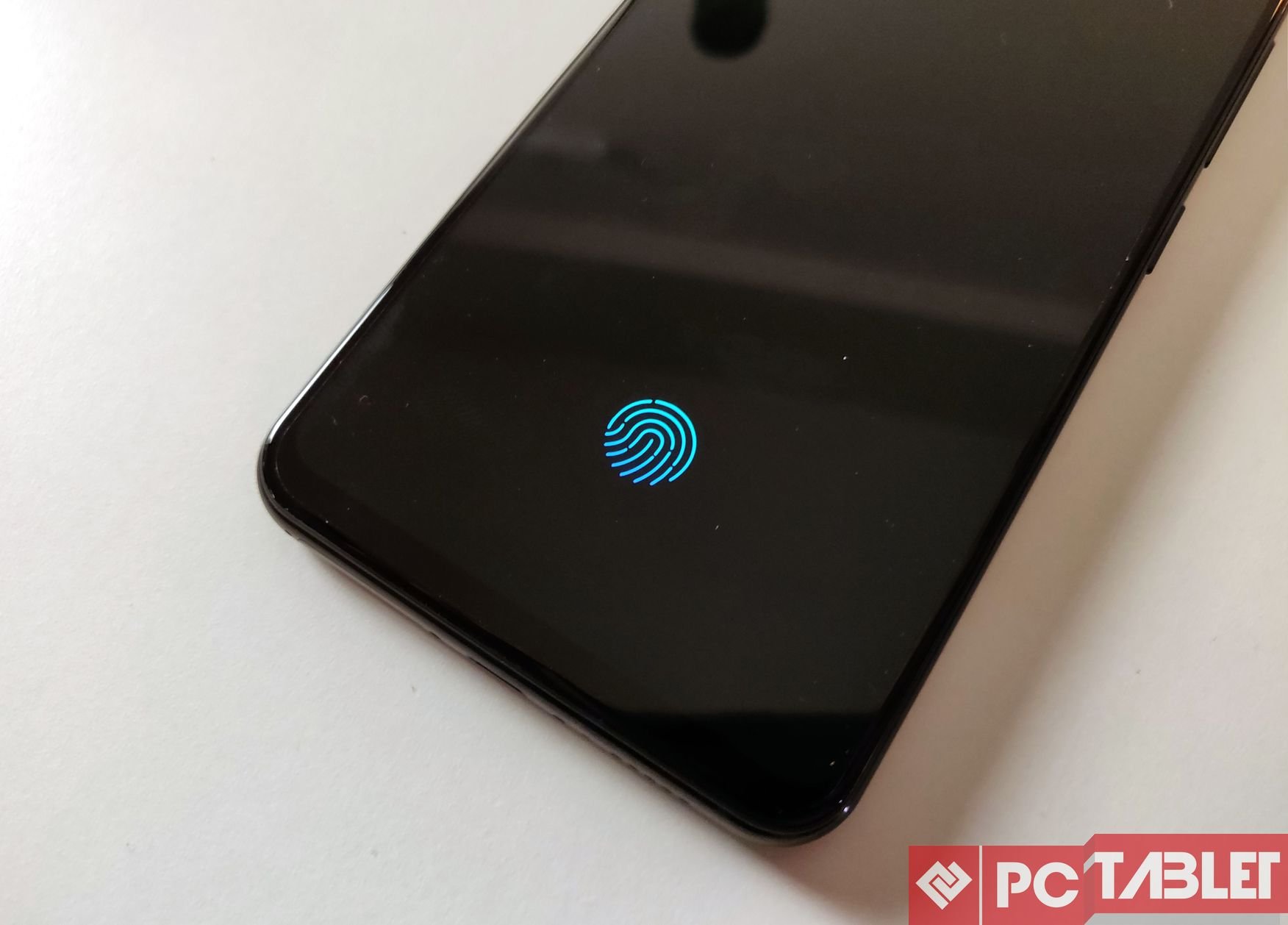 Talking about the In-Display fingerprint sensor, there’s always a thumb impression info on the screen which lets you know the position of the fingerprint sensor. The unlocking times are high when compared to the traditional capacitive sensor, but Vivo has managed to cut down the time with the software updates.

The X21 runs on, Vivo’s FunTouchOS custom skin. Out of the box X21 comes with Android 8.1 Oreo with FunTouchOS 4.0 on top which we have seen earlier on the Vivo V9 as well. Now FunTouchOS resembles a lot to Apple’s iOS, right from the icons to the control center that comes out by swiping up from the bottom of the screen. There are some features missing from the OS, like notification dots, option to hide the notch, which is found on other smartphones.

Vivo has added iPhone X like gestures here as well and also gives you the ability to change the placement of navigation buttons. The X21 comes with a bunch of pre-installed apps like WhatsApp, Facebook, WPS Office, NewsPoint, Phone Pe etc, which might or might not be useful for most of the users.

One thing that we noticed and a no other review mentions is the IR blaster used here. Under low light conditions for unlocking the smartphone via the Face Unlock, Vivo is doing some kind of IR trickery. We could not gather much on this, other than the fact that it acts in a similar fashion as the Dot projector on the iPhone X.

At this year’s Google IO, Google announced a bunch of smartphones eligible for the Android P developer beta builds and X21 is amongst the lucky few. So, it is safe to say that the X21 would be getting Android P sometime in the future but the timeline of this is still murky.

The X21 is powered by Qualcomm Snapdragon 660 chipset, along with 6GB RAM and 128GB storage with an option to extend the storage upto 256GB via the microSD card. Now the Snapdragon 660 is lately being used on a number of mid-range smartphones due to its performance. Snapdragon 660 is an overall very capable and power efficient chip.

We didn’t run into any lags or hiccups during our testing period. Switching between apps, scrolling through pages, multi-tasking is silky smooth. This chipset has done all the heavy lifting very efficiently. As far as gaming is concerned, we ran PUBG and Asphalt at high graphics settings and didn’t encounter any lag or frame drop.

Vivo has supplied the X21 with a 3,200mAh battery which lasted us a full day with about 6hrs of screen on time. X21 also has fast charging enabled out of the box, so charging time won’t be an issue.

Coming to the audio, the X21 has a single downward firing speaker. The sound through the speaker is on the average side. The output via the 3.5mm jack is surprisingly very good thanks to the dedicated Hi-Fi audio chip.

Vivo smartphones have been known to have some good performing optics and X21 is no exception. The vivo X21 comes with a dual rear camera setup, where the primary sensor is a 12MP unit with f/1.8 aperture and a 5MP f/2.4 depth sensor. We were surprised by the camera performance on this smartphone. The X21 in certain conditions did beat the OnePlus 6. The camera captures sharp images with good amount of details. The dynamic range works well, with no blown-out sections. The edge detection on the portrait shots is on point most of the times but needs a little work.

Apart from the standard photo and video mode, Vivo has added a Professional mode, Panorama, Face beauty mode, AR Sticker, and Doc mode. Just like most smartphones launching this season, Vivo has also added AI to its camera app in the form of AR stickers and scene detection. For scene detection AI can choose between the 17 pre-defined modes for better results.

For selfie lovers there’s a 12MP shooter on the front with f/2.0 aperture. Like the rear camera, there is also an option to click portrait selfie. Though there is only a single camera up front, Vivo is using the software blur over here.

Overall the shots taken from the cameras are on par with other smartphones in this price range. 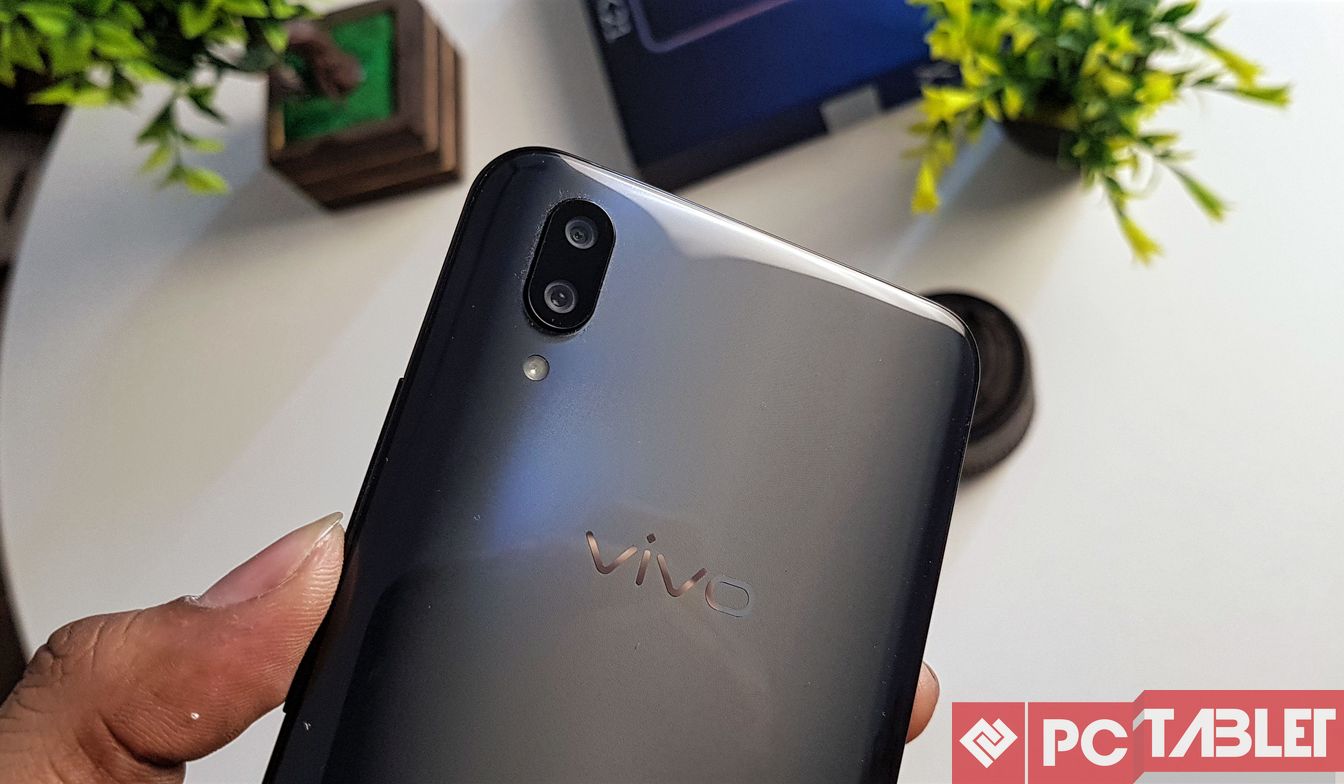 Vivo X21 is the first smartphone in India to have In-Display fingerprint which is a welcome move, while the fingerprint might not be the fastest, but does the job well. There are positives like the cameras, battery but at the same time things like FunTouchOS might not be liked by some. Considering the price, we didn’t really understand Vivo’s decision of going with MicroUSB instead of Type C.

Vivo has priced the X21 in the same bracket as the OnePlus 6 and the newly launched Asus Zenfone 5Z, which can be a problem. We hope Vivo lowers down the price a little, considering the competition. We totally recommend this product, to people looking for a smartphone with good day to day performance and a decent camera. The In-Display fingerprint sensor is just cherry on top.