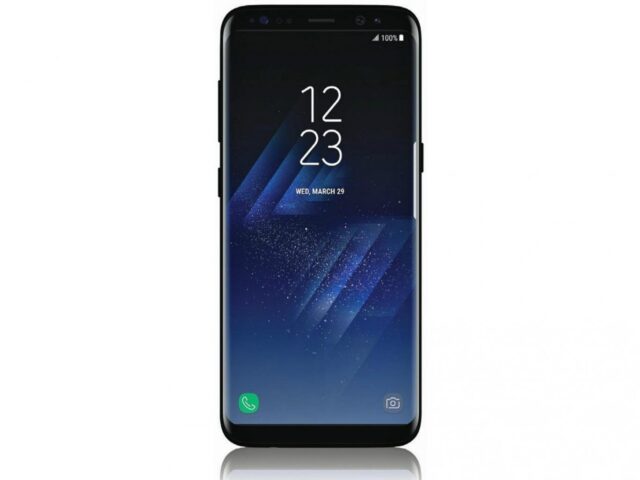 An official-looking press render of the forthcoming Galaxy S8  is doing rounds on the web. The latest press render is by far the best leak yet of the upcoming flagship phone, posted by none other than credible smartphone tipster Evan Blass, known for spilling the beans on most smartphone secrets.

I think this is what you've been waiting for. pic.twitter.com/FvYfsLOy0R

Not to forget, the leaked image does not reveal a fingerprint scanner on the front. Now, this only means that Samsung could have moved it to the phone’s back.

Samsung will announce the flagship phone on March 29 alongside the larger Galaxy S8+ with a 6.2-inch display, while it goes on sale starting April 21. Both smartphones are expected to pack an Iris scanner along with the company’s in-houseAI digital assistant called Bixby. The standard model will feature a 5.8-inch QHD Super AMOLED display, while its plus-sized counterpart is said to feature a 6.2-inch QHD AMOLED display. Besides, both variants are said to feature around 83 percent screen-to-body along with an aspect ratio of 18:5:9.

Also, both models are said to feature 4GB of RAM along with 64GB of built-in storage, further expandable to up to 256GB via microSD slot. Other notable mentions include USB Type-C connectivity, along with the standard 3.5mm jack. Besides, both handsets won’t get physical Home buttons, as the fingerprint has reportedly been moved on to the back of the device.

The handset is also said to incorporate Force Touch technology, the same technology introduced with the iPhone 6S.

Both models were allegedly spotted in a retailer’s listing based in Ukraine. The listing reveals two smartphones with model numbers SM-950 and SM-G955, which happen to be the upcoming Galaxy S8 and Galaxy S8+. SamMobile reported last week that they cost around $950 and $1050 respectively. However, it’s worth noting that these prices are applicable for Ukraine and we expect prices to vary in other international markets.