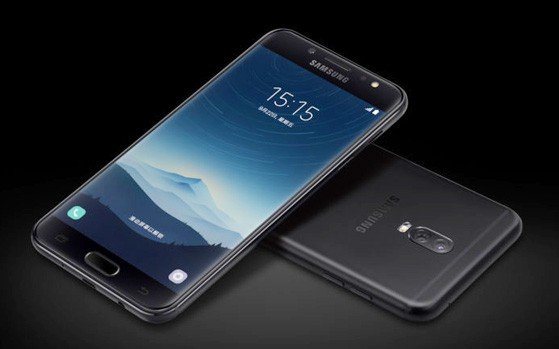 The South Korean giant Samsung has unveiled yet another mid range smartphone Galaxy C8 in the Chinese market today. The major highlight of the smartphone is its dual camera setup on the back and metal unibody design.

The Samsung Galaxy C8 is sports a 5.5 inches Full HD Super AMOLED display which comes with 2.5D curved glass. The smartphone is powered by 2.39GHz MediaTek Helio P20 chipset which coupled with ARM Mali T880 GPU. Moreover, the phones also come with two RAM and ROM variant i:e 3GB/32GB and 4GB/64GB. The storage is expandable up to 128gigs via microSD card.

This Dual SIM smartphone runs on Android 7.1.1 (Nougat) OS and it’s fuelled by a 3000mAh Li-ion battery. Regarding optics, the Galaxy C8 smartphone is equipped with a dual camera set up on the rear which consists of 13MP and 5MP sensors with f/1.7 and f/1.9 aperture respectively. Whereas up front, there is a 16MP optics which comes with f/1.9 aperture.

Notably, the smartphone is a Chinese version of the popular Galaxy J7+. The Galaxy C8 smartphone will come in three color variants i:e Black, Gold, and Rose Gold. The smartphone is likely to available in China for Sale soon. Samsung is quite successful with J series smartphone in India and now they wanted to diversify this popular the handset series in a Chinese market too.

As the Chinese market is itself is quite saturated due to the existence of numerous local and foreign brands. So it will be not easy for Samsung to compete in mid range Chinese smartphone market.