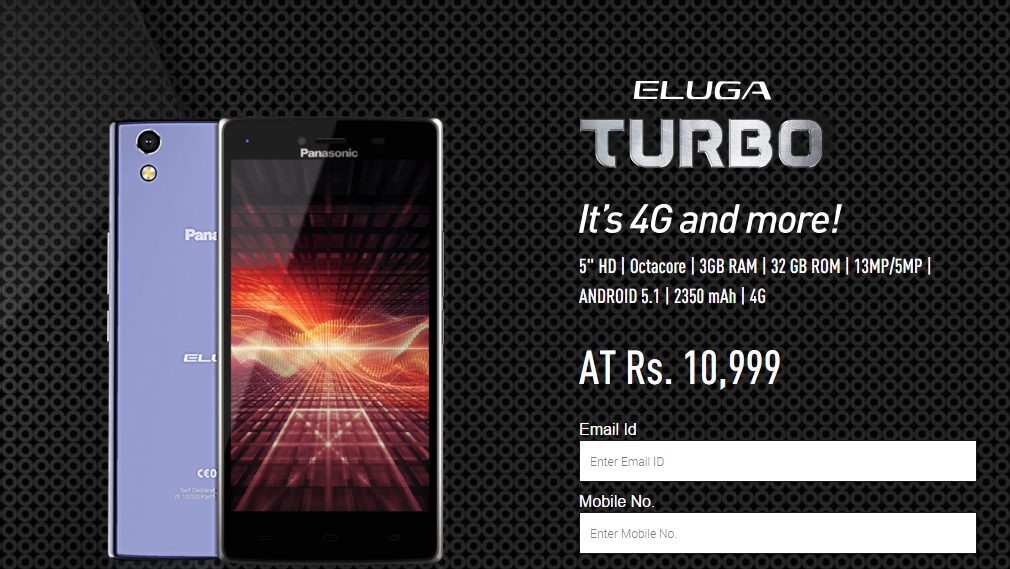 Panasonic has announced the launch of its new 4G smartphone Eluga Turbo, carrying a price tag of Rs.10,999 and it would be available through flash sales on Snapdeal.

The smartphone features a glossy finish as well as some decent specifications which are just perfect for this range. Featuring a 5-inch HD display with the resolution of 1280 x 720 pixels, the phone gets an Asahi Dragontrail glass protection on top.

Panasonic Eluga Turbo is powered by a 1.5GHz octa-core processor along with 3GB of RAM. The phone includes an internal storage capacity of 32GB, which can be expanded further with a microSD card.

On the camera front, the handset sports a 13-megapixel rear camera with LED flash and 1080p video recording in additional to a 5-megapixel front shooter for video calls and selfies.

Priced at Rs. 10,999, consumers can register for the flash sales of the Panasonic Eluga Turbo on Snapdeal. However, no details have been revealed by Snapdeal and Panasonic yet as to when the phone will go on sale.