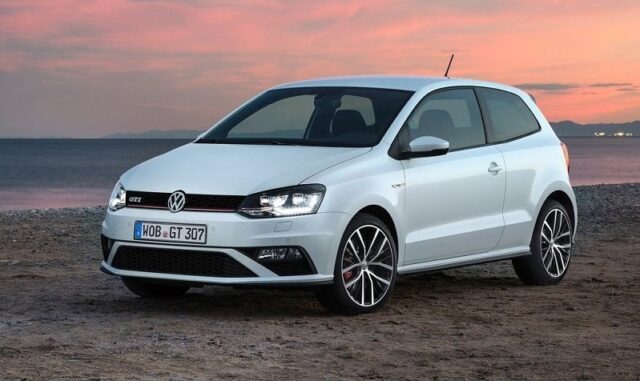 After teasing its launch on social media platforms, Volkswagen finally launches the much-awaited Polo GTI performance hatchback in India priced at Rs 26.65 lakh (ex-showroom, Mumbai). The German automaker had initially showcased the Polo GTI back in February at the 2016 Delhi Auto Expo. The car did manage to grab the attention of Indian auto aficionados, thanks to the massive amount of power onboard.

The newly-launched Polo GTI churns out a whopping 189 bhp of power, which makes it one of cheapest performance hatchbacks one can buy in the country. It’ll only be available in a two-door model initially, though there are chances that we might even get a 5-door variant in the near future.

Under the hood, the new Polo GTI packs a 1.8-litre TSI engine that produces 189 bhp of peak power and 250Nm of peak torque. The engine comes mated to a 7-speed DSG gearbox and the car is capable of going from 0-100 kmph in a mere 6.7 seconds. Besides, it is capable of reaching a top speed of 235 kmph. Being a performance hatchback, the car’s front and rear ground clearance is reduced by 10mm and 15mm respectively.

On the inside, the new Polo GTI gets a leather-wrapped steering wheel, Jacara seat upholstery with contrast red stitching coupled with glossy Black interiors. Also, there are aluminium pedals along with stainless steel door sill protectors emblazoned with GTI logo.