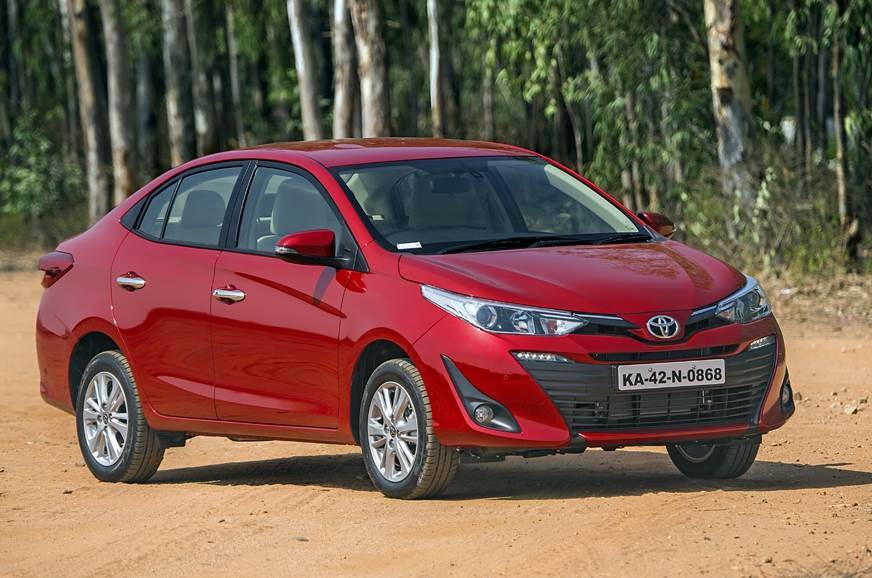 Toyota announced the launch of the new Yaris high-end sedan in India. Prices start at Rs. 8.75 lakh ex-showroom with deliveries slated to begin from May itself, Autocar reported.

Positioned at the B+ sedan segment, the Yaris is about style and substance of equal measure. The sharp styling with the headlight cluster stretching all the way up to the middle makes for a dominating stance that exudes a sense of confidence.

The other standout feature of the front is the air vents which, in a display of intelligent engineering, hosts the daytime running lights as well. The fog lights are housed along the edges at the front and are housed in a separate cluster. The car in fact looks sleek from almost any angle, accentuated by the sleek taillights, pinched roofline and well-crafted sides.

The Yaris will however be available in a single petrol engine option – the 1.5-litre, four-cylinder VVT-i capable of churning out 107 hp and 140 Nm of peak torque. Transferring the power to the wheels will be a choice of either a six speed manual or a 7-step CVT autobox.

The interior is lively and inviting with loads of features. That includes a tyre pressure monitoring system, adjustable three stage neck restraints for the rear seat, ambient lighting, roof-mounted AC for the rear occupants, front parking sensors and so on. The rear seat can be split in a 60:40 configuration.

A 7-inch touchscreen infotainment unit that respond to gesture controls can also be seen, as is a 4.2-inch MID and an analogue clock. There is also the option of paddleshifters on offer on the high-end automatic version.

Safety features of the Yaris include ABS, EBD, ESP and Hill-Start Assist. There are a total of seven airbags protecting the occupants. Also, disc brakes on all four wheels provide for efficient stopping power the sedan also benefits from front and rear parking sensors.

So far as the competition if concerned, the new Yaris will have to battle it out with the likes of the Honda City, Hyundai Verna, Volkswagen Vento, Skoda Rapid and Maruti Suzuki Ciaz.

Booking for the car is already being accepted.