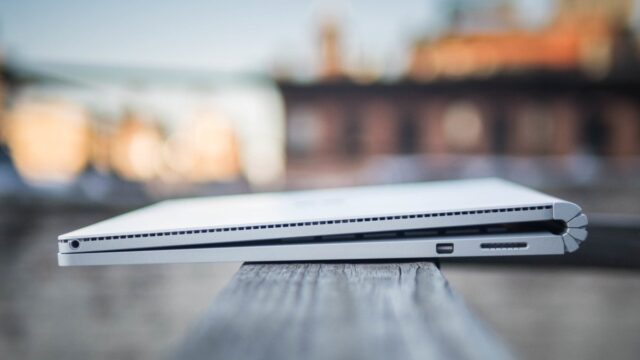 In the meantime, Microsoft is also gearing up to release Surface Book 2 without hinge gap. Previously, the device was rumored to release in June. However, the launch of the Surface Book 2 is very much on the anvil and can be expected before the end of October.

The upcoming Surface Book 2 laptop will eliminate the fulcrum hinge gap that has caused few issues among customers, who own the previous counterpart. If you close the device, the display and keyboard of the new Surface Book 2 will be flush, just like what you experience from a traditional laptop. However, it remains to be seen as to how Microsoft is going to implement this technique.

On the specifications front, the new Surface Book 2 will feature Intel’s new Kaby Lake processor including support for USB 3.1, 3D and 4K graphics. The new device will be pre-loaded with Windows 10 Anniversary Update. Moreover, the new Kaby Lake processor will consume reduced energy than Intel Skylake with the implementation of the latest manufacturing process.

We don’t know have any exact information about the launch date. However, you can expect an announcement from Microsoft during fall in New York city followed by the opening of pre-order doors for customers in the United States.

The release of Surface Book 2 and the upcoming Surface Pro 5 including Surface AIOs will largely depend on upon when Intel unveils its next generation Kaby Lake processor. If Microsoft releases the new devices in early 2017, you can expect the integration of Windows 10 Redstone 2. Moreover, Microsoft is also planning to release Surface Phones with Kaby Lake processor with 8GB of RAM.

It seems that good times are coming back for Microsoft since the company has scheduled to launch its flagship Xbox One Scorpio in 2017. The new Xbox One S will feature enhanced support for Virtual Reality.