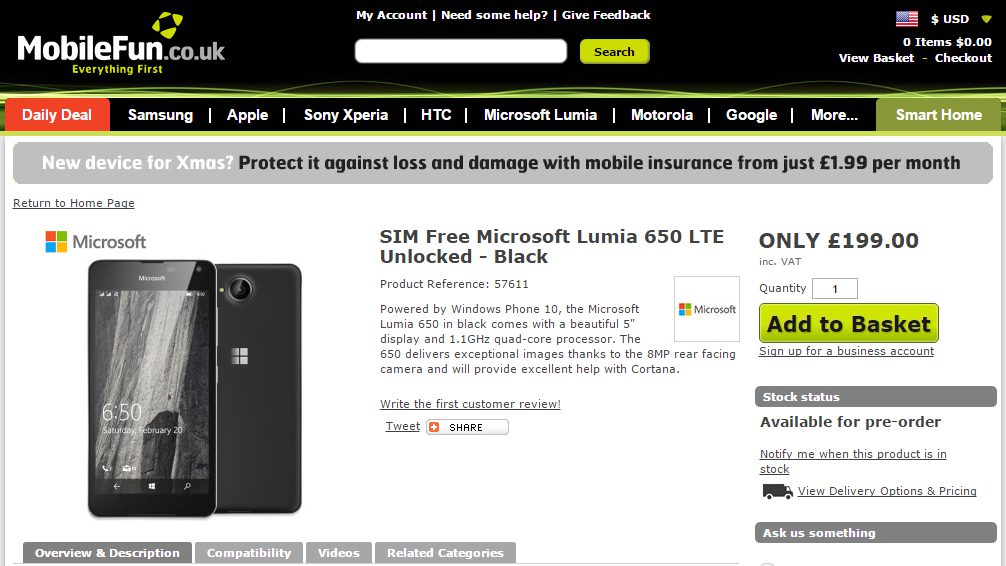 Microsoft Lumia 650, tipped to be the last phone of the Lumia series, is up for pre-order from MobileFun.co.uk, a UK based third-party online retailer in Black color variant at GBP 199.

The retailer also revealed the specifications and pricing details of the unlocked LTE version of the upcoming smartphone well ahead of the official disclosure by Microsoft.

As per latest reports, Microsoft is gearing up for the launch of Lumia 650 on 1st February, 2016. Equipped with a 5-inch HD (720×1280) IPS LCD display, Microsoft Lumia 650 boasts a quad-core SoC processor clocked at 1.1GHz paired with 1GB RAM. The device offers 8GB internal storage in addition to Windows 10 Mobile with support for Cortana.

The smartphone sports an 8-megapixel primary camera and a 5-megapixel front-facing shooter. However, there are leaked reports that the phone will ship with Qualcomm Quick Charge 2.0 and dual-SIM slots, although there is no official confirmation.

Capable of expanding the internal storage to up to 128GB, Microsoft Lumia 650 comes with 2000mAh Li-ion battery in addition to connectivity options like Wi-Fi, Bluetooth v4.1 with A2DP, GPS, and Micro USB. 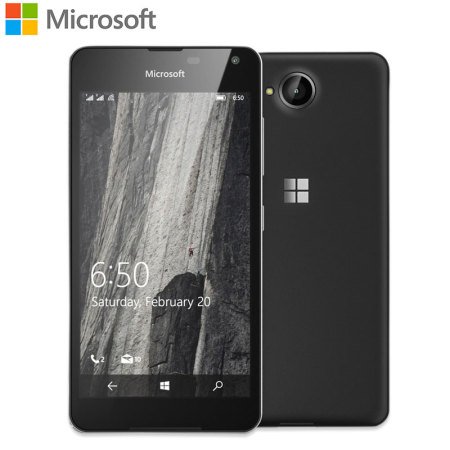 As per the listing on the product page, the users will be eligible for 30GB of free OneDrive cloud storage. Moreover, Mobile Fun has stated that Microsoft Lumia 650 comes with 24-month manufacturer warranty.