Meizu M3 Note has been unveiled in China with 6000 series aluminium unibody and mTouch 2.1 fingerprint scanner starting at CNY 799 and will be available for purchase from April 11. Dubbed as the budget friendly smartphone similar to that of critically acclaimed m1 note and m3 note, the latest release of m3 note also packs in a wide range of latest technological innovations widely found in competing smartphones.

While the 2GB RAM variant, priced at CNY 799 ($125) is equipped with 16GB internal storage, the 3GB RAM is equipped with 32GB storage space with a price tag of CNY 999 ($155). Both models offer eMMC 5.1 solid state chip storage and come with microSD expansion slots, which also serve as a second SIM card slot.

The metal body, integrated with Meizu m3 Note looks similar to that of MX5, Pro 5, Meizu Metal but the body appear slimmer than the previous counterparts. Interestingly, the volume and power buttons are now located on the side of the phone instead of the rear side.

On the display side, the Meizu M3 Note features a 5.5-inch Full HD IPS 2.5D front glass display with a pixel density of 403 PPI, which is sufficient for a pleasant and enjoyable viewing experience. 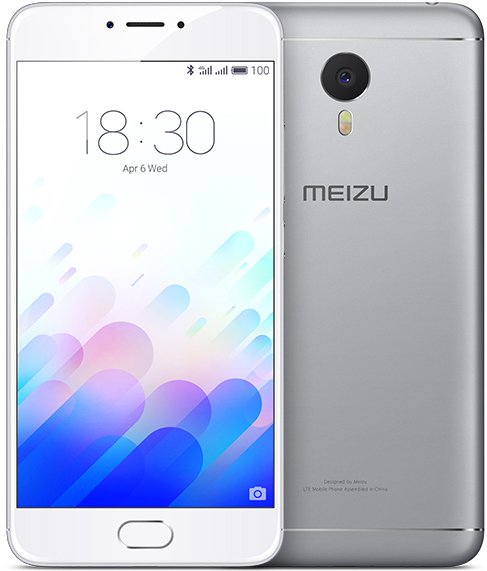 As far as internals are concerned, Meizu m3 Note packs in a Mediatek Helio P10 chipset, Mali T860 GPU fuelled by a 4,100mAh battery capable of delivering up to 2 days of Talktime.

While the M3 Note comes with a 13-megapixel main camera with all the standard features including PDAF auto-focus, the device is equipped with a 5-megapixel front-facing shooter besides LTE and VoLTE support.

Embedded on the physical home button is the fingerprint scanner, which is said to register a print in just 0.2 seconds. Moreover, the Meizu m3 Note is also termed as “full netcom”, which means the device will work on every network in China.