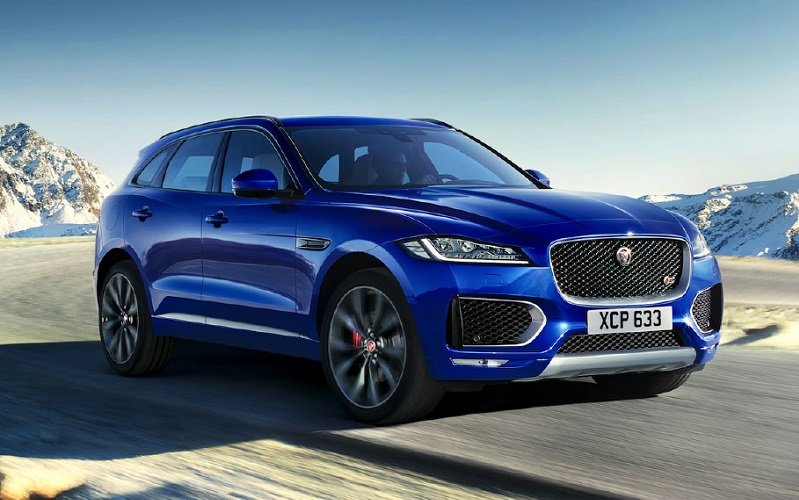 Jaguar Land Rover has announced the prices of its F-Pace SUV for the Indian market, while it goes on sale starting October 20. The base model of the Jaguar F-Pace SUV  starts at Rs. 68.40 lakh.

The Jaguar F-Pace Prestige variant is priced at Rs. 74.5 lakh, while the  the 3.0-litre diesel R-Sport and limited-run First Edition variants are priced significantly higher at Rs 1.02 crore and Rs 1.12 crore (all prices mentioned above are ex-showroom). The F-Pace SUV comes as a full CBU import and that suggests the high price tag.

Customers can start booking it right away online or through any of the 23 authorised Jaguar retailers across India. According to the company, the all-new Jaguar F-Pace is the company’s first performance SUV which marks a  significant addition to its product offerings in India.

The SUV’s design aesthetics are largely inspired by the highly acclaimed F-Type sports car. It looks quite distinct with ts angular lines and sleek headlamps, though still retains that classic Jaguar feel. Based on the company’s new Lightweight Aluminum Architecture, the F-Pace is bound to make heads turn with its F-Type-like design.

The Jaguar F-Pace comes in two diesel engine options and three trim levels – Pure, Prestige, and R-Sport, along with a limited edition variant called  ‘First Edition.’ The Pure and Prestige trim levels pack a 2.0-litre diesel engine that churns out 177 bhp of power and 430 Nm of peak torque.

While the R-Sport and the First Edition get a 3.0-litre V6 diesel engine that pumps out 296 bhp of maximum power along with a peak torque of 700 Nm. Both engines are mated to an 8-speed automatic transmission while an all-wheel drive system comes as standard across all trims.

The Jaguar F-Pace also comes loaded with a plethora of features such as LED headlamps, daytime running LEDs, a 12.3-inch digital infotainment system, 360-degree view sunroof, interior mood lighting, a 10.2-inch InControl Touch Pro Navigation infotainment system along with a 380W Meredian SoundSystem. However, the features mentioned above vary across different trim levels. The base Pure trim features 18-inch alloy wheels, and R-Sport gets 19-inch alloys, while the limited-run gets 20-inch alloy wheels.

Jaguar is planning a high-profile launch for the Jaguar F-Pace SUV in Mumbai on October 20. According to reports, the company has assigned renowned sculptor Arzan Khambatta to construct a 60-feet high replica of London’s The Shard skyscraper on Marine Drive. The Shard is UK’s tallest building at 1016 feet, and apparently looks like a shard of glass -hence, the name ‘The Shard.’ Besides, the building considered one of the hallmarks in British engineering and Jaguar wants to convey the same with its all new F-Pace when it launches.