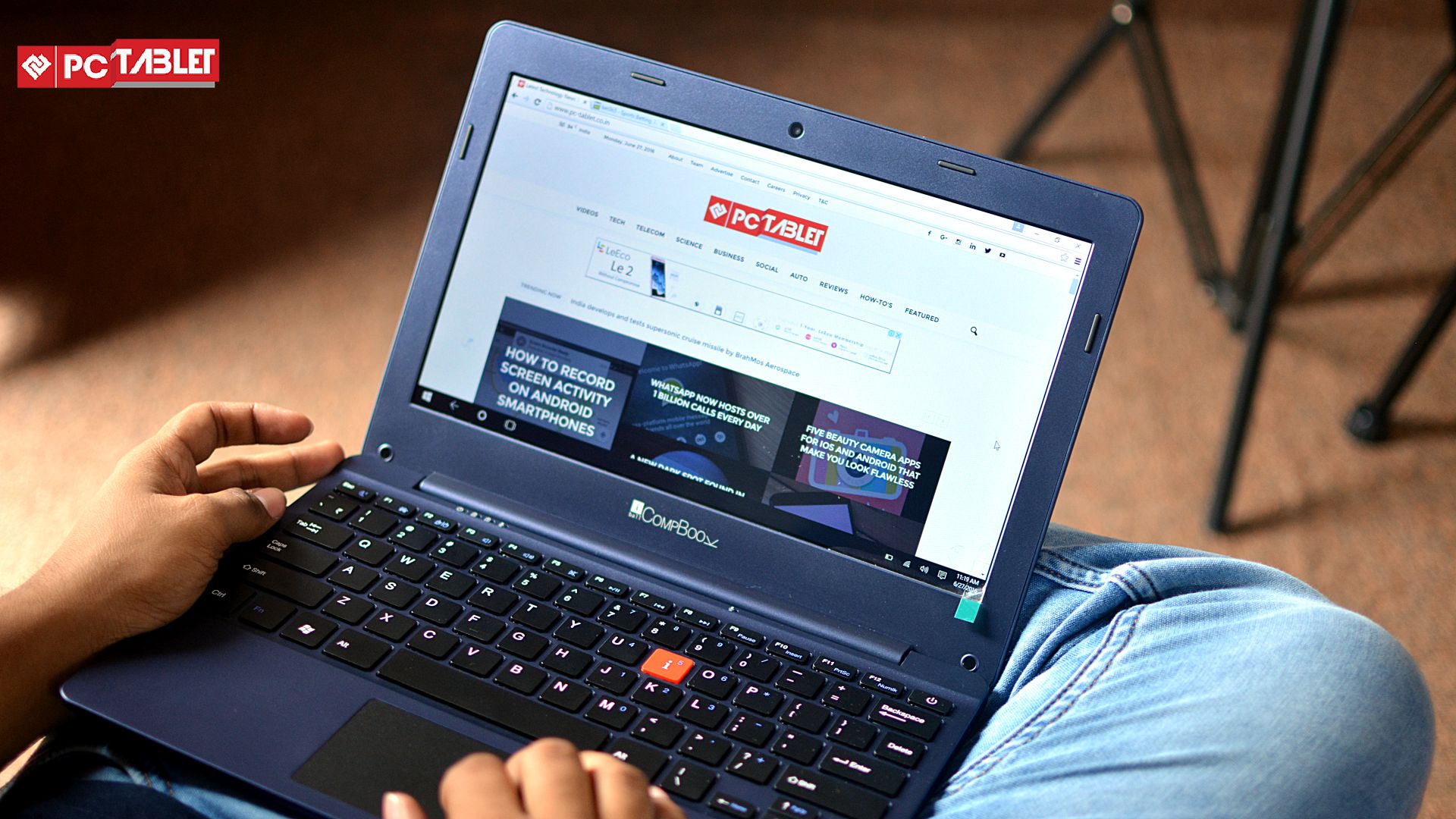 Gone are the days when laptops were considered a luxury. We’ve seen smartphone manufacturers tumbling the whole price-performance equation. It seems the trend is moving on from smartphones to notebooks. Manufacturers are now offering laptops that are rather efficient at getting your routine work done at an economical price. In the past we’ve seen budget laptops from the likes of Micromax and HP, now domestic manufacturer iBall is tapping into this segment with its CompBook range of affordable notebooks.

The company has launched two variants – Excelance, featuring an 11.6-inch HD display and the Exempalire, which rocks a larger 13.3-inch HD display priced at Rs. 9,999 and Rs. 13,999 respectively. According to the company, these devices are primarily targeted towards students, professionals and small enterprises who need a budget notebook capable of efficiently performing routine tasks.

We’ll be reviewing the smaller variant of the two – the Compbook Excelance – apparently the cheapest Windows 10 Notebook one can find in India. For the price point, it does come with an impressive set of specs – an HD display, a 10,000mAh battery, an Intel Atom quad-core processor along with 2GB of RAM.

Hence, without further adieu, let’s see how the device performs in our review and does it deliver what it’s supposed to.

After unboxing the device, I was rather impressed with its build quality and design aesthetics considering the price. It rocks a compact design language with a slim plastic chassis. The outer casing looks pretty classy and stylish despite being made out of plastic. The top lid flaunts a neat textured finish; even the build quality is quite sturdy, and the device feels highly portable at 1.09 kg, perfect to carry around.

It features a tactile island-style keyboard with minimal key travel, though not really good when you’re in a typing frenzy as the cursor keeps on jumping because of the location of the trackpad. While I was writing the review, my hand kept on accidentally touching the trackpad which was taking the cursor all over the place. Not something you would want when on a tight deadline.

Coming on to the trackpad, which is apparently one of its biggest shortcomings and leaves a lot of room for improvement. It’s quite hard to press, and the response seems unstable more often than not. We’d recommend you carry a separate USB mouse to save you from the hassle of using the trackpad, which can be quite a nightmare.

The left edge houses the microUSB and mini HDMI port, while the right side houses the microSD expandable slot along with a microUSB port. It is deprived of an Ethernet port or a DVD drive primarily to cut down on costs, though shouldn’t be a cause of concern for the target user group.

Overall, the device rocks a pretty good design and build quality given its relatively economical price point, something which other domestic manufacturers have failed at miserably.

Under the hood, the iBall CompBook Excelance gets a quad-core Intel Atom processor bundled with 2GB of RAM, which can handle your routine tasks with ease. During the review process, I opened multiple tabs on Edge along with the notepad and did not experience significant lags or stutters. It can also run games like Asphalt, but we’d suggest you refrain from gaming on the device as the gaming experience wasn’t that great. It’s not meant for heavy usage.

It packs some decent hardware for everyday use such as a decent browsing experience, working on documents and spreadsheets or your basic multimedia consumption such as watching a movie or playing music. Even the 11.6-inch display which gets a 1366×768-pixel resolution is pretty solid offering decent color reproduction and sharpness.

It’s also worth pointing out how efficiently the device handles the Windows 10 ecosystem. During my time with the machine, it was able to perform most of the core Windows 10 functionality seamlessly, be it using ‘Cortana’ for setting up your alarms, calendars or reminders, or switching from desktop to tablet mode or navigating the Windows Store.

Even the battery performance of the CompBook Excelance is outstanding. One can easily get 8-10 hours of battery life without having the need to charge the device. The standby time on this thing is pretty astonishing as well. During my course of usage, the battery life drained by a mere 6 percent in 12 hours while the device was in standby mode. While I got more than 6 hours of normal usage with multiple tabs open in the Edge browser along with a few apps I was working with – quite impressive given the price point.

Is it worth the buck?

At Rs 9,999, the iBall Excelance offers a quad-core processor, 2GB of RAM, 64GB of expandable storage, an HD display, a 10,000mAh battery, along with a full-fledged version Windows 10. Its a pretty good buy for students, bloggers or probably anyone who wants a decent performing machine for routine chores. It’s not a beast when it comes to performance, though the device has all the tools that should satisfy the needs of the target group.

It does have a few flaws such as a substandard trackpad and a few minor design glitches, though if you’re looking for a laptop that’s easy to carry around, is a decent performer and a doesn’t burn a hole in your pocket, it’s hard not to recommend the iBall Compbook Excelance.