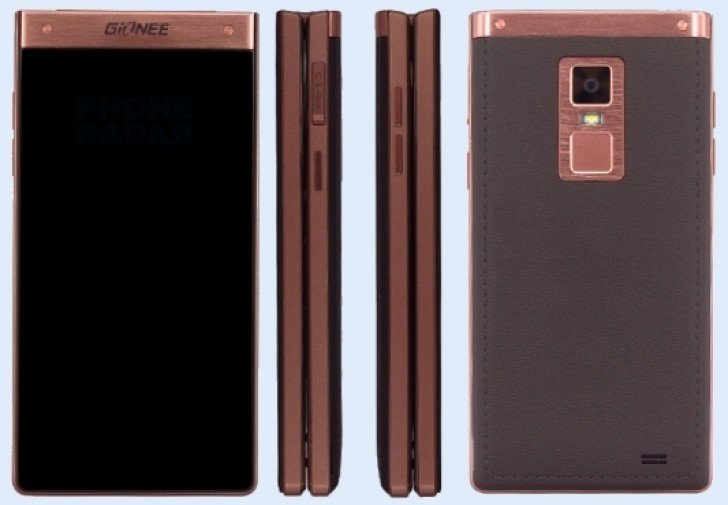 Putting a full stop to all the rumors, Gionee W909 clamshell phone will be launched with 4GB RAM and fingerprint sensor on March 29 as the company officially sending out press invites to the launch event. There were widespread rumors about the device since January when the benchmarks results surfaced on the Internet.

Likely to be the successor for the previously released Gionee W900S that the company unveiled in China recently, the Gionee W909 is the first clamshell phone to feature a fingerprint sensor.

Coming to specifications, the Gionee W909 features dual HD display, MediaTek’s Helio P10 MT6755 chipset, 4GB RAM, 32GB internal storage, which can be expandable up to 128GB. The handset is equipped with a 2 GHz octa-core Cortex-A53 CPU alongside the Mali-T860 graphics.

While the primary camera features a 16MP sensor with LED flash, the Gionee W909 comes with a 5MP front-facing shooter. On the software front, the Gionee W909 is loaded with Android Lollipop with customized Amigo 3.1 UI. The dual SIM, Gionee W909 phone measures 210 grams with a thickness of 16.4mm with support for 4G LTE and all major connectivity features.

According to unconfirmed sources, the Gionee W909 is expected to be priced at 4,000 Yuan, which amounts of $615. Gionee is not the first company to release a clamshell phone since Samsung also released a similar phone, W2016 in November 2015 with dual displays, 3GB RAM and 64GB of internal storage.