How to Connect PS4 Controller to PC Running Windows 10 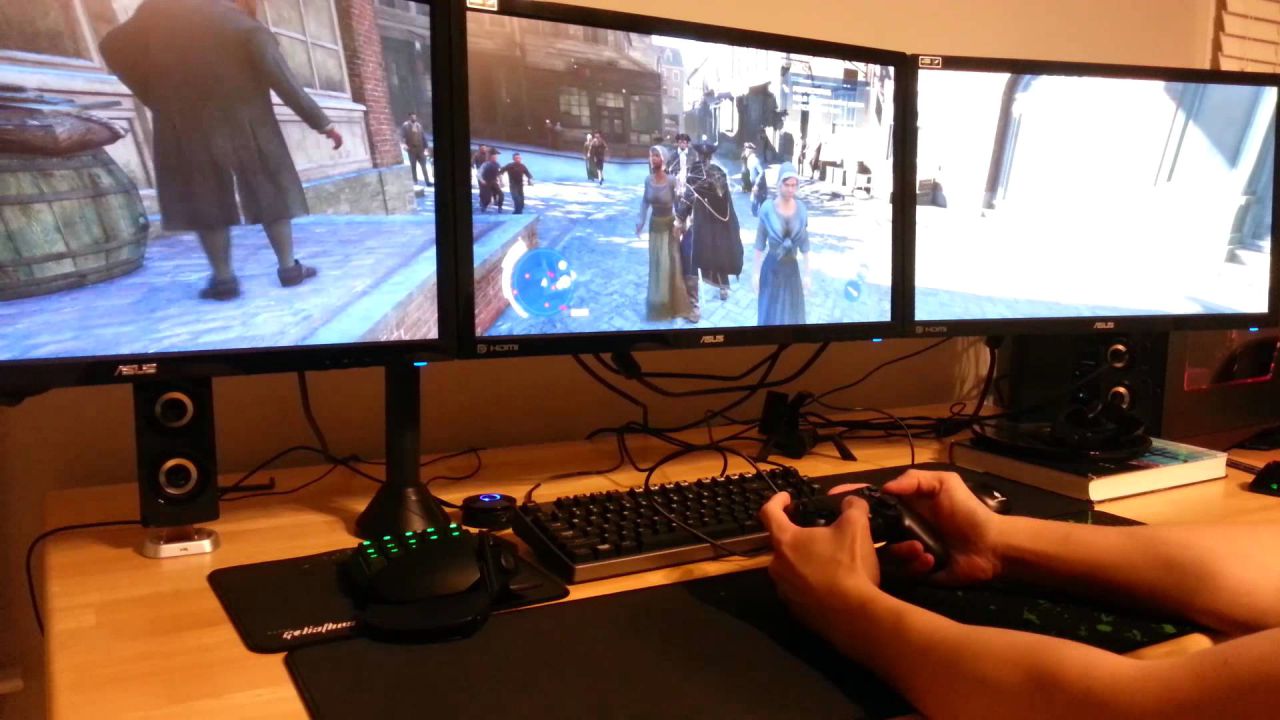 If you’ve got one of those shiny new DualShock 4 (DS4) controllers, why would you want to buy anything else to play a game on your PC. This is especially true for Sony fanboys who’d rather die than buy an Xbox 360 controller just to game on their PC. Luckily, you don’t have to. An unofficial tool has been released that will allow you to connect PS4 controller to PC running Windows 10.

The tool we’re going to be use is called DS4Windows, and you can download it from http://ds4windows.com.

Once finished downloading, extract the package with your file manager (the Windows built-in one works). Be sure to put the two executable files somewhere easy to access, like your Desktop. Make sure you’ve got both. One is called DS4Windows, and the other is called DS4Updater.

Run the DS4Windows application. The first time you run it on your machine, you will be prompted to install some data. We recommend choosing the Appdata installation type since it’s the most compatible.

Once that’s done, click the Step 2 button if you’re on Windows 7 or below. If not, ignore it. Then, connect your DS4 controller via your PC’s USB port.

You can also set up Bluetooth by following the instructions on-screen. 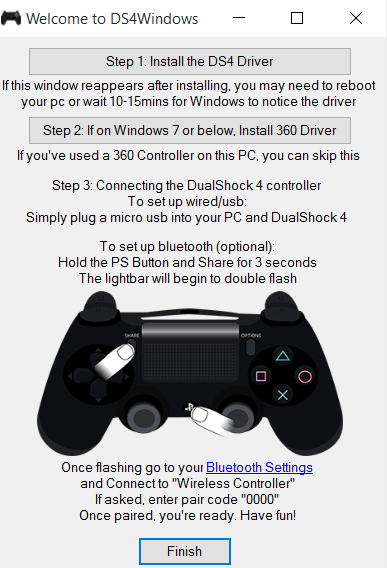 At this point, the controller is already configured to run as a faux Xbox 360 controller, enabling compatibility with 99% of modern gamepad-supported games.

There are some options you can play around with, but you don’t have to. It’s recommended that you scroll through the button list though and see what your buttons are mapped to on the Xbox controller, so you know what to press in the game.

So that’s about it. Enjoy using your new controller with your Windows machine.

There have been some reports about spotty Bluetooth functionality on some machines since the app is still very much in beta, but USB functionality should be solid.

We hope you learned something useful in this guide and please stay tuned for more helpful tips in the future.