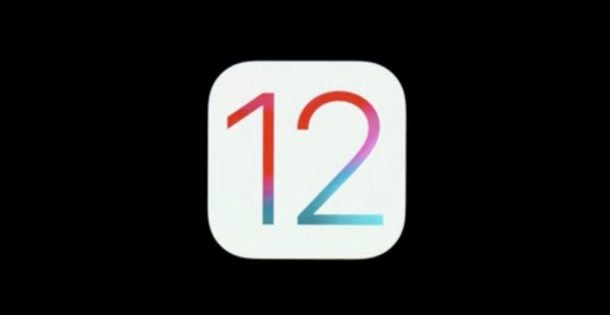 Apple has unveiled the next version of its iOS mobile operating system, iOS 12, for the iPhone, iPad, and iPod touch devices. The final release of iOS 12 will come pre-loaded on upcoming iPhone and iPad devices, which are expected to go official in September.

The Photos App gets improved search capabilities in iOS 12 with search refinements, search suggestions, shared album activity, support for searching places, effects suggestions, as well as people suggestions. Another notable feature included with iOS 12 is called Shortcuts. As the name suggests, it allows users to create rather amazing shortcuts for tasks such as turning off the lights, reminders, reservation, and more.

Elsewhere, popular iOS apps such as News and Stocks have been overhauled to offer improved performance. The News app gets a new sidebar which allows users to easily find their favourite subscriptions. The Stocks app, on the other hand, has received a major redesign and gets integrated with the News app so users can find the latest stock related news. The Stocks app is now also available on the iPad.

iBooks has now been renamed Apple Books which brings a brand-new interface along with an improved library. Also, the CarPlay app gets third party integration and now supports third-party navigation apps.

Another interesting feature coming to iOS 12 is Grouped notifications. The feature essentially allows users to sort notifications on the basis of categories. In addition, iOS 12 will also inform users about the amount of time they spent in front of the screen or their frequently used apps.

“In iOS 12, we’re offering our users detailed information and tools to help them better understand and control the time they spend with apps and websites, how often they pick up their iPhone or iPad during the day and how they receive notifications,” said Craig Federighi, Apple’s senior vice president of Software Engineering.

As for the devices that will get iOS 12, all iPhone, iPad, iPod Touch devices currently running on iOS 11 will be compatible and this update is scheduled to arrive by the end of Q3 2018.