Apple is expected to release iPhone 7 and iPhone 7 Plus (Pro) in grey, blue, tyrant gold, rose gold, and matte black color variants. Revealed by Unicom’s Hong Kong branch, one of the models of the upcoming iPhone 7 will be equipped with dual cameras paired with a new color.

We can spot two dual cameras inside a large rectangular shaped enclosure with a black background. They are followed by one minute and one large hole, probably that of LED Flash. The bottom portion of the device is not visible since the leaked image is a prototype with ‘7’ and not a complete rear side. 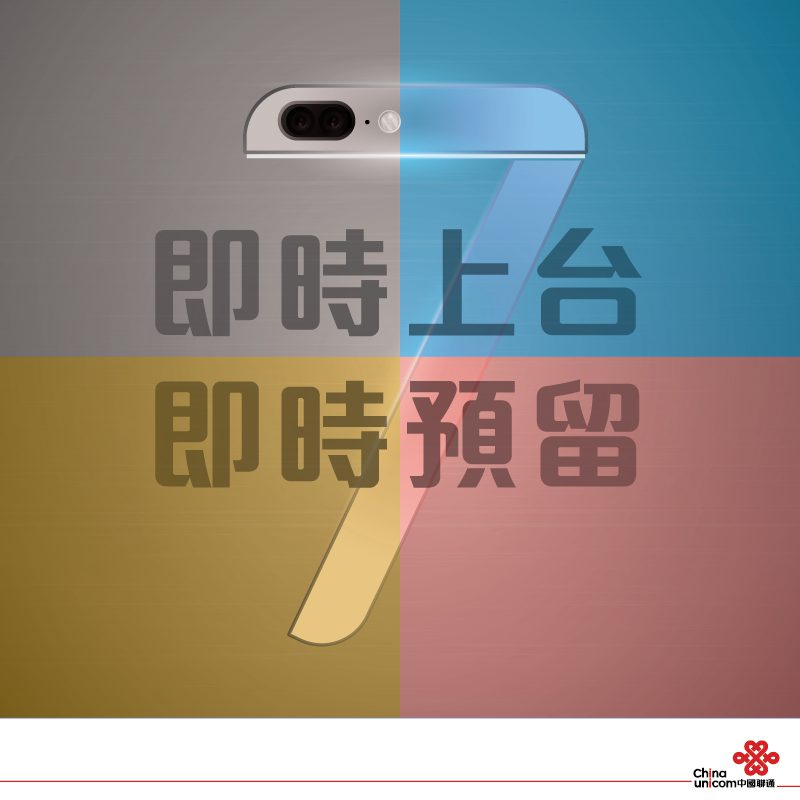 According to sources, the new image is definitely the iPhone 7 Pro. We don’t know the exact name of the color but rumors strongly point out that it will be most likely matte black. The leaked image showcases four color options such as grey, blue, tyrant gold, and rose gold with the possibility of matte black as fifth.

Meanwhile, a Chinese based tech portal, kkj.cn has revealed a single image with all possible iPhone 7 color variants. With the site name on the bottom, the image features five iPhone 7 renders in rose gold, tyrant gold, silver, gray, and dark blue color variants. 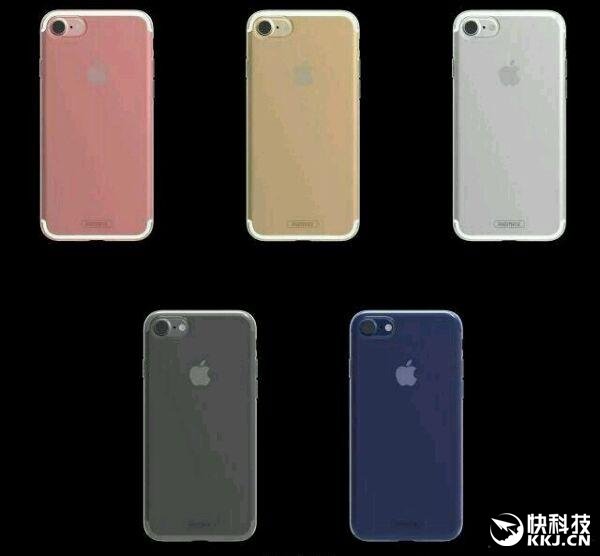 The top left side portion features the rear camera with LED Flash. We can also view the traditional Apple logo towards the middle. The bottom portion is not clearly visible. Hence, we could not infer whether it is speaker grills or some content.

As rumored previously, there will not be any big changes to the design of the new iPhone 7. However, you can expect few changes. The main attraction of the iPhone 7 is the introduction of 32GB as the default storage space by eliminating the 16GB storage. Moreover, Apple will release iPhone 7 up to 256GB storage for premium models.

The antenna bands will be relocated in such a way to provide a sleek and simple mono color rear design. According to rumors, the bands will be placed on the top and bottom edges. There are reports about the possible integration of a smart connector slot to enable you to connect to an external keyboard.

It is almost confirmed that the new iPhone will not offer the traditional headphone jack. It will be replaced with a lightning connector. You will be able to work with it using specially designed earphones. As per reports, Apple will bundle a special earphone alongside a lightning to 3.5mm adapter with the product package.

Apple is also reportedly working with Intel to add the 4G LTE model developed by the company. Moreover, the smartphone will be resistant to both dust and water since the company has already applied for IP68 rating.

We also have credible information from the rumor mills that Apple will rename the iPhone 7 Plus as iPhone Pro by retaining the same features.