Android Phone market is flooded by offering a number of device makers offering products to suit budgets of all people. Gone are the days when to get a Smartphone with a decent camera and display you have to shelve a fortune, a number of Indian, Chinese and Taiwanese manufacturers are offering a wide range of Budget Smartphones.

These phones are primarily running on Google OS Android. We compare a few of sub Rs 10,000 phones that bring value to money.

Priced at a mere 8999 this phone has probably the most value for money. Micromax has repositioned itself from a device assembler to a device designer with the Yu series, and we can expect more phones in the series. The Phone supports full 4G-LTE networks in India. 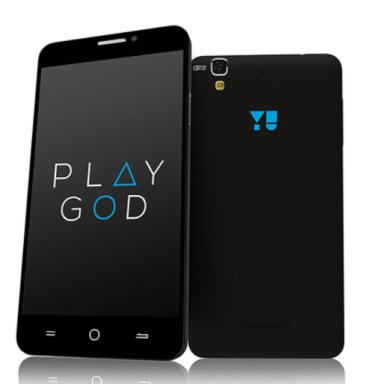 Micromax Yu Yureka is powered by a Snapdragon 615 octa-core processor with 64-bit capability and a 1.5 GHz clock speed and is paired with 2GB of RAM. The Phone runs pretty smoothly without any lags. The smartphone also features 16GB internal storage that can be further expanded using a microSD card. The phone supports dual sim that is a big plus for the users in India.

The smartphone features a 5.5 inch screen with 720 x 1280 pixels resolution that gives 267 ppi and is protected by Cornering Gorilla Glass 3. The Phone also features a 13-megapixel rear camera with a Sony EXMOR sensor and a 5-megapixel front-facing camera.

Yu Yureka can shoot HD videos at 1080p.  On the software front, it runs on Cyanogen OS 11 based on Android KitKat. To know more about Micromax Yu Yureka, read our detailed review here.

Xiaomi Redmi Note 4G is an affordable 4G LTE phone with high configuration. The Phone has a 5.5-inch IPS HD display. The new Redmi deploys a Quad-core 1.6GHz processor from Qualcomm Snapdragon 400. The Phone has Qualcomm’s integrated LTE features. The Phone runs with 2 GB RAM and a 8 GB Flash Memory.

It has a 13 MP rear camera and a 5 MP front-facing camera. The whole unit is powered by a battery that can hold 3100 mAh capacity, and it runs on MIUI V5 that is based on Android 4.4 KitKat. The battery efficient Qualcomm Snapdragon 400 processor coupled with the battery saving features of MIUI has enabled to achieve the most impressive battery performance yet.

The phone weighs 199 grams and is surely on the heavier side, but it packs big screen and a big battery, so it’s justified. To read more about our reviews on Xiaomi Redmi Note 4G and the difference between Note 3G and Note 4G, click here.

Motorola has designed few very good budget Smartphones. The Moto series is one of the bestselling and is packed with features. The new 2nd generation Moto E comes with a slightly bigger screen at 4.5 inch with a resolution of 540×960 pixels and latest Android 5.0.2 Lollipop OS. Motorola has some good features like Moto Display, Alert, Migrate, etc.

The Phone is powered by a quad-core Qualcomm Snapdragon 200 CPU. Moto E offers a very basic primary camera with 5MP auto-focus at the rear and a VGA phone at the front. The display is protected with Corning Gorilla 3 and has oleophobic coating to prevent smudges and fingerprints.

The device offers around 4.5GB of internal storage that can be expanded up to 32GB. This is a dual SIM 3G smartphone and supports 3G connectivity on both SIM card slots. The device is powered by a 2,390 mAh battery that is bigger than Moto E and can easily last an entire day.

Moto E is a featured Smartphone, which is good for users who would like a day of surfing, Emails, Regular calls, light gaming and music. The Phone does not offer a very good camera to rival iPhone or Samsung Galaxy S6 but should work for a phone that costs less than 10,000. A detailed review of Motorola Moto E (2nd Gen) is available at the link.

Huawei has emerged as a serious player in the Indian smartphone market. The most recent Smartphone is the Honor 4X that is launched at Rs 10,000 range and competes directly with the Micromax Yureka YU and Xiaomi Redmi Note 4G. Honor X runs on the 64-bit Quad Core 1.2 GHz Snapdragon 410 Processor, it runs on 2 GB RAM that gives a good performance to the phone and handles most of the tasks effectively.

The Phone has a 8 GB internal storage that is expandable up to 32 GB. Honor X has a 5.5 inches screen with 1280 x 720 pixels resolution. The Display is not great, but it’s acceptable considering the overall features at this price. The design of the phone is simple, but it feels good, the textured back panel of the phone gives a very good grip.

Honor X has got 13 MP rear and 5 MP front cameras. The USP of the phone is that it has Dual Sim, and both the Sim can support 4G LTE which is first for any phone in the sub 10k range. It sports a 3000 mAh battery that delivers very good battery backup. Overall, it is a good phone and can be a good alternative to Yureka YU and Redmi Note.

To get more information on Lenovo A7000, click here.

LT2000 features a 5.5-inch HD display with a screen resolution of 720 x 1280 pixels and has a scratch resistant Dragontrail Glass on its top. The impressive display of offers enhanced touch sensitivity and perfect light transmission so that you can view your mobile screen comfortably even in sunlight. 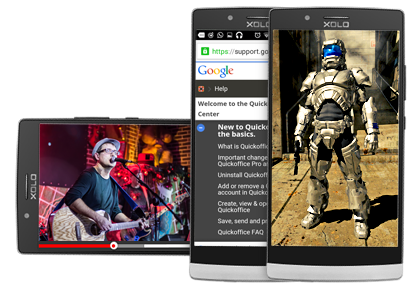 For the more details about XOLO LT2000, you can visit our full review here.

Asus Zenfone 5 is powered by Intel Atom 2.0 GHz processor. ZenFone’s PowerVR SGX 544 MP2 GPU packs a serious punch – both in games and during general use. Asus Zenfone 5 features a dual sim. The ZenFone 5’s is simple and clean.

It has rounded edges, a curved soft-touch plastic back and touch-sensitive buttons located below the screen. The 5-inch HD display has a 1,280×720-pixel resolution, for a density of 294 pixels per inch. Zenfone comes with a fixed 2110 mAh battery.

The dual-sim based phone is powered by a Quad-core ARM Cortex – A7 processor from Mediatek. The Phone has a 2 GB RAM and an internal memory of 8 GB, which can be expanded to 32 GB by adding a microSD card. Canvas Juice 2 features a 8 MP camera at the rear with a video recording of 720p@15fps with a LED flash and a front camera of 2MP.

The Phone has a 5 inch IPS High-Definition display with a display support of 720×1480 pixels. The Phone sports Cornering Gorilla 3 to provide extra safety.  The Phone runs on Android 5.0 Lollipop Operating System.

The latest Micromax Canvas Juice possesses never-before features including Notifications on the lock screen, Priority Mode that customizes app usage for faster access, and Pin Apps that limits the access of applications for external users.

The Smartphone comes with strong 3000mAh Marathon Battery that gives you the freedom of browsing, chatting, gaming and more throughout the day.

12 hours ago
There are no comments yet No comments